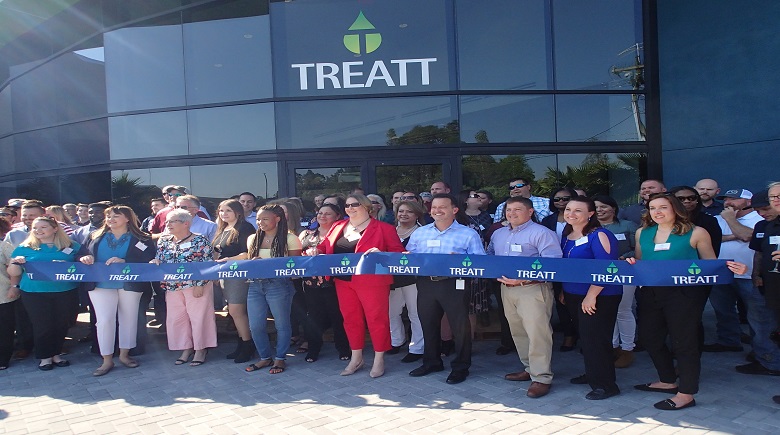 If you’ve ever taken a sip from a cool, refreshing citrus beverage, or breathed in the aromatic fragrance of your favorite body wash or laundry detergent, chances are those smells and tastes were derived from products developed in a facility in Lakeland.

Utilizing more than a century’s worth of experience and expertise, Treatt USA has been creating fragrances and flavors that have proven to be a real “treatt” to the senses. The company develops more than 3,000 products from a diverse array of smells and tastes sold to customers in more than 90 countries, its website states.

Originally a U.K.-based company, Treatt opened its U.S. subsidiary, Treatt USA, in 1989, with its first facility in Haines City. In 2002, it later moved operations to a facility in Lakeland, where it has flourished and expanded ever since.

Nearly 16 years later, Treatt USA in Lakeland has since received a facelift to both its brand and facility, receiving a 65,000 square foot-expansion which includes a remodel to its office space and the construction of a new office building and manufacturing center. 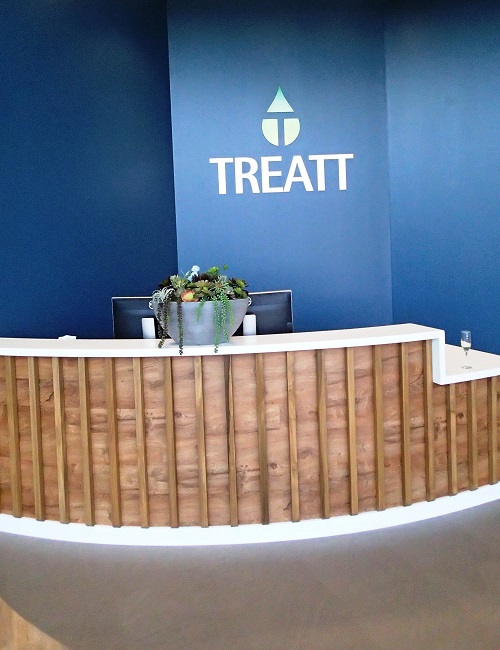 These new refurbishments were officially commemorated through a ribbon cutting ceremony hosted by the Lakeland Chamber of Commerce on Thursday afternoon. Lakeland Mayor Bill Mutz not only attended to help cut the ribbon, but to also commented on how much of a real “treatt” the new facility was. 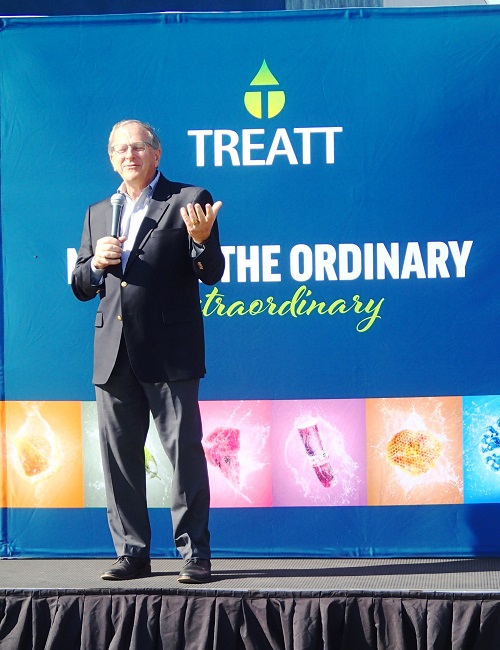 Mutz mentioned how the company has been a long-time employer within the community since moving there more than a decade ago. Not only has the facility provided employment to many local residents, but the employment it has provided has trained many residents who now work in other sectors. He even mentioned how one of his own staff members previously worked for the company before later returning to work for the company once again.

The expansion to the facility itself signifies overall economic expansion, not only to Treatt USA itself, but also to the local economy. Mutz hopes that these refurbishments will encourage more people to consider working within the city, and in turn, moving and living there as well.

“What we have happening here in Lakeland and throughout Polk County is so wonderful, and we are at a cusp in time where it will grow dramatically even faster,” he said. “So having this presence, having the ability to draw employees here, being able to improve the educational opportunities in our area, all make this a place where you will be glad you made an investment in.” 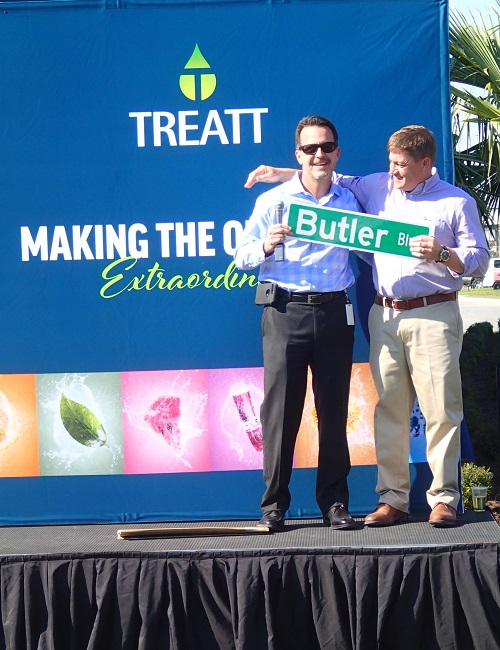 Douglas Rash, Group Vice President of Global Sales, echoed the mayor’s sentiments by highlighting the growth that led to the facility’s expansion and refurbishment. Treatt USA has experienced nine years of record growth, and is on track to enter its tenth consecutive year, he said.

“As a result today, we supply the leading goods company in the world with the largest brand,” he said. “We have outgrown our footprint. We now need more expansion. We have the ability to continue supply and develop new business with new customers. We have the footprint to follow demand and exceed customer expectations.” 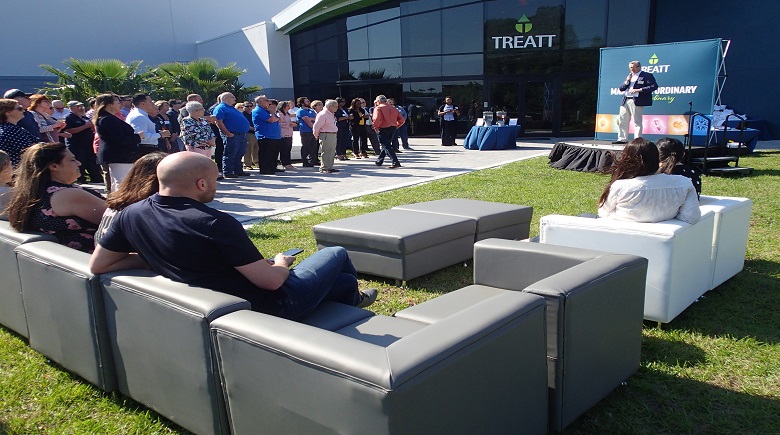 This growth has been spurred by his company’s commitment to people, which includes providing an upbeat, energetic workplace that inspires its employees to give their all, he said. Such an upbeat attitude is one he sees every day when he and his sales team walk into the building each morning, and it is this attitude that will keep their company moving forward, he said.

“So as we look forward, we look into the future with confidence and enthusiasm,” he said. “We had the products, we have the footprint, and now we have the extra capacity. But more importantly, we have the people. So let’s make this year number ten and really take the business to the next level.”

Tim Jones, Chairman of the Board, elucidated on his company’s commitment towards people. Ever since it was founded in 1886, Treatt has thrived due to maintaining connections with customers and clients, fostering lasting relationship that has allowed the company to continue on for more than 130 years.

“There has been constant change, but our company has stayed true to its core values, and have thus continued to grow,” he said. “So much so, two-thirds of global profit comes from people. It is Treatt USA that makes that possible…Everybody in Team Treatt USA, you are all fantastic.” 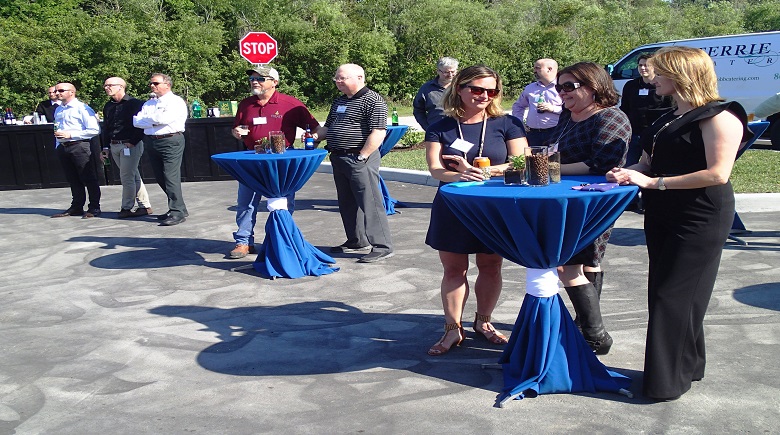