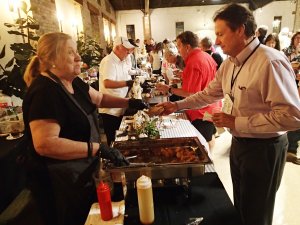 Pork belly bao tacos, sweet and sour shrimp, and beer cheese fountains were some of the great tastes of Winter Haven showcased at the fifth annual fundraising event of the same name. 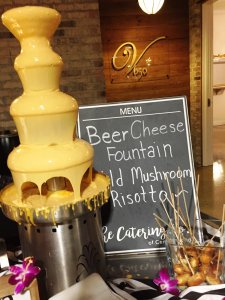 Taste of Winter Haven was hosted for the fifth consecutive year to raise funds for the Winter Haven Chamber of Commerce and its many programs within the community.

More than 20 local eateries attended this year’s event to offer a diverse selection of tasty treats and fine drinks, ranging from barbecue pork and chicken wings to Korean beef bao and chicken fajitas.

This year’s event was hosted at Venue 650, a local event space near downtown Winter Haven that opened last April. Taste of Winter Haven is often hosted outside the Chamber, but the event was moved to its new location to offer a larger indoor space, explained Katie Worthington, Chamber CEO and President.

“Normally, we do it outside by the Chamber, but I love the low risk of the weather doing it inside here, though it is a lovely night tonight,” she said.

At their new location, guests could either enjoy the food and festivities indoors or go outside on the patio to enjoy the brisk evening weather and live entertainment. 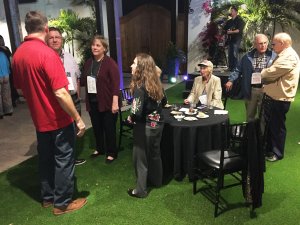 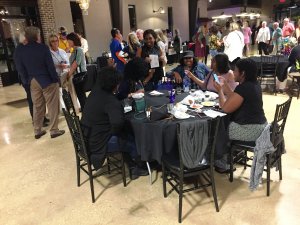 Also new this year were the selection of craft beer venues, with wine and beer tasting provided by Florida craft breweries such as Grove Roots and M.I.A. Beer Company.

The date for the event was also changed this year. Taste of Winter Haven is normally hosted on the second Saturday of each March, while this year’s event was hosted on a Thursday.

This year drew in a larger attendance, both of food venues and attendees. More than 500 guests attended that evening, and this year saw the largest number of resturaunts serving food with more than 20 local eateries. 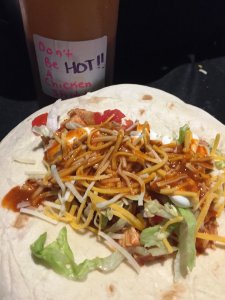 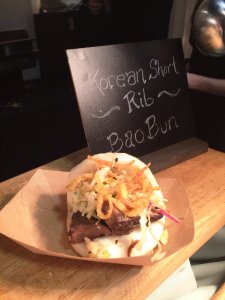 “If there is anything that will draw people out here to Winter Haven, it is food and drink,” she said. “We have different corners of the community who come to this event. You have your normal Chamber crowd people, but you also have the general public coming to enjoy local food places.” 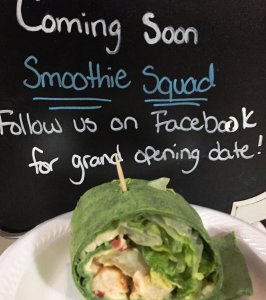 With her eatery set to open soon, she decided to help promote it that evening by serving organic buffalo wraps, Caesar salad, and banana and strawberry almond milk smoothies.

Many guests were quite intrigued by the food that Keer and her crew had to offer, and were more than anticipating the opening of her new eatery, she said.

“We loved being able to talk with people we’ve never met and networking with people and others, it has been a great turnout, we love it,” she said.

Jay Madden, an employee from Tempo 1930, also attended this event for the first time this year, though his employer has been attending the event since his cafe opened two years ago.

Madden helped serve his place’s famous meatballs, as found within their meatball sliders and apps. Such appetizers are only a few of the selections, from Cajun shrimp pasta to fresh beignets, served at their downtown location.

“It is a great location,” he said. “We have a full bar, a full extensive menu, live entertainment, I can’t go on, there is too much to go on, it is a great place.”

Madden himself loved being able to attend the event and talk with the different people there, especially new and potential customers. He certainly considers visiting again next year.

“This is a great group of people,” he said. “I am definetly coming back again and we hope to have a better setup next time so we can really wow people. On a scale of one to ten, I’d say it was a great 8.59.”

Greg Gay, co-owner of Tanners Lakeside, attended once again this year, with this one being his fourth. As always, he served shrimp and grits, which proved as popular this year as last year. 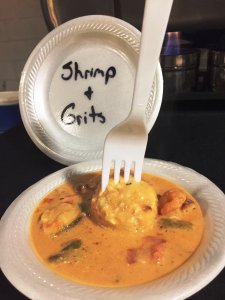 “We have been told that our shrimp and grits are the best around,” he said. “We get that same comment tonight. They love them.”

Gay loves being able to see old and new faces, especially people that he only sees a few time each year there. Though he was skeptical about the move to a new location, the turnout for this year’s event more than subsided his skepticism.

“I was a little bit concerned about moving it from downtown,” he said. “[I was] a little more impressed, and we get to see everybody. It is the largest number of vendors I have seen.”

If you missed out on experiencing the great tastes of Winter Haven, don’t worry! Many of the people serving that evening serve their great tastes all year round at their locations. Feel free to check them out here in Polk County: 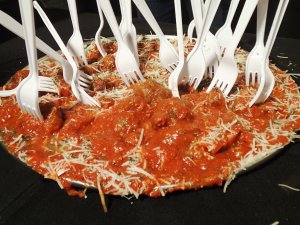 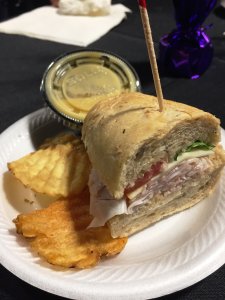