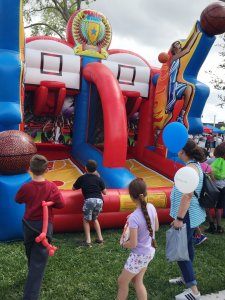 Three years ago, Jeff Skipper started Redeemer Southwest Church. His church meets at the Howard Johnson hotel beside Wawa along US Highway 17.

Upon learning about the annual CommunityFest in Downtown Winter Haven, he and a few members from his congregation decided to join the hundreds of other local organizations as a vendor at the event.

Their booth featured several cards advertising their upcoming Easter sermon, as well as a full-sized Plinko game similar to the one featured on “The Price Is Right.”

Their game, of course, drew in many curious children who had the opportunity to play the game and win candy while the church members talked with their parents about the church and its services.

“The younger generation has never seen [Plinko], but they are very drawn to it, and the older generation think it is fun,” Skipper said. “Every kid who comes by wants to play.”

With this being their first time attending this year, Skipper was more than impressed by the turnout and the camraderie shared by the attendees.

“We would love to do this again next year,” he said. “It has just been fun, so many people come by seeing old faces that I know because I grew up here, and just being aware of all the businesses and organizations that I did not know about.”

His booth was one of nearly one hundred others vendors hosted by local organizations and businesses within the Winter Haven community for this year’s CommunityFest hosted on Saturday.

For the fifth consecutive year, Winter Haven residents could enjoy the camraderie of the local community with games, food, and entertainment as provided by local businesses and organizations. 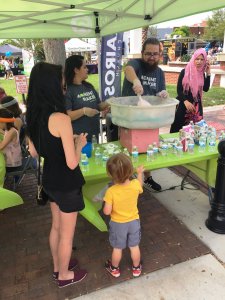 This year saw the event utilize the new South Central Park area, with more than 100 booths set up offering free items and information about their local businesses.

Children could frolic around in the bounce houses, play carnival-like games for candy prizes, and even meet several costumed guests attend the event, including Spider-Man, Batman, Moana, and Princesses Anna and Else from Disney’s “Frozen.” 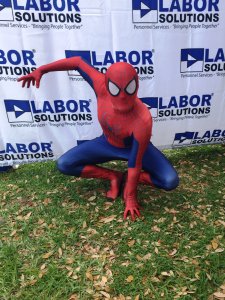 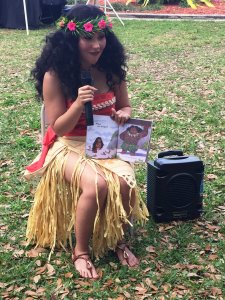 Citizens Bank And Trust served as the main sponsor for this year’s event, and has been serving as a sponsor for the past three years.

As a community bank, the bank has a vested interest in giving back to the local community, and being able to do so through a grand community get-together such as this proves most ideal, explained Denise Vickory, assistant sales officer.

Since starting nearly half a decade ago, the annual event has grown in leaps and bounds, especially with the park having recently expanded with its new South Central Park location.

Katie Worthington, Chamber CEO and president, as a new mother herself, appreciates how this annual event offers free family fun for the entire community, none of which could be possible without the support of local businesses and the interest from the local community.

“It brings together every corner of the community,” she said. “We will continue to do it every year for as long as the community is happy with it.” 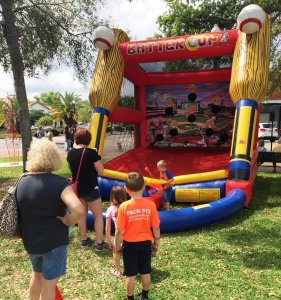 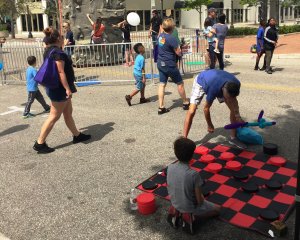 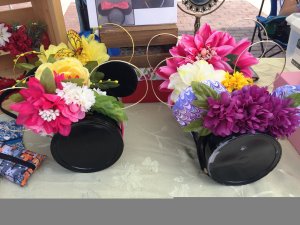