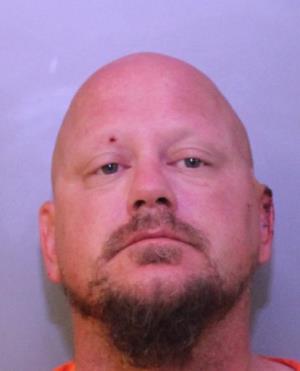 Two men remain in the hospital after an argument resulted in them both being stabbed at a local bar.
On 3-2-19 just before midnight, 41 year-old Carmelita Sinkler was sitting inside of her vehicle in the parking lot of Caribbean Bay, located at 1004 Lake Howard Dr. SW in Winter Haven. A vehicle driven by 40 year-old Jeremy Keefe entered the parking lot with loud music playing. Sinkler began yelling at Keefe about the music playing and a verbal argument ensued.

Sinkler’s husband, 46 year-old Jason Sinkler (DOB 10-9-72, of Winter Haven) exited the bar and immediately went over towards the vehicles. Keefe got out of his vehicle and the verbal argument turned physical.
Jason Sinkler pulled out a pocket knife and stabbed Keefe multiple times in the chest, abdomen and his arms. A friend of Keefe’s, 41 year-old Kristopher Hobbs, who was also at the bar, ran over to the confrontation when he heard the commotion. Sinkler turned and stabbed Hobbs multiple times as well in the abdomen, chest and arms.
During the altercation, Jason Sinkler received cuts on his hands and was hit on the head with a beer bottle. Carmelita Sinkler was also cut on her right thigh, but didn’t need medical attention.
When officers arrived, they found Hobbs and Keefe with significant injuries and they were both transported to Lakeland Regional Health with critical injuries. Jason Sinkler was treated at Winter Haven Hospital for minor injuries. At this time, both Hobbs and Keefe remain in the hospital.