Have you ever eaten loukoumades? Worn a foustanella? Danced the kalamatianos? Unless your family has Mediterranean heritage, most likely, it’s all Greek to you. 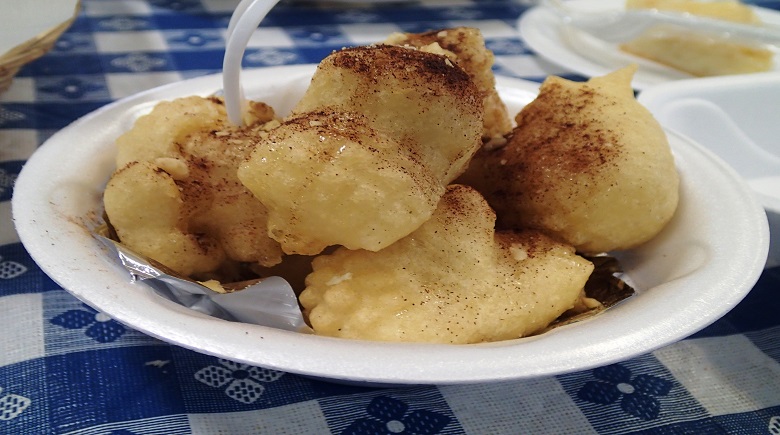 Last weekend, the annual Winter Haven Greek Festival offered the opportunity for local residents of Greek heritage to celebrate their cultural traditions while sharing it with non-Greek residents.

The annual event was hosted at St. Sophia Greek Orthodox Church in Winter Haven. Outside, guests could peruse local vendors, listen to live entertainment, and allow their children to play within the bounce house. Inside, they could enjoy traditional Greek cuisine, peruse Greek grocery items and other merchandise, and enjoy performances of traditional music and dance. 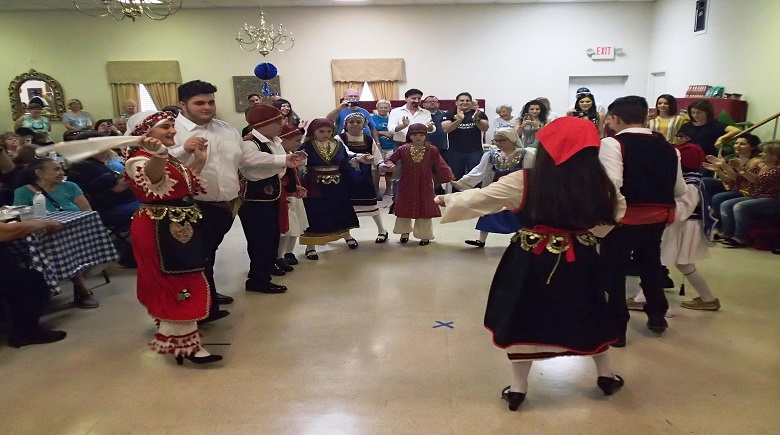 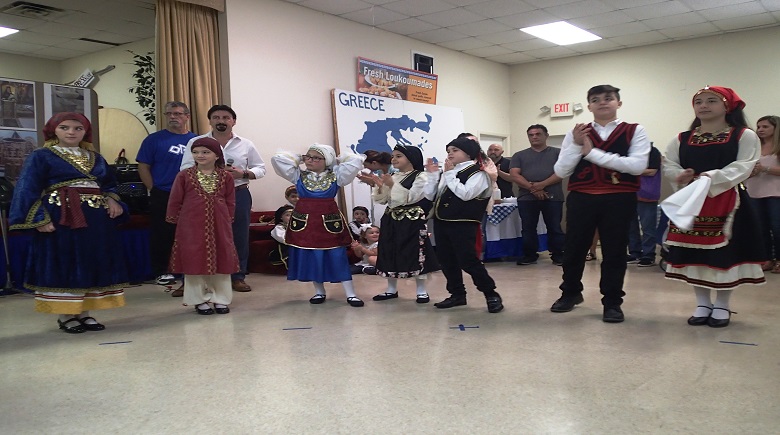 For lunch, guests could enjoy a buffet of traditional Greek cuisine including baked pasta (pastitsio), spinach pie (spanakopita), and eggplant-potato shepherd’s pie (moussaka). They could also purchase several Greek baked goods like baklava and loukoumades, the latter of which is baked dough topped with honey, powdered sugar, and nuts. 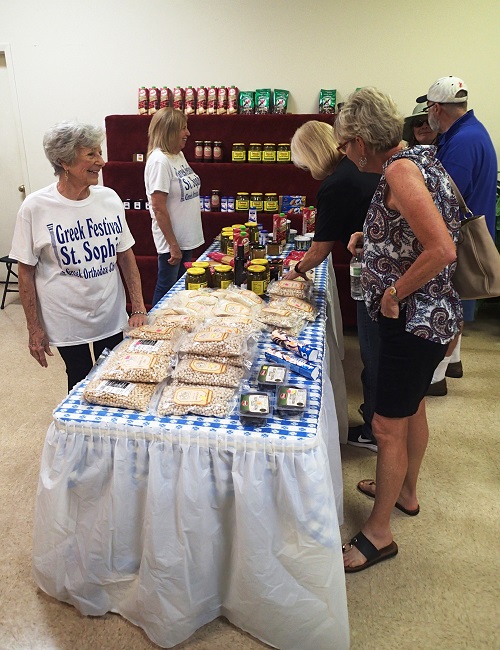 Also available for purchase within a special “grocery store” setting were several Greek grocery products including grape leaves, Kalamata olives, and gigante beans, many of which are rare and only available in special novelty stores. 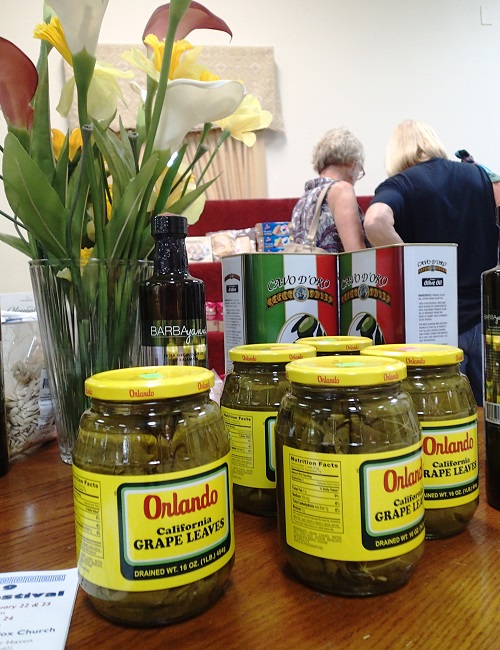 Vicki Orfan, a church member for the past ten years, has been attending and volunteering for the Greek festival during that time. Often she can be seen at the food line serving traditional Greek delicacies, her favorite being pastitsio. 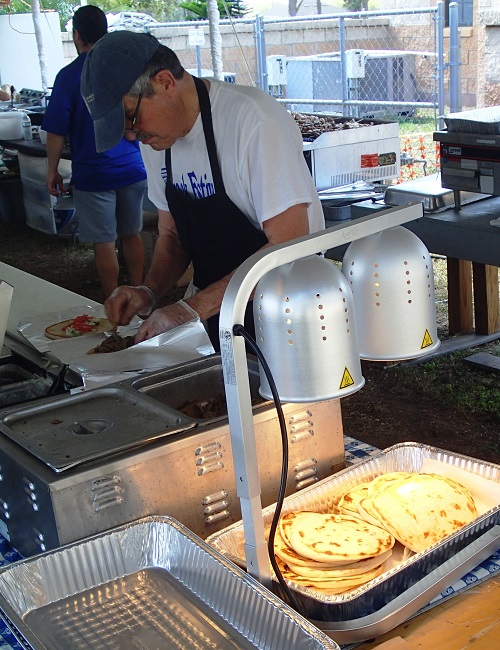 Aside from serving good food, she enjoys being able to watch the children celebrate their heritage through song and dance. Orfan is willing to do anything to help out the celebration, even if it’s simply washing the dishes.

As someone who helps serve the food, she appreciates the different kinds of Greek cuisine served, from gyros, lamb shank, and even rare delicacies such as octopus, calamari, and flaming cheese.

“There is so much to choose from, especially from the bakery, which is out of the world fantastic,” she said. “It is wonderful to see our community come out for a festive occasion.”

The Greek festival has been hosted for the past 32 years, allowing local residents of Greek heritage to celebrate their culture with others within the community.

Originally, the event had been hosted at the Nora Mayo Hall, but had since grown and moved to various venues such as the Orange Dome and its current home at St. Sophia Greek Orthodox Church, explained Dana Lindberg.

Lindberg himself has been with the event since the beginning. He appreciates how the annual event has grown in size, which is a testament to the cooperation within the local Greek community, as well as how the local community has embraced their culture, he said.

“I love the camraderie by far,” he said. “So many people here are dear friends.” 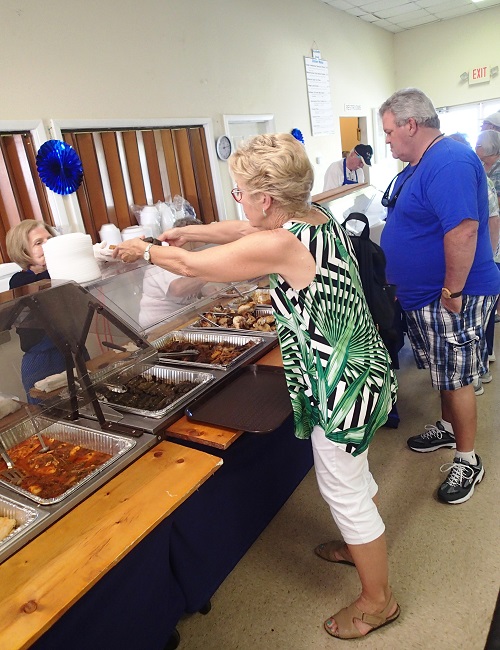 Father James Rouskais has served as the priest of the church for the past three years, and has overseen the festival during that time. He was originally retired after 48 years, but after relocating to the church, there was a vacancy for a priest which he has since taken, he explained.

“We do this each year,” he said of the festival. “Many of the Greek Orthodox churches do this to share their heritage. So it is an opportunity to share, and an opportunity for our parishioners to work together.”

Being able to put on a large event such as this requires a lot of preparation, which the church congregation is more than willing to provide, he said. With the event being well-received by the community, it continues to grow bigger and better each year.

Not only has the annual event proven popular among the local Greek community, which remains vibrant within Winter Haven, Bartow, and Lakeland, but also with the local community as a whole.

“The people of the area know about us and they look forward to this,” he said. “We get many telephone calls, even before we start advertising, asking ‘when is the festival?’ So it is something the community looks forward to.” 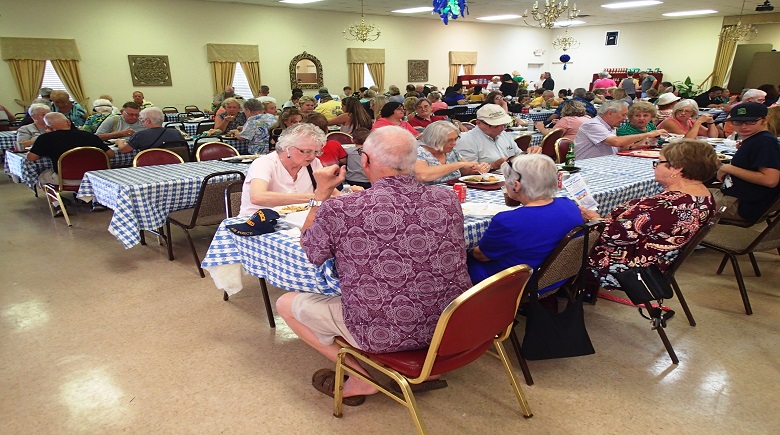