Update:
The picture below is of a person of interest related to the case. This woman recently used Cervin-Gomez’ debit card so we’re trying to locate her to help us track down his whereabouts. 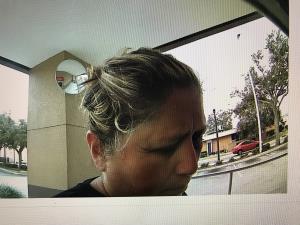 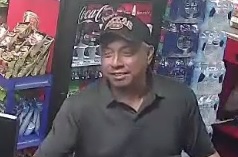 PCSO is actively searching for 48-year-old Bionel Cervin-Gomez of Davenport who has a warrant for his arrest for leaving the scene of a crash with serious bodily injury. Doctors later determined that an unborn child died as a result of the mothers’ trauma suffered during the crash.  The mother had been 8 months pregnant.

On Saturday, February 9, 2019, deputies responded to a crash involving three vehicles near Highway 17/92 and Shamrock Drive in Davenport. Cervin-Gomez was driving a GMC Truck when he violated the right-of-way of a Chevrolet Aveo, driven by 22-year-old Courtney Belser, who was pregnant. There was a one-year-old girl riding in the Aveo as well, who was not injured. The truck also struck a Ford van driven by 23-year-old Mario Albaladejo, who was uninjured. Cervin-Gomez fled the scene on foot prior to the deputies’ arrival.

Ms. Belser was later transported to Osceola Regional Medical Center as a precaution since she was 8 months pregnant and her unborn son was determined to be deceased.  All others involved in the crash received medical attention at the scene and did not require transportation to any hospitals.

During the investigation, deputies obtained video surveillance that showed Cervin-Gomez purchasing beer at a convenience store two hours prior to the crash. They also discovered the GMC Truck had been recently purchased by Cervin-Gomez. Deputies conducted a search of three different residences, but could not locate him. He has no driver’s license on file in any state. An I.C.E inquiry was completed and deputies learned that Cervin-Gomez is a previously deported immigrant who returned to Mexico in 2000. He does not have current legal status to be in the United States.

All local hospitals were contacted and law enforcement agencies have been notified to be on the lookout for Cervin-Gomez.

“Not only is Mr. Cervin-Gomez here illegally, he caused a crash that ultimately took the life of an unborn child. He was operating a vehicle without a license and fled the scene, both violations of the law. In light of his earlier purchase of alcohol, he was also very likely intoxicated at the time of the crash. We have been working hard to locate him and charge him for not stopping to render aid to the victims of the crash he caused. ” -Grady Judd, Sheriff