Valentine’s Day is here, a time when people show their love for who or what they cherish most. For Zachary Kirkland, 14, what he loves most is being able to help out children at the hospital by giving them bags of donated items through his non-profit organization, Silly Socks Saturday.

Last Sunday, he and nearly two dozen people expressed their love for his organization by painting pictures and raising money through a fundraiser at Painting With A Twist in Winter Haven. 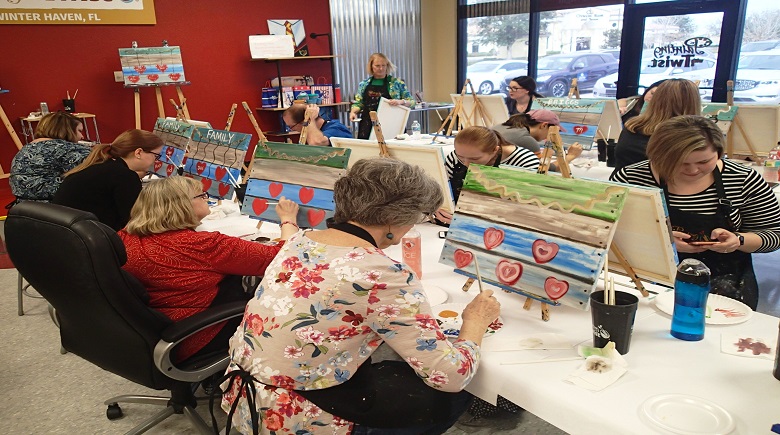 During the event, he and the other participants spent two hours following the direction of an art instructor as they created paintings expressing their love for their families, friends, and other loved ones. 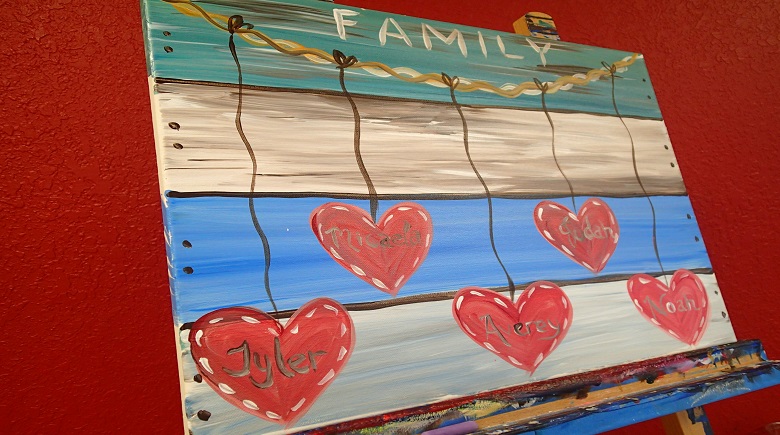 Each participant painted a portrait of a string of red hearts hanging before a rustic wooden wall. Some of these hearts contained the names of those that they loved most.

Overall, their fundraiser managed to raise nearly $300 for Silly Socks Saturday. The proceeds will go towards collecting toiletries, small toys, and other items to be placed within bags and donated to children staying at Lakeland Hospital.

This was the second time that Silly Socks Saturday hosted such an event at Painting With A Twist, a local art studio that hosts art lessons and other private events involving painting. Being able to participate with a diverse selection of people in order to help out his cause was the best part of the event, explained Kirkland. 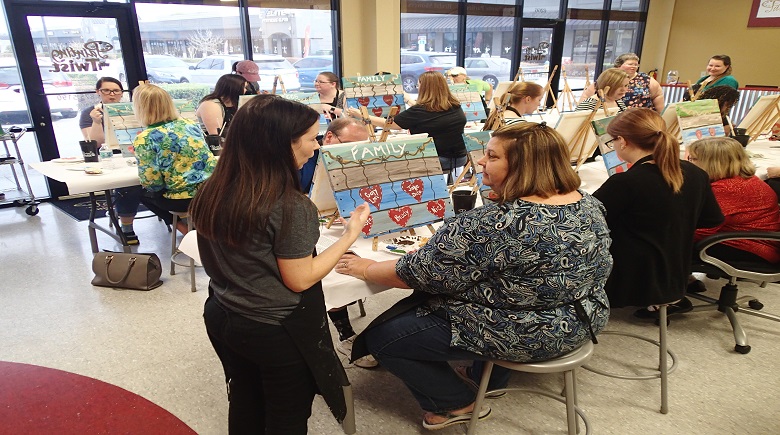 “I love being able to be here and getting to unite people for a common cause,” he said. “It invites different people to come and have a good time. You are able to socialize and paint a picture to take home. It reminds you of the event and having so much fun.” 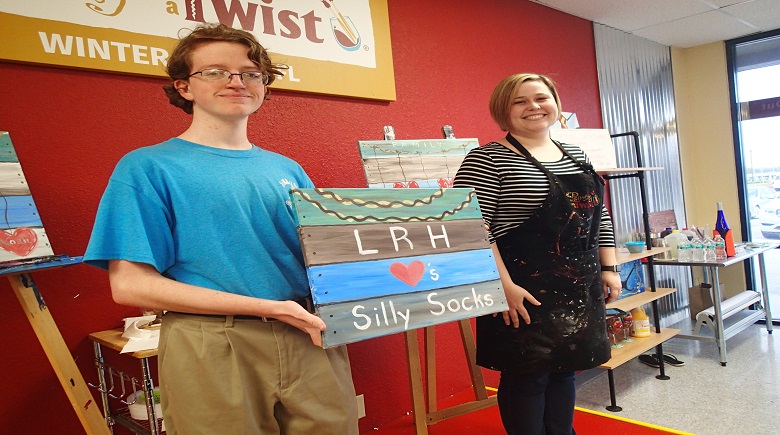 What started as a class project for him at Bok Academy North in Lake Wales has since grown into a full-fledged non-profit 501c3 organization, and has reached such acclaim within the past two years that it has been acknowledged through many awards, including a grant from Disney Be Inspired.

Kirkland could not do what he does on the second Saturday of every month without the support that he receives from the hospital, his board of directors, and especially from his local community, and he only expects his organization to grow and expand even further.

“It’s definetly turned into something,” said Dianne Foricer, his mother. “Just being together with people within the community, sharing what Zachary is doing, and having fun…[this event] is just a good day to network and talk with people and spend some time and make some friends.” 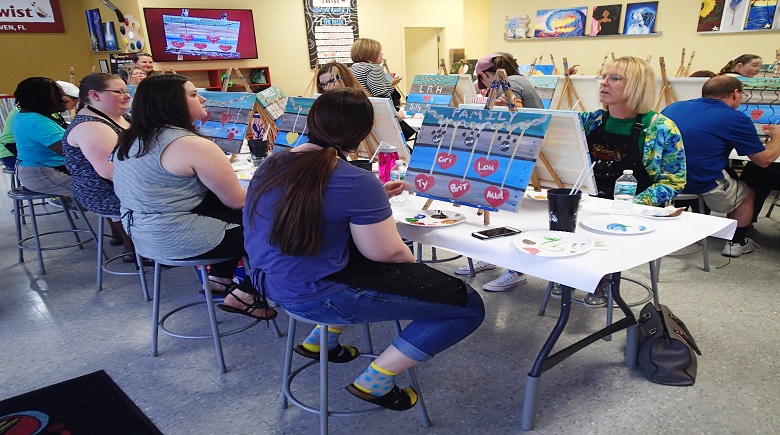 The art instructor for the event, who wished to remain anonymous, has been helping out at Painting With A Twist since it opened two years ago. Most event range about 15 people, so having more than 20 was rather good, he said.

“Zac is very good at planning these out, so we have no issue whatsoever,” he said. “I think it is awesome. To do something like this, it speaks for his generation.”

Silly Socks Saturday plans on hosting another fundraiser at Cypress Lanes in Winter Haven sometime this summer. For more information about upcoming events and about the organization, visit their website at: https://sillysocksaturdays.com/ 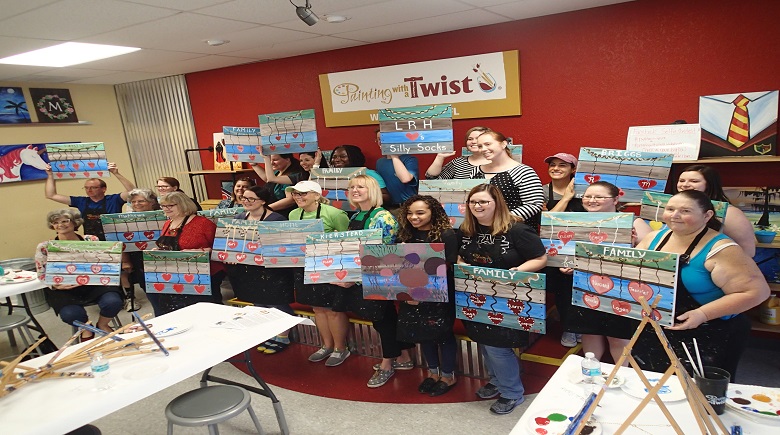