Despite the weather dipping into the low 40s that night, several dozen people congregated outdoors at The Poor Porker in Lakeland on Monday evening to enjoy a warm dinner with food provided by local farms. 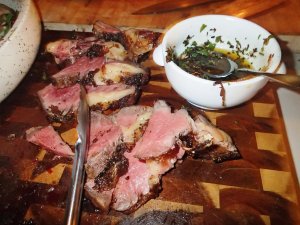 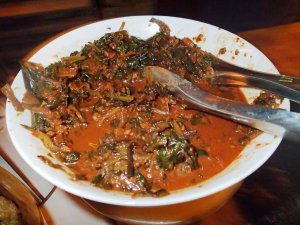 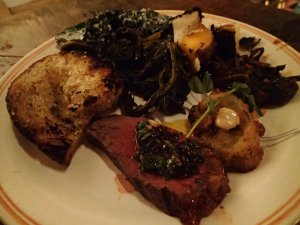 Providing the lion’s share of produce that evening was Crum Brothers Family Farms from Winter Haven. The local Lakeland farm has been doing business with Nutwood for the past year, providing a fresh delivery of produce to the Winter Haven eatery every week, explained Will Crum, one of the titular Crum Brothers.

His family’s farm grows everything and anything from kale and tomatoes to pea shoots and watermelon. The dinner that evening showcased a diverse variety of what his farm grows, as well as showed appreciation for the services his farm provides to local eateries such as Nutwood.

“We appreciated that people got to come out and eat food that was harvested earlier today within hours of the harvest, and the chef got to do his thing and cook amazing food,” Crum said. “He is a great chef, and we believe in chefs and farmers working together in a symbiotic relationship. It is about bringing the produce right to the table farm-to-fork.”

Will’s cousin, Erik Fry, has been helping with their family farm for the past few years since moving from the West Coast. Erik had previously lived in San Francisco and Portland before deciding to return to his family’s rural roots in Florida, as he had been born and raised on a farm in Ohio.

What drew him to Lakeland was the overall sense of community, with the city’s size and population reflecting the country’s cultural identity, he explained.

“It is a good cross section of the country, with Lakeland being a mid-size city as opposed to a small town or a large city,” he said. “I think that Lakeland represents what is going on with the world in terms of politics and culture change.”

Not only does Fry support his family’s endeavors in providing fresh organic produce to local eateries, but also doing so through sustainable agriculture with a focus on reducing their carbon footprint and their use of pesticides and other chemicals.

“As local organic farmers, we try to sustain the land as much as possible,” he said. “It is really nice to see a restaurant like Nutwood that wants to use organic produce…and I think customers really appreciate that.” 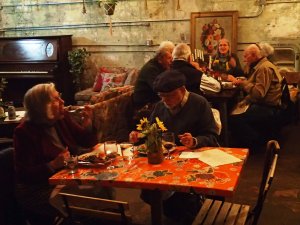 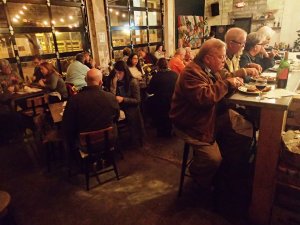 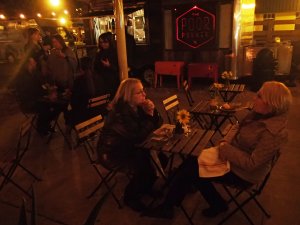 Chef Steven Rojas, head chef and owner of Nutwood, has been owning and operating his eatery in Winter Haven for more than a year. As a farm-to-table restaurant owner, he prides himself in doing business with local farms to obtain all his produce and meats.

He and the farmers he works with decided to host this inaugural harvest dinner as a way to show his appreciation for the local farms, as well as to better showcase their produce and meats to local residents.

“This is our first time, and it won’t be our last,” he said. “I think we had a really good turnout. A lot of people are excited for what we are doing. I think there is a lot of people wanting to see more of this.” 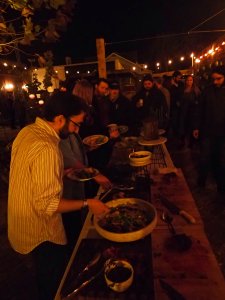 While farm-to-table restaurants may seem cliché and trendy, Chef Rojas remains true to his intentions of serving food from local farms straight to the table of his customers. What better way to honor such business than with a big dinner such as this, he said.

“I think this is a great, awesome event,” he said. “I feel honored that he had this for the farmers…and to show everybody that he is true to what his restaurant style is: that he is farm to table, that he is using local ingredients from farms around town.”

For the past year and a half, his local farm has been raising poultry, pork, and other meats served in local establishments such as Nutwood. He especially loves Nutwood for the way that Chef Rojas prepares his produce.

“I don’t [want] anyone else cooking our chicken but him,” he said. “He doesn’t just cook chicken. He is a true chef. He puts his style and touch on it, and it makes my chicken looks good to everyone who eats it.”