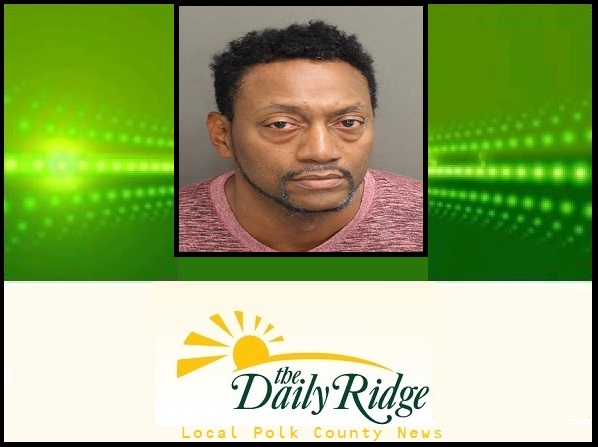 On Tuesday, January 29, 2019, PCSO detectives who were conducting a battery investigation (between two students) at Ridge Community High School in Davenport and taking a juvenile suspect into custody related to that investigation, issued a warrant for the arrest of 39-year-old Marcus Franklin of Orlando, for battery on a law enforcement officer (F3), and resisting arrest with violence (F3). Franklin physically intervened during the arrest of a suspect at the school, causing injury to one of the detectives. Franklin is employed at the school as the Director of Guidance Counseling.
“Why on earth Marcus Franklin thought it was okay to insert himself into a law enforcement investigation and then place his hands on and shove one of our detectives, is beyond me. He now faces at least two felonies, with more charges pending related to his obstruction of justice. This entire situation could have been avoided if he had assisted our detectives with taking a battery suspect into custody instead of fighting with them and interfering with their investigation.” – Grady Judd, Sheriff
The following is an excerpt from the probable cause, and is self-explanatory:
On 29 Jan 2019 PCSO Detectives Barbara Marshall and Deanna Higgins went to Ridge Community High School located at 500 Orchid Drive in Davenport to interview a victim and a suspect in a battery case. Detective Marshall was wearing her agency issued jacket with the word SHERIFF on the back and a badge on the front along with her badge on a chain around her neck. She was also wearing her agency issued firearm on the outside of her waistband. Detective Higgins was wearing her badge on a belt clip and her agency issued firearm on the outside of her waistband.
Through the interview and investigation probable cause was developed to arrest the female juvenile suspect for battery. The detectives attempted to take her into custody at which point a tussle between the detectives and suspect started as the suspect attempted to escape. Detectives called for backup units.
A school staff member, Marcus Franklin, entered the room during the tussle. Marcus then interfered with the arrest as he began pushing Detective Marshall away from the suspect. Marcus then placed himself between detectives and the suspect in an attempt to shield the suspect. As Detective Marshall continued to try and take the suspect into custody Marcus would repeatedly push her hands away.
Marcus proceeded to tell detectives that they could not arrest the suspect, and that it had to be a uniformed officer. Marcus advised he needed to deescalate the situation and began stroking the suspect’s hair and referred to her as “Baby.”
A Haines City Police Department School Resource Officer and another officer responded as backup and assisted with taking the suspect into custody. During the altercation Detective Marshall suffered an injury to her foot. Detective Marshall was transported to the Heart Of Florida hospital where it was determined that as a result of the altercation she had suffered a severe sprain and was issued an orthopedic boot. The School Resource Officer was able to identify the staff member, who had had left the school grounds, as Marcus Franklin.
Contact was made with Franklin by phone and he advised he was already in Orlando. Marcus refused to return to discuss the issue.
Detective Marshall and Detective Higgins provided sworn taped statements.
It was determined that Marcus Franklin committed battery against a law enforcement officer when he intentionally and unlawfully pushed Detective Marshall repeatedly against her will. He also committed resisting with violence when he pushed Detective Marshall in an attempt to prevent her from making a lawful arrest on the juvenile suspect.
Detectives issued a warrant for Franklin’s arrest, and he was taken into custody in Orange County, and booked into the Orange County Jail. He will be transferred to the Polk County Jail at a later date. Further charges are pending, related to obstruction of justice.
Please refer any inquiries about his employment to Polk County Public Schools.
January 30, 2019