When Pastor Terry Howell arrived at his church one morning nearly four years ago, he never expected to look down the barrel of a .45 caliber semi-automatic, let alone survive.

Yet not only did he evade being shot at three times, surviving with only burn marks on his face and neck, but he also subdued his attacker by chasing him out of the church office and shooting back at him twice.

His act of self-defense not only saved his life and that of his family, but also that of nearly a dozen students in his church’s preschool downstairs. As a man of God, he knew the grace of God when he sees it, he said. 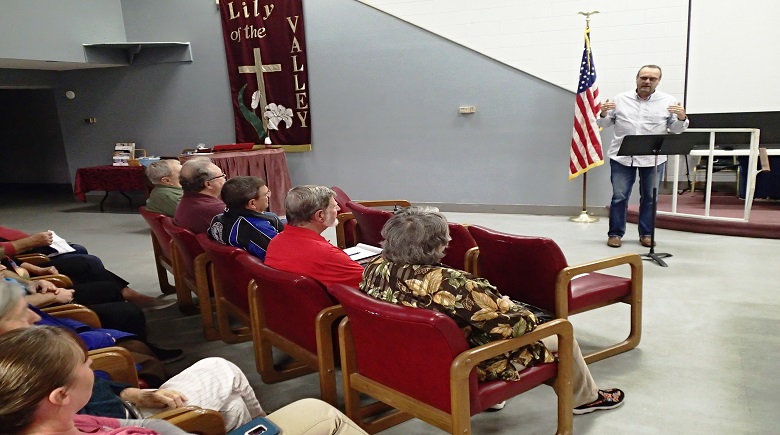 “God really protected us that day, he really watched over us, and I cannot tell the story without giving the glory for the things He has done for us,” he said.

Pastor Howell shared his “Story of Survival” with a small audience at Grace Baptist Church in Winter Haven during a presentation by In-Gauge of Polk County on Tuesday evening. 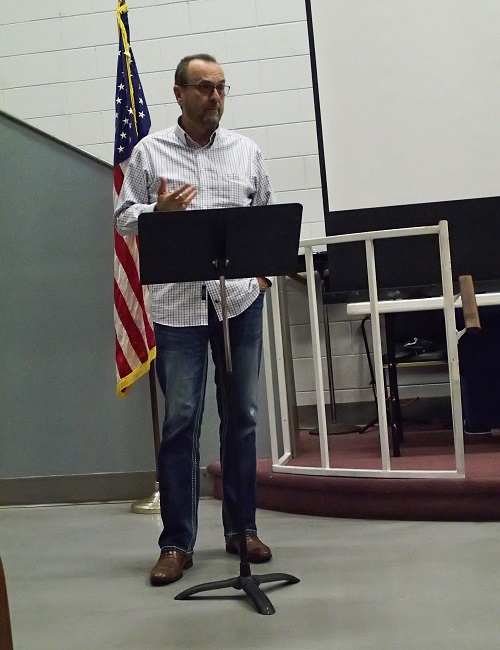 On Dec. 14, 2014, Pastor Howell arrived at his office on the second floor of his church, Living Water in Kissimmee, to fire their maintenance worker, Benjamin Parangan Jr.

Prior to that morning, his wife had advised him to bring his gun with him, as he had a concealed carry license. She was feeling uneasy about the situation and fearing that the worst would happen, he explained.

Upon being informed that he was being fired, the disgruntled maintenance worker yelled a few curses before pulling out a gun, aiming it nearly a foot from the pastor’s face, and shooting, Pastor Howell said.

“When he shot, I was thinking I was shot, but…it did not hurt,” he said. “I looked down, and nothing was there…I felt invisible, because it felt like it shot straight through me.”

Pastor Howell then drew his own gun and shot back at his attacker. He chased him out of the office and shot at him once again. His attacker fell bleeding onto the first floor where the preschool was located, he said.

“As he was running away, I was considering pulling my gun, I feared I was going to die,” he said. “But I knew I had to do it. I had to be the protector. Somebody needs to stop this guy even if it means I’m going to die.”

The attacker inevitably escaped the church, as did the pastor’s children to call the police from safety. Pastor Howell remained behind to meet the police when they arrived.

Despite the gun having been aimed close to his face, the shot missed him. In fact, Pastor Howell even thought the gun was fake, as said it sounded like a “toy gun” going off while his own smaller gun sounded like a cannon, he explained.

The reality and gravity of the situation was revealed to him by the sheriff, as he pointed out that Pastor Howell’s face was covered in gunshot powder and burns.

He later learned that the disgruntled maintenance worker had already expressed his intentions several times, yet nobody had taken his threats seriously, Pastor Howell said.

“He told people that if I ever fired him, he would shoot me in the face with a gun,” he said. “Nobody told me because they thought he was joking.”

His attacker had initially been indicted on a charge of attempted first-degree murder with a firearm. That charge was later lowered to a lesser charge, at the request of Pastor Howell, and was resolved two years later when he was sentenced to 10 years in prison.

When Pastor Howell initially confronted his attacker, he did not feel anything about the attack. He later learned that it was precisely because of his forgiveness towards him that let him feel nothing about it.

“The reason [I] don’t feel nothing is because [I had] already forgiven him,” Pastor Howell said. “If you did feel something, you didn’t forgive him. The Lord says we have to walk in forgiveness, and that is what I did.”

Following the attack, many members of his church’s congregation left, as they felt uncomfortable about him carrying a gun.

During one meeting with church parents, he was asked by one mother of a four-year-old girl why he opted to use a gun rather than “let God take care of it.” He replied that God did take care of it by allowing him to take action.

“I told her God did his part, and I did my part,” he said. “Because I am the one that he put in there as a shepherd, as the protector of the flock.”

Pastor Howell was invited to share his story during a monthly meeting of In-Gauge of Polk County, a NRA-affiliated, non-profit organization that offers firearms safety and self-defense training in Winter Haven. 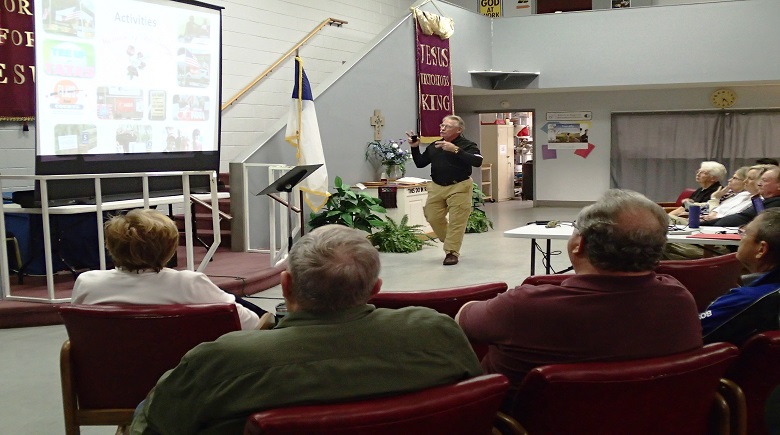 Robert Dummett, an instructor at In-Gauge, was impressed by the turnout that evening. He estimated that nearly 90 percent of them were from a faith-based organization or church ministry.

His own organization is offering training for church staff to help provide safety during similar shooting situations. Overall, he felt that Pastor Howell’s presentation that evening helped emphasized the need for preparedness. 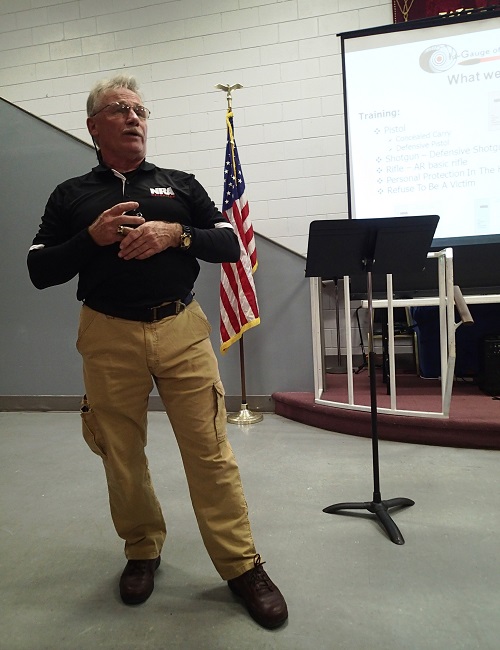 “Cracker” Pete Smith, head of the WH 912 Project, a local conservative political group, was one of the attendees that evening. He was most impressed by the excellent presentation and how it revealed that similar situations can occur at any moment.

“He gave an insight of what happened, and it gives us, myself, and opportunity to learn what to do if it would happen to me,” he said.