File this under, “You Really Thought You Could Get Away With This?” 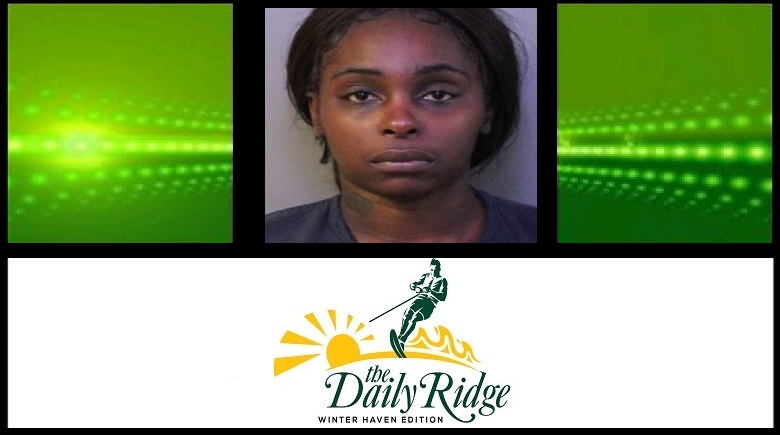 On January 23, 2019, at approximately 1:56 p.m., a call was received regarding a burglary that had just occurred while the homeowner and her adult son were at home.

Seventy-four year-old victim and her 31 year-old son were asleep inside of their home, located on 9th Lane NE in Winter Haven. He woke up and started going towards the kitchen when he heard the front door open and close.

He went to the door and went outside to find 33 year-old Tacasha Burnham (DOB 10-6-85, 2051 9th Lane, NE, Winter Haven) walking away from the home with a large black purse in her hand. He immediately went to his mother’s bedroom and woke her up asking where her purse was. She indicated that it should be on the chair in her bedroom, but the purse was not there.

He immediately ran back outside to see Burnham getting into a burgundy Pontiac four-door vehicle and drive off. The purse contained credit cards, personal information and a small amount of cash.

A short time later, another call was received from someone who just witnessed a female put a black purse inside of a trash can across the street from the caller’s home on 2nd St NW in Winter Haven. The caller further advised that the person who placed the purse inside of the garbage can was driving a burgundy Pontiac four-door vehicle. Officers arrived and recovered the purse from the garbage can with everything belonging to the victim except for the cash.

The son was able to positively identify Burnham to officers as the person inside of his house because he has known her for a number of years. When officers went to Burnham’s home, they found her in the driver’s seat of a burgundy Pontiac G6 wearing the same color clothing described by the victim and the witness who saw her place the purse in the garbage can.

Based on the positive identification from victim, Burnham was taken into custody and charged with Unarmed Burglary of an Occupied Dwelling – 810.02(3)(A) F-2.