Two boxers from the Winter Haven Boxing Club won scholarships at the national championship of the 2018 Sugar Bert Boxing Tournament in Kissimmee, FL.

Zee Zamora, 12, and Brandon Moore, 24, were two of the 22 participants who were selected to receive sponsorship dollars by competing and winning within the tournament. 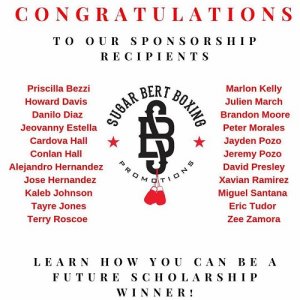 “The participants chosen attended the tournaments and successfully competed against another ranked boxer in the National Championship!” read the announcement on the Sugar Bert Boxing Promotions Facebook page.

Both local boxers received $10,000 that was split between them, with them each receiving $5,000 to go towards their academic endeavors.

Both boxers owe their success to their training underneath their coaches at the Winter Haven Boxing Club, Coach Marco Fazzini, Joel Lopez, and Zee Zamora, who is also the father of the boxer of the same name. 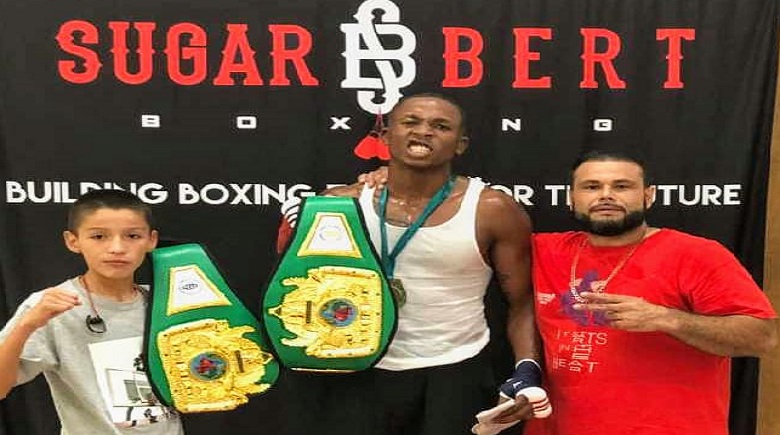 “They are consistently training and dedicated to the sport,” Fazzini said. “Being here every day, they have good parents that push them, and it is a mixture of time and dedication.”

Fazzini always strives to push his boxers towards achieving their full potential. Being able to see these two not only advance towards national championships, but also walk away with scholarships proves that they have more than exceeded their potentials.

“I think it is great that they give these opportunities to the kids,” he said. “It is a big help, it helps us with the traveling. It is a good thing.”

Zamora has been training his son alongside Fazzini, and it has been that level of dedication towards his own son’s training as a parent that has allowed his son to achieve such an amazing feat. No parent could be prouder, he said.

“It feels great,” he said. “It is something that I am pushing him forward to instead of hoping for. It’s something that he’s interested in, and while he has that interest in it, I might as well push it forward towards his potential so that we could get college potentially paid for in the future. What parent would not want that?” 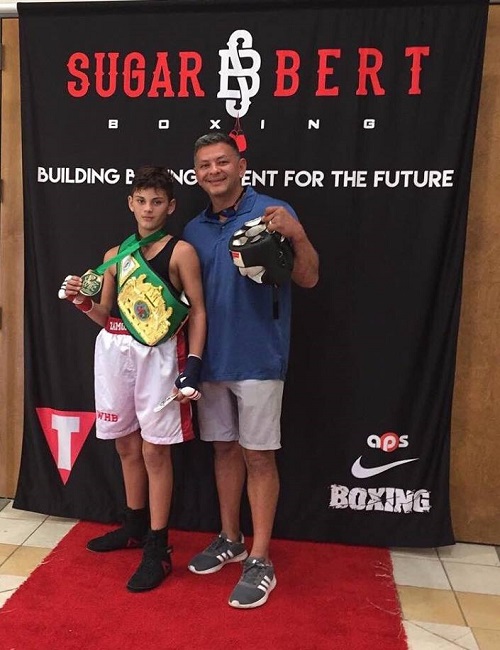 Zee Zamora: A Victor Over Bullying

Five years ago, Zee was a timid young lad being picked on by bullies at his school. His father decided to teach him self-defense by enrolling him into boxing lessons at the local gym.

Five years later, Zee, now 12, gained the muscles and confidence to stand against his bullies. Many of them still want to fight him since they realize he knows how to fight, yet the discipline he has learned through his training allows him to restrain himself and hold back during any potential fights.

“If somebody is bullying you, and they want to fight you, you have to turn your back,” he said. “If they try fighting you, you can’t put your hands back on them. Because they are kids, they don’t want to fight. I would make them miss and not even touch them. I make them look stupid.”

Since he started his training, Zee has gained a lot of power with his hands, so much so that he’s even able to drop kids his own size, he said.

Such improvement over the past five years has allowed him to walk away from many tournaments with medals and belts, his scholarship from Sugar Bert being his latest and greatest victory.

Of course, he would not be where he is today were it not for the motivation from both his coach and his father. Both push him to do his best, and that has allowed him to achieve the best.

The biggest push he receives at home is through his dietary regiment. Though his often misses pizza and fast food, his diet rich in protein and carbs gives him the energy he needs to win any fight.

“They push me hard,” he said. “I’ve never been on a diet before, but now I’m on a diet, and I am starting to see improvements in my body. My dad, he pushes me, and I like that.” 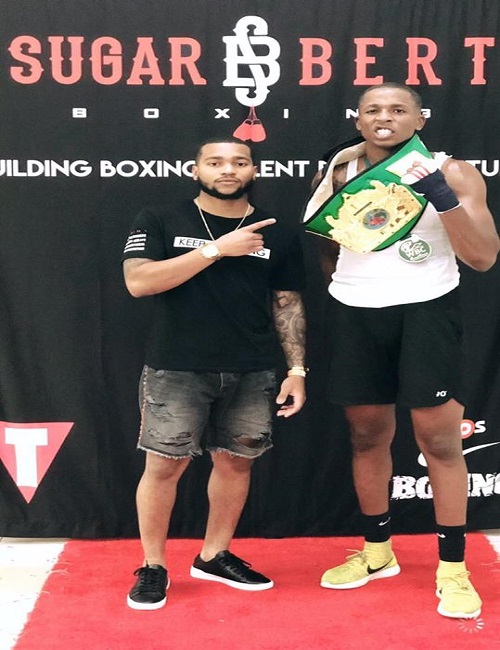 Brandon Moore: From Flab To Fit

Since graduating from college where he played basketball on a scholarship, Moore experienced a rough patch in his life. He gained 40 pounds since then, placing him around 300 pounds.

Wanting to get active and lose weight, he decided to research local gyms. He discovered Winter Haven Boxing Club, and though it was a long drive from his Lakeland home, he decided to give it a try anyway.

He started training under his coach in February of last year. Since then, he saw leaps and bounds in his own fitness. He lost more than 70 pounds, and now weighs around 200.

His coaches at the gym have pushed him toward achieving his full potential. At first, he was skeptical of his regiment, but the more he trained, the more confidence he gained.

So confident he became that he not only sparred against a number 7 ranked athlete at the tournament, but won through a unanimous decision, with his win allowing him to receive a scholarship.

“It has been like a crazy world where Marco has been taken to me and working with me,” he said. “I wanted to give him the credit where I have gotten to, because I wouldn’t have gotten this far without him. As a coach, he is really the best.”

His latest victory from the tournament he credits not only to his own coach, but to his own dedication. Every day he visits the gym, sometimes two to three times per day, he said.

“I am just dedicated to the gym,” he said. “I try not to miss days. I go twice even three times a day if I can. And I have dedicated myself to it. I decided that I really want to do it. I am always thinking about the gym, thinking about working on it and boxing in general.”

His biggest motivation comes from his coaches, of course. The overall atmosphere, especially with young children training, provides even more so for him.

“It is the atmosphere that keeps you coming back,” he said. “You have to be willing to dedicate yourself to hard work. There are kids in there who are motivated. You see little kids in there working as hard as you, there is no way [you can’t be motivated]. It is a culture, for sure.”