Think you suffered a terrible breakup? Just be grateful your ex didn’t kill themselves from a broken heart, come back from the grave as a ghost, and haunt you until you were scared to death.

That nightmare scenario of a bad romance served as the plotline to the ballet “Giselle”, choreographed by Jean Coralli and Jules Perrot, a dance from which was performed during a special Point of View Gallery Talk at the Polk Museum of Art on Friday. 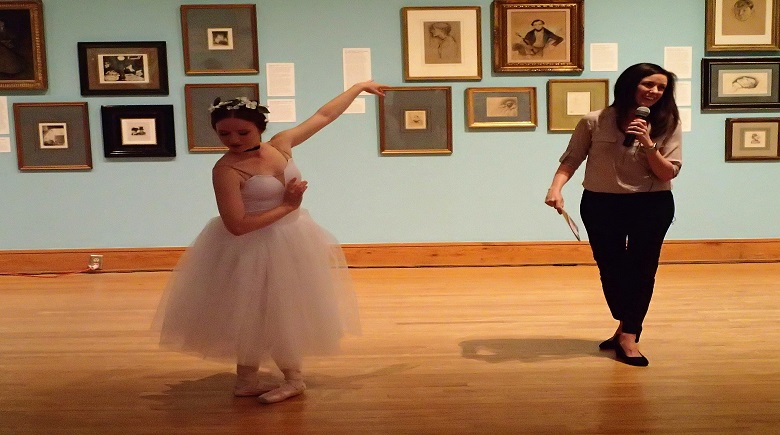 Erin LaSala, Director of the dance program at Florida Southern College (FSU), led this month’s museum gallery talk, where she used the history of ballet to highlight and discuss the artwork of Edgar Degas, a 19th century French impressionist whose artwork is currently on display at the museum.

As ballet often served as the subject for Degas’ artwork, LaSala decided to use ballet to help talk about his artwork, even incorporating many of the ballet poses in his art within a special performance choreographed by herself and performed by students within the FSU dance program.

“What we did was take the positions and the poses of the dancers from the art through research and we tried to make them come to life,” LaSala said. “Each one of the dancers was in a position of a dancers in the portraits, sketches, or sculptures, and we made them dance.” 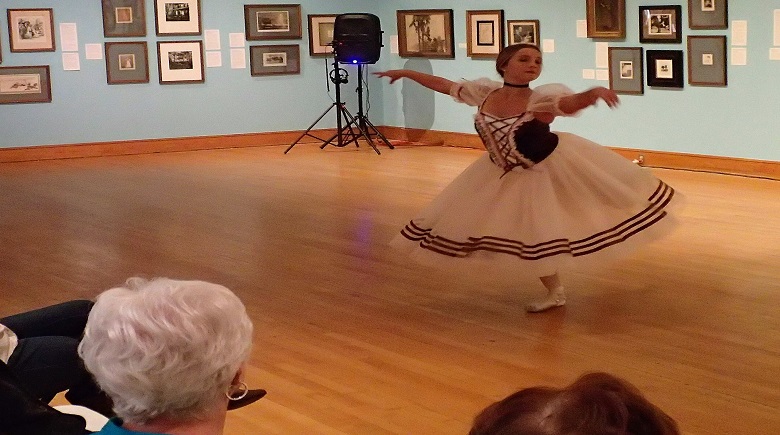 LaSala and her students demonstrated many ballet techniques and performed dance numbers from several notable ballets during Degas’ time such as “Giselle.” She also offered an abridged history of ballet, how it became the art form it is today, and how it helped influence the Romantic art period during which Degas created his artwork. 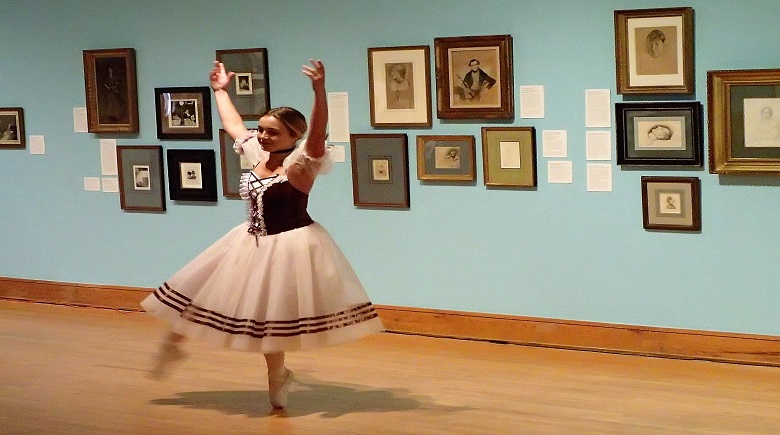 What initially started as a predominantly male-centric style of dance created for the European courts and performed only for the wealthy elite soon became more female-centric and performed for common theaters to entertain the masses. As such, ballet almost has a very strong emphasis on individualism, populism, and feminism, thus highlighting the changing times of the Romantic period. 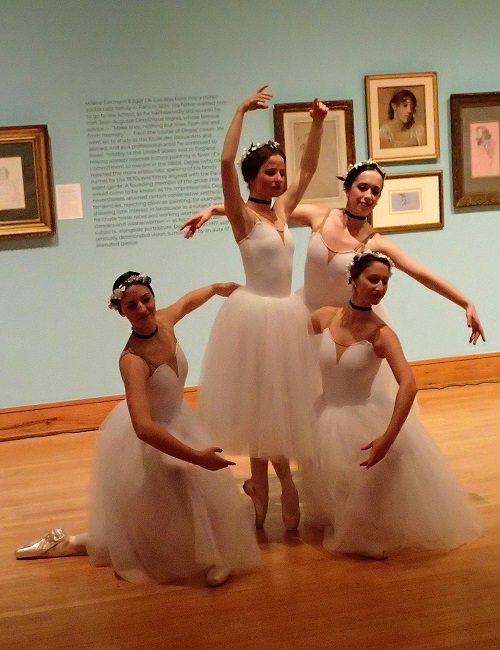 “We wanted to show the rich history of the ballet,” LaSala said. “I think a lot of times go to see a ballet, but they don’t quite understand where it is coming from and how long it has been around. It is one of the oldest performing art forms. It is important to be able to connect the history and thoughtfulness that went into the development of what we see today.”

She utilizes her vast experience at the college to not only help direct its dance program, but also to touch upon the history of dance and explain its importance. Her knowledge and expertise made her an excellent choice to host this month’s museum gallery talk.

“[I love] Just being able to talk with the public about something I am so passionate about and what I dedicated my life to, to the education and teaching people about the art of dance and not just how to dance,” LaSala said.

Every Friday, The Polk Museum of Art in Lakeland hosts their Point of View Gallery Talks in an effort to better engage the public about the artwork currently being showcased within their museum galleries.

As their current exhibit showcases the artwork of Degas, who was mainly inspired by ballet, the museum decided to utilize the dance style during their gallery talk as a way to integrate different art forms. 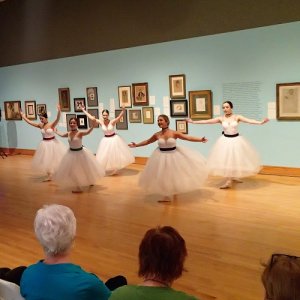 “We have these Point of View Gallery Talks that we can offer different perspectives outside of the art historical ones on the show,” explained Alex Rich, Curator and Director of Galleries and Exhibitions. “One of the reasons we wanted to put on a Degas show is to see how we could integrate it with all the other arts and find ways to activate the gallery spaces in unusual ways, because Degas’ main interest above all subjects was ballet dancers.”

This month’s gallery talk drew in a large crowd of nearly more than 50 people, with most of the seats being provided being taken. This turnout was quite the pleasant surprise to both LaSala and the museum staff.

“I think that this as a testament to the turnout for these events, and we would like people to come back for more and more,” Rich said. “I think from the exhibit, people will learn about Degas, and I hope those coming to a talk like this will be able to see art and how influential it is today, especially for a dance program at a college.”

“Edgar Degas: The Private Impressionist” will be on display until March 24 at the Polk Museum of Art, located at 800 E Palmetto St, Lakeland, FL 33801. Admission and parking is free. For more information, visit their website at: https://polkmuseumofart.org/ 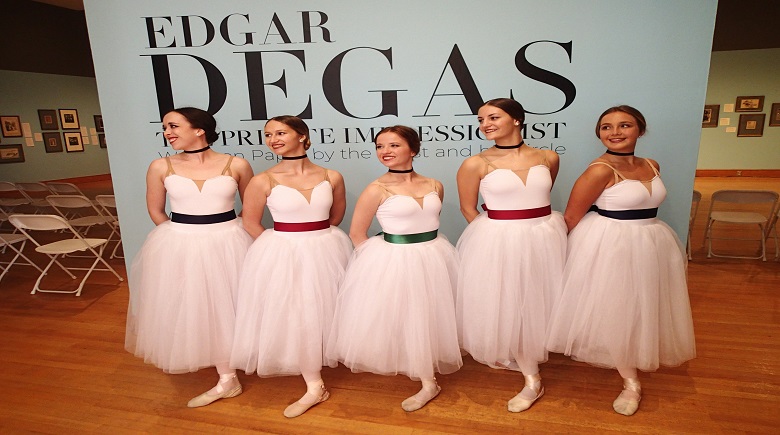