All the Whos down in Whoville love Christmas a lot, and for the folks over at Kairos Church, it’s especially hot. So the green Grinch himself this holiday season decided to stop by and celebrate the reason. 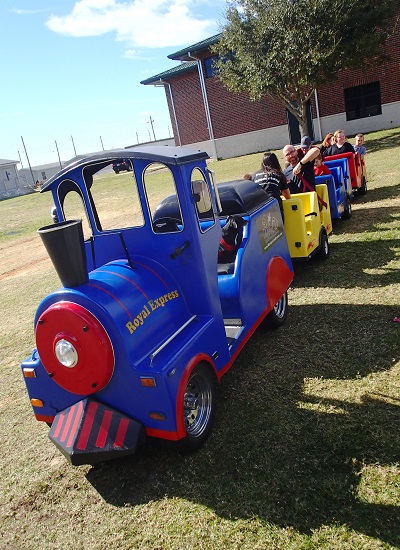 Having recently celebrated its one-year anniversary, Kairos Church celebrated Christmas for the second year in a row with a spectacular holiday celebration on Sunday with free food, games, and other holiday activities. 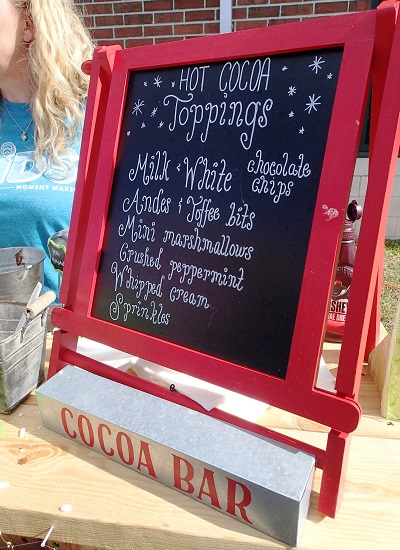 The Sunday morning of the event featured two identical sermons at 9:30 a.m. and 11 a.m. Each had the children’s church perform Christmas songs such as “The Little Drummer Boy”, followed by Pastor Brent Wernsing preaching a message about the Three Wise Men offering their gifts to the “unexpected King and Savior.”

After each sermon, the congregation were dismissed to the outdoor celebration area, themed this year to “How The Grinch Stole Christmas” with Whoville decorations, a crooked Grinch Christmas tree, and live character appearances by Cindy Loo Who and the Grinch himself. 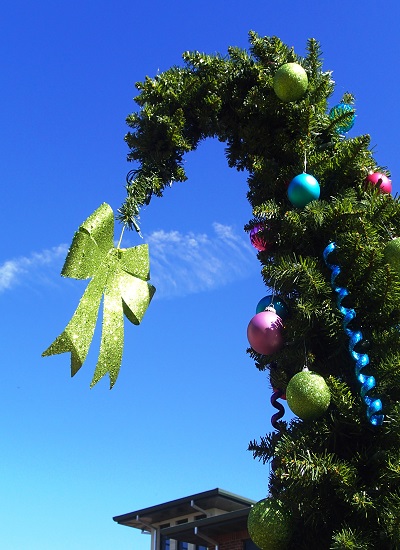 Church members could meet and greet with the two Grinch characters, as well as have a photograph taken with them with a complimentary 4×6 print. 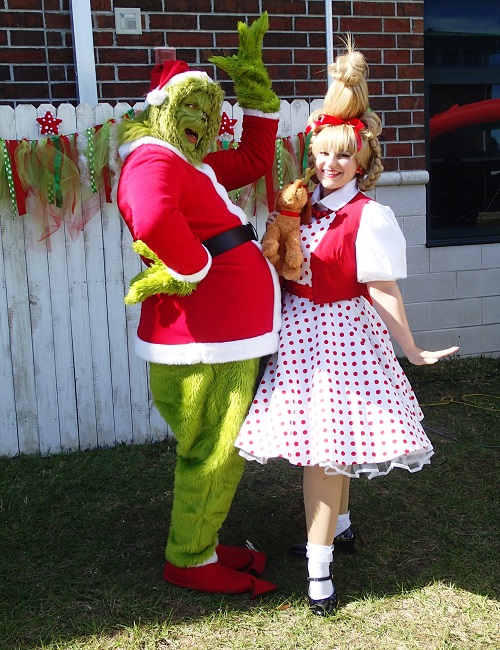 Guests of all ages could decorate their own Christmas cookies and treat themselves to a free cup of hot cocoa at the cocoa bar, where they could top their hot chocolate with whipped cream, sprinkles, and whatever other special toppings they wanted. 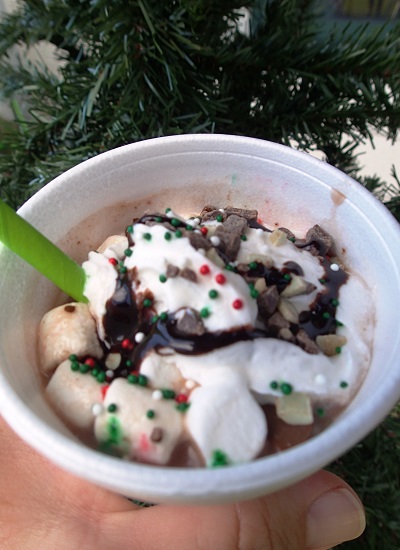 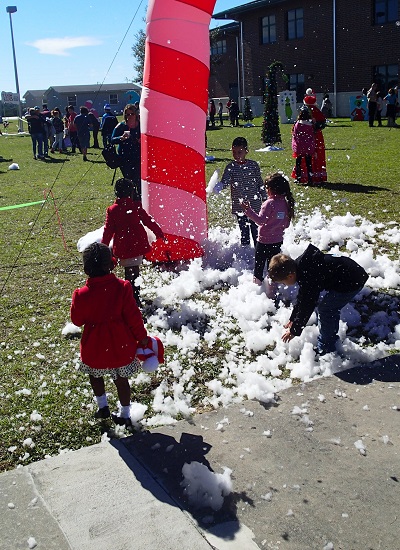 Children could play around in sudsy fake snow created by the snow machines, take a ride on a holiday train, jump into and play within a snow ball pit, and even frolic around in an inflatable snow globe.

Pastor Wernsing hosted the event as a way to not only offer his congregation holiday fun, but also to draw in other potential church members into his flock. At least 40 new members attended that day, he said.

“It more than exceeded expectations,” he said. “The expectation is to let people know we have a lot of fun going on and they are welcome to come for the fun, but really it is an effort to hear a message about Jesus Christ.” 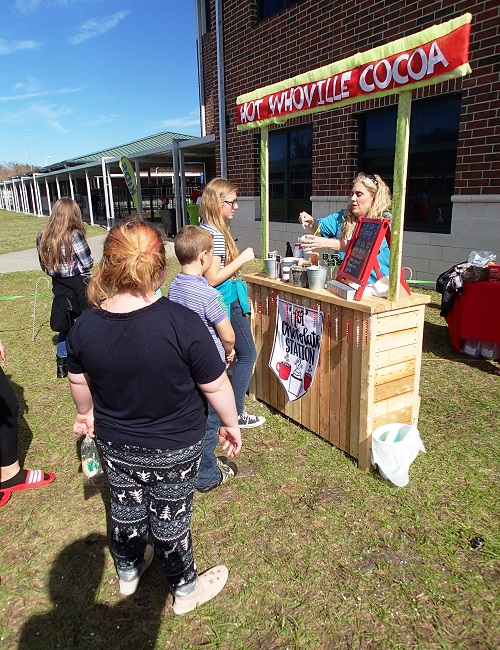 Having originally opened last October at Chain of Lakes Complex, the church had recently moved their services to Chain of Lakes Elementary School. The new location offers them double the size and space than their previous location, especially with new rooms for their children’s church classes.

The new location also offers them more space for their holiday activities, as they were able to provide a train ride this year. They had planned on adding inflatable bounce houses, but since those are not allowed on their property, they opted for a ball pit and inflatable snow globe, Pastor Wernsing explained.

Throughout the year, the church has hosted similar events for other holidays and special occasions such as Easter, Mother’s Day, and Father’s Day. They also help participate within the annual Community Fest in Downtown Winter Haven.

Being able to reach out to the local community and provide them with a family-friendly church enviroment has been the key towards the church’s growth, and they hope to bring in even more new members, Pastor Wernsing said. 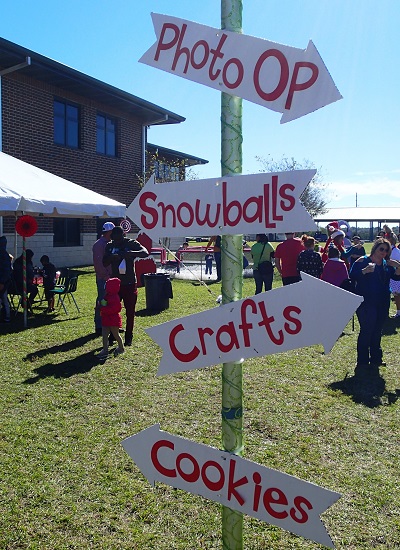 With the new space afforded to them, they were able to get even more creative with the decorations and offerings for this year’s Christmas event. 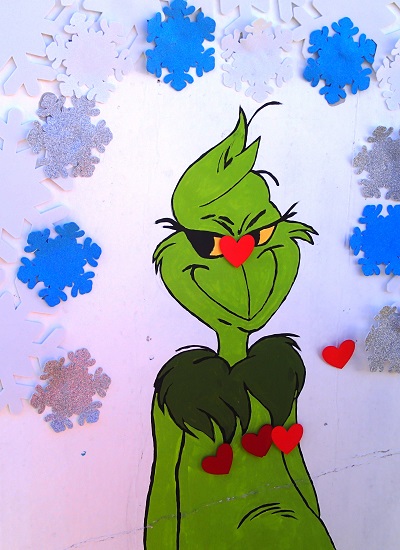 Stephanie Gladura, Event Planner and Administrative Assistant, utilized the experience they had hosting previous events to better prepare for this one.

“We learned a lot about events because we have to do it to learn from it, and I think we have been able to figure out what other people enjoy,” she said. “The atmosphere they [the characters] create is just really fun. It feels like a real Whoville…I love seeing people come together with the holiday spirit, families enjoying their time together.”

Kim McCrady was one of the many volunteers who helped put on the event, serving as a “go to” person to do anything and everything from parking to setting up the food and decorations.

She started attending the church earlier that year around Easter, and has remained due to the overall friendly enviroment of the church family.

“It was a new church, and they were very welcoming, you don’t feel like it was your first time, everybody is just so kind and sweet with open arms,” she said. “It is a great atmosphere and a great way to find God-like people.”