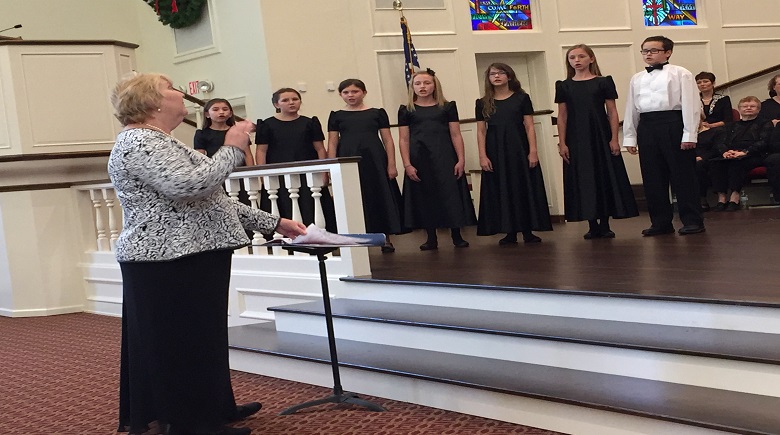 Nothing quite stirs the holiday spirit than listening to the Hallelujah Chorus from Handel’s Messiah. Such a stirring performance of the song was offered during the Lakeland Choral Society’s Christmas Concert on Sunday.

From Handel’s “Messiah” to “Silent Night” and the “12 Days of Christmas”, more than 70 singers from the Lakeland Choral Society graced the stage at First Presbyterian Church of Lakeland to perform live renditions of classic traditional Christmas songs.

Their concert commenced with an opening act by the Florida Southern Children’s Chorus, with 17 elementary school singers performing two songs.

The first song, “Shiru”, was a traditional Hebrew hymn that implored the entire earth to sing praises of glory to God; the second song, “Laudamus Te”, was a Latin song with the simple lyrics: “We praise you, we bless you, we adore you, we glorify you.”

The Lakeland Choral Society then moved on with their own performance, starting with an acapella rendition of “Silent Night”. Having the song performed with vocals and no accompanying music helped convey the gravity of the song, and honored its preservation over the past 200 years, explained Beth Cummings, Choir Director of the Lakeland Choral Society.

The very next selection was a unique “musilogical” performance of “The 12 Days of Christmas” as composed by Craig Courtney, with each “Day of Christmas” being performed through a different musical genre.

From the Gregorian Chants of 6th Century monastery monks, to the lively patriotic band music of John Phillips Souza, each “day” highlighted a different period and musical genre, with each verse being performed in the style of such historic musical composers such as Brahms, Handel, and Wagner.

“It was quite a big challenge vocally and rhythmically, but a great piece for the audience to hear,” Cummings said.

The performance that evening concluded with selections from the iconic Handel’s “Messiah”, especially the famous “Halleluiah Chorus.”

Even the audience itself was encouraged to take a stand and join in the singing of the selection, with their voices harmonizing with those of the singers on stage.

“It was a good mixture of things we have been working on through the fall and winter seasons, a good variety of music for our audience, and I think the best part of the afternoon was the passion that our singers had sung today,” Cummings said.

The Lakeland Choral Society spent several months preparing for their performance. Since the middle of October, they have been hosting two-hour rehearsals every Monday, with a few extra rehearsals here and there.

The end result was a stunning performance of traditional Christmas music that can only be best appreciated by listening to it live in person at events such as this, Cummings explained.

“So live music, live theater, is a gift that people who are on stage give to the audience, and it cannot be replicated through watching TV or YouTube, because when you are in the audience, you become part of the performance,” she said. 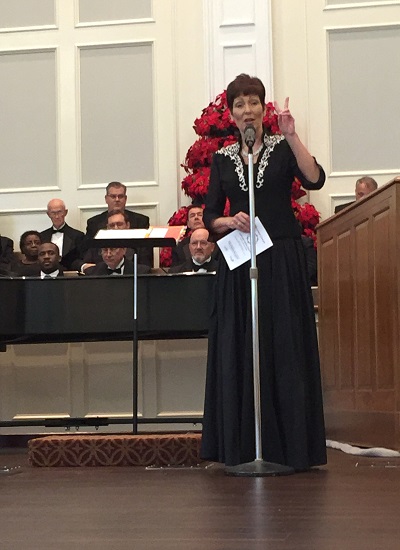 Starting their event that afternoon was a special apperance of the Florida Southern College Children’s Chorus as directed by Deborah Zahner.

More than two dozen children singers, ranging from third to fifth grade, attended to lend their voices in opening for the adult singers that afternoon.

As with the Choral Society, the Children’s Chorus has also been rehearsing their performance for several weeks, having started earlier that fall semester way back in August.

All of the progress they made that semester not only lent itself to a spectacular opening act, but also helped introduce a new generation to choral performance, Zhaner said.

“This is a culmination of a semester’s work,” she said. “We focus on teaching the foundation of music reading and exposing the children to standard academic literature.” 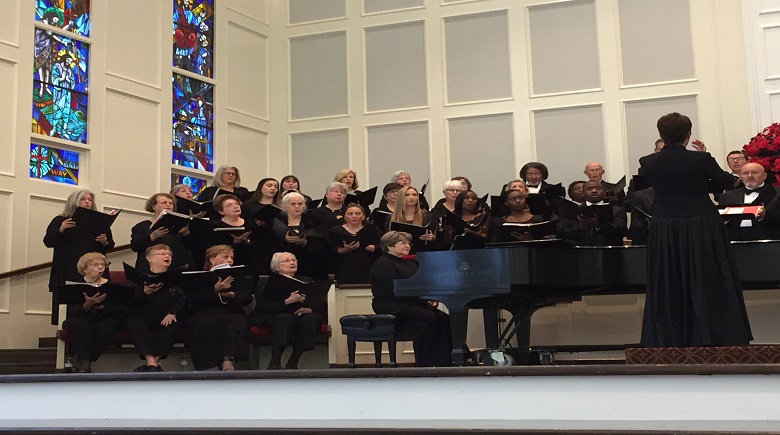 As a music teacher most of her life, Zhaner loves being able to cultivate the talent and voices of young singers, and encourages anyone interested in such performances to consider joining.

“It is nice to be able to introduce chorale literature to an entire generation,” Zahner said. “I would encourage anyone in the community who knows a young singer to have them go to our website and look on the youth portion to send me a message and schedule an audition.”

The Lakeland Choral Society will be hosting a spring concert in April. For more information, visit their website at: http://www.lakelandchoralsociety.org/ 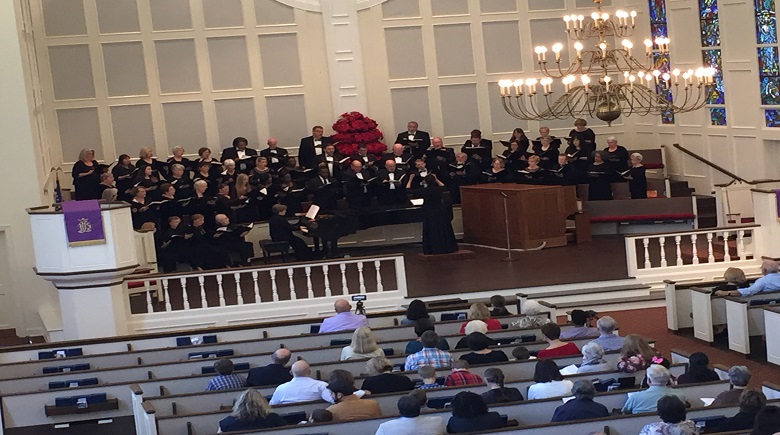