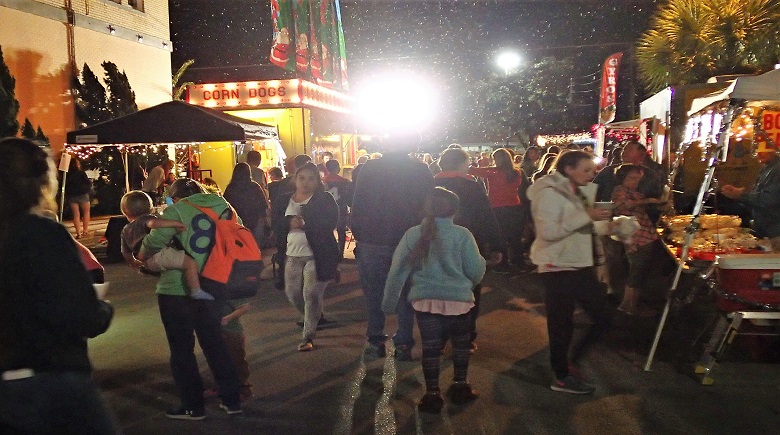 It’s beginning to look a lot like Christmas everywhere you go, and that was certainly true for visitors to Downtown Lake Wales during their annual Make It Magical holiday event on Friday evening.

Not only were hundreds of guests able to peruse the many downtown shops after hours for their holiday shopping, but they were all able to do so while enjoying a flurry of snowflakes falling from the sky above from snow machines throughout the downtown area.

All the while, guests could become enamored with the holiday spirit by listening to live music and watching dance performances within the downtown area. 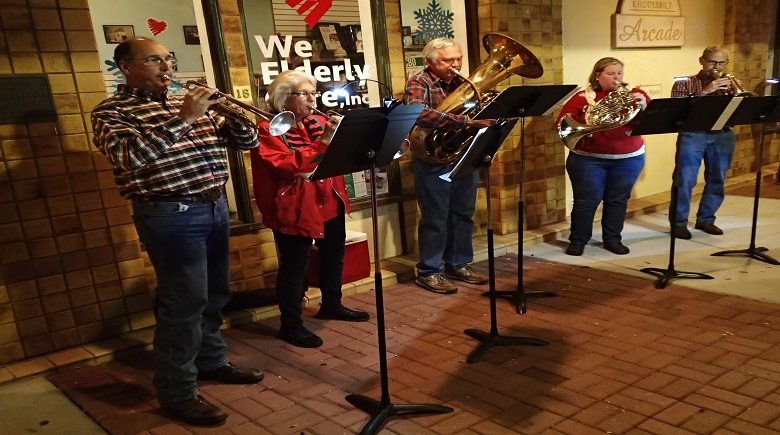 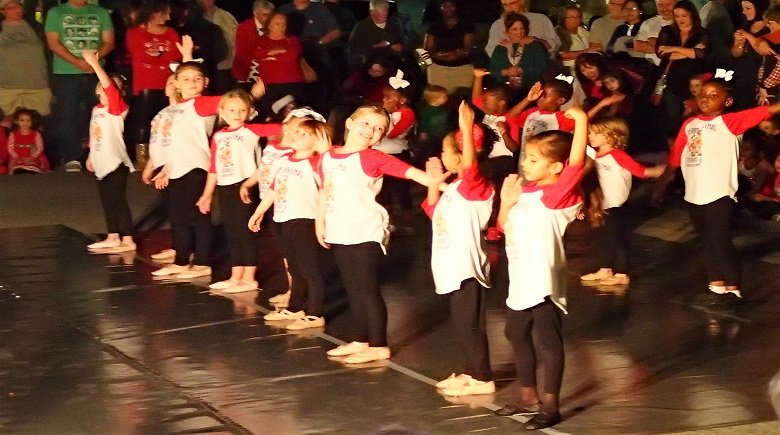 Many of the local downtown businesses were open late for the occasion, not only allowing customers to peruse their stores, but also providing them with free food and beverages.

Cocoa Cake Studios, a new bakery, was one such business, which offered potential customers a look at its many custom baked goods as well as complimentary hot chocolate.

Having opened her bakery earlier in October, owner Rachel Cullen was able to meet and greet new customers, thus allowing them to become better acquainted with her new business.

“It has been great,” she said. “We had new customers and old customers. They want to drop in and see what we have and congratulate us on our new store…You don’t see that many people downtown this often.”

Aside from visiting the many downtown businesses, guests could also peruse merchandise as provided by local vendors set up within the town square, as well as participate within many fun activities within the arcade building from decorating cookies to creating ornaments. 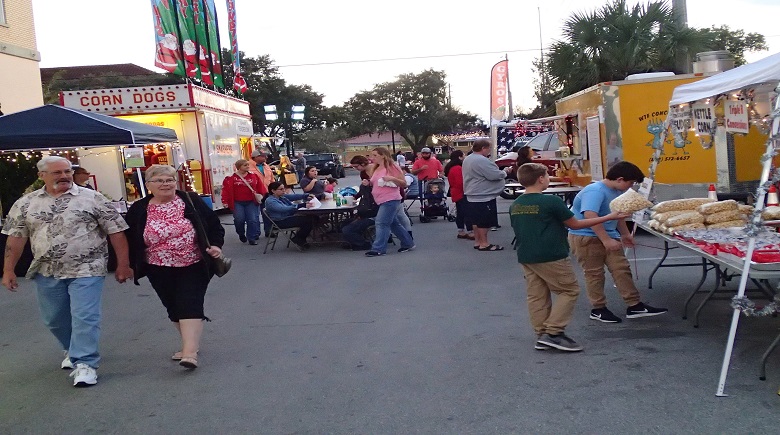 The Auxiliary American Legion allowed young children to create their own patriotic ornaments with red, white, and blue colors, as well as color Christmas cards to be distributed to veterans later than month. 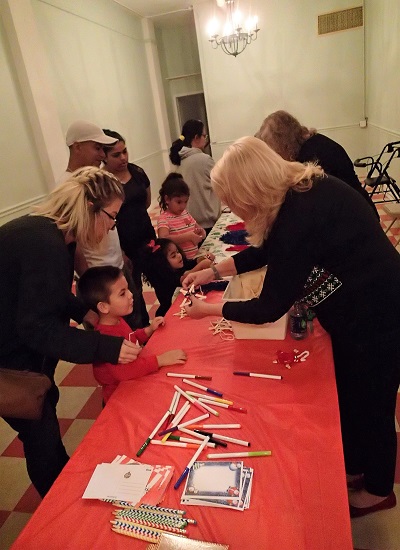 These patriotic activities were hosted as to honor the anniversary of Pearl Harbor, the date of which was the exact same as that evening’s holiday event.

Allison Snyder attended this year’s event for the first time with the Auxiliary American Legion, but had previously attended the event as a Chamber of Commerce member.

Being able to help the children and their guardians enjoy a patriotic and happy holiday was more than enough reward for her that evening.

“We’ve had a steady stream of children and parents coming through,” she said. “I have seen a lot of people going up and down the streets. So I think it has been a wonderful turnout all around this year. I love seeing all the people.”

Karen Thompson, Main Street Director at City of Lake Wales, helped organize this year’s event, as her organization has been doing so for the past few years.

Such an event has remained successful since its inception due not only to the hard work of dedicated volunteers, but also by the participation of the local community members who have come to embrace it as an annual holiday tradition, she said.

“It is all about the community. They come, they support it, they have fun, it is all about the kids and bringing in the holiday season,” she said. “I love every aspect of event planning. I love the final result, and seeing everyone have so much fun.” 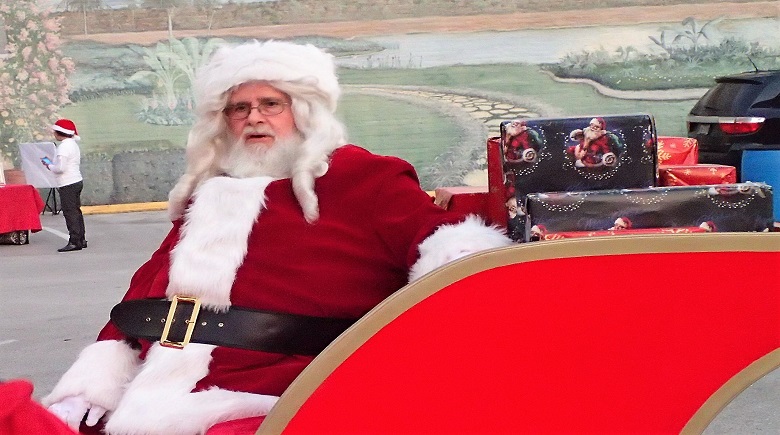 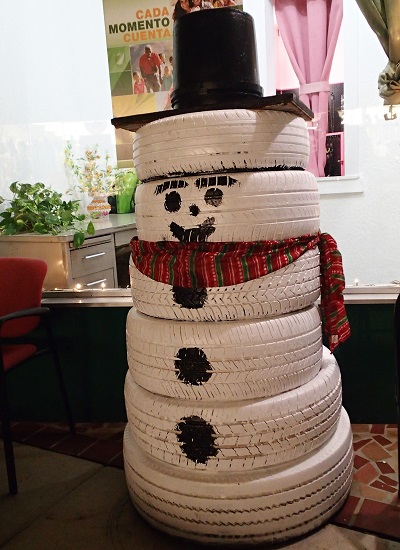 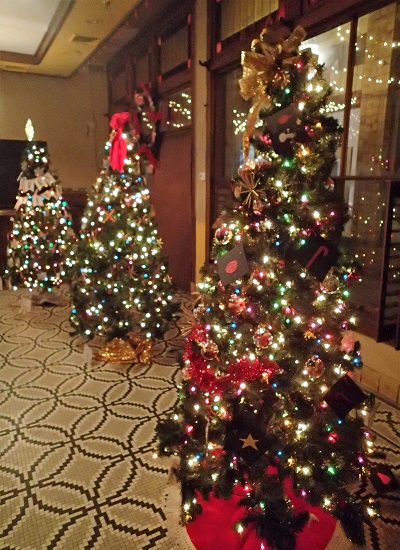