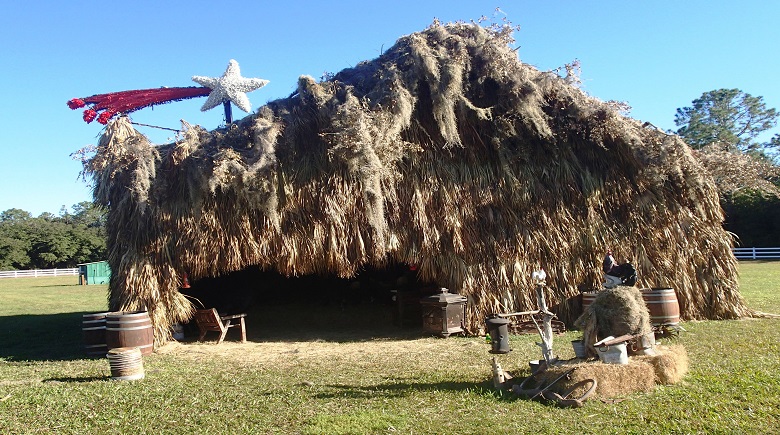 One December day long ago, a mother and her 13-year-old daughter stopped by a manager sitting alongside Westgate River Ranch in Lake Wales.

There they met Geny Castro, the elderly lady who sets up the manager each and every year alongside State Road 60 in front of the Westgate entrance.

They entered into a conversation with her, through which the mother informed that her daughter had given up faith in God. Castro asked the young girl to enter the manager and see the Baby Jesus for herself. 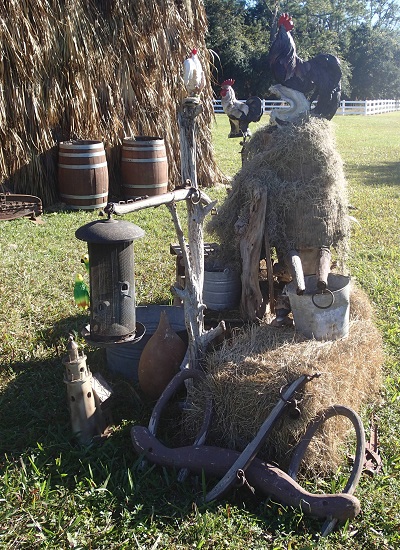 Several weeks later, she received a phone call from the woman, who tearfully told her how her daughter had confessed her faith in Christ through tears in her eyes.

“Stories like that I have hundreds,” she said. “Every year something happens, and that is the reason I still do it, because we saved marriages and drug-addicted people.”

For more than 30 years, Castro has been setting up the manger outside of Westgate River Ranch in Lake Wales.

Each and every year since then, she has received countless letters and phone calls from past visitors about how that manager touched and changed their lives.

The 60-foot-structure is set up using hundreds of palm tree and palmetto leaves stapled onto a wooden frame. Inside the manager are set up ceramic figures of the Baby Jesus and his family surrounded by dozens of animals.

Even at age 80, Castro continues to set up the manager every year for Christmas. She spends at least one week or two setting up the nativity after Thanksgiving.

Even though the structure is complicated to assemble, especially for an elderly lady at her age, what results is a simple scene that evokes such complicated emotions for all who stop to gaze upon it.

She initially started constructing a manager outside of her business, Castro Interiors, in her hometown of Stuart, and has since decided to set up another outside of Westgate River Ranch, where she owns a place.

What inspires her to set up the manager each and every year is her desire to share the message of the nativity scene in a world where she fears many people have forgotten the true meaning of Christmas, which is the birth of Christ.

“I am very particular about the nativity scene because I feel like Christmas is the birth of Christ, but all the children these days believe it’s about Santa Claus and presents, and that really upsets me,” she said.

Like the Wise Men traveling to the real nativity from the East, the very spectacle of this nativity scene itself draws in many curious visitors along State Road 60.

For many of these visitors, whether they are religious or not, the scene often leaves them with an experience that literally changes their life.

Castro recalls one Christmas when a Jewish couple stopped to visit the manager. The husband initially did not want to see the scene for himself, but he decided to do so anyway. 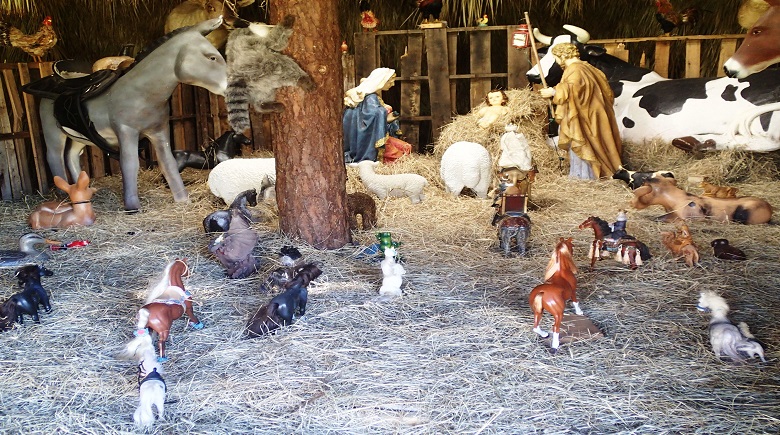 He stood before the Baby Jesus, and so encapsulated was he by the sight that he stood there silently for several minutes without moving or saying a single word, she said.

“So after that, he turned around and gave me such a big hug and said thank you for pushing me the way he did and left,” she said. “I felt I touched his heart.”

Countless stories such as that have been the main motivation for Castro to continue her work setting up the manager, which she expects to continue doing until she can do it no longer.

Creating a scene such as that takes plenty of time and effort. As such, Castro appreciates any donations that people can offer in the donation box within the manager, and any promotion they can give by taking one of the many postcards. 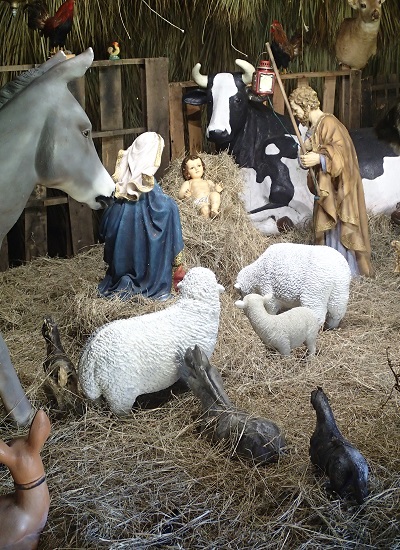 “I am over 80 and I cannot work the same way I used to work anymore,” she said. “That is why I have arrived to the point where people need to help me to be able to keep the manager up because it is something unusual.”

The nativity scene can be seen anytime during the holiday season outside of Westgate River Ranch, located alongside State Road 60 at 3200 River Ranch Blvd, River Ranch, FL 33867. 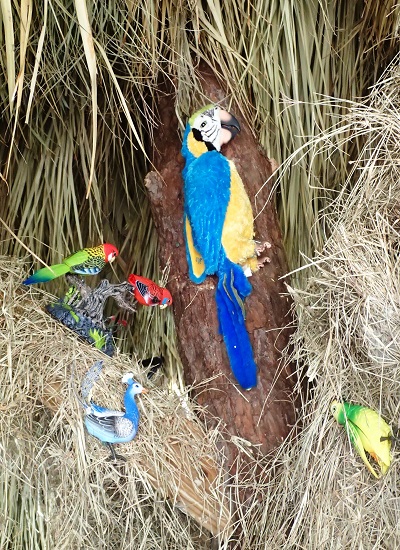