More Than 1,000 Families Given Free Groceries At Lakeland Family Event

More Than 1,000 Families Given Free Groceries At Lakeland Family Event

More than 1,000 Lakeland families won’t have to worry about sending their children back to school hungry now that they’ve received free groceries from a local family event. 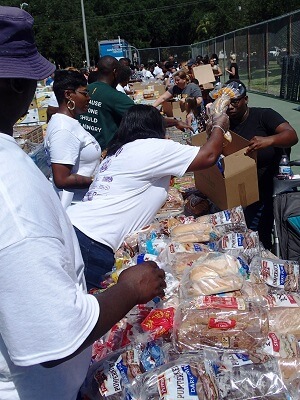 New Beginnings High School hosted its annual family event, SummerPalooza, last Saturday at Simpsons Park in Lakeland. There they provided more than 50 pounds of free groceries including bread, canned food, and produce each to local families. 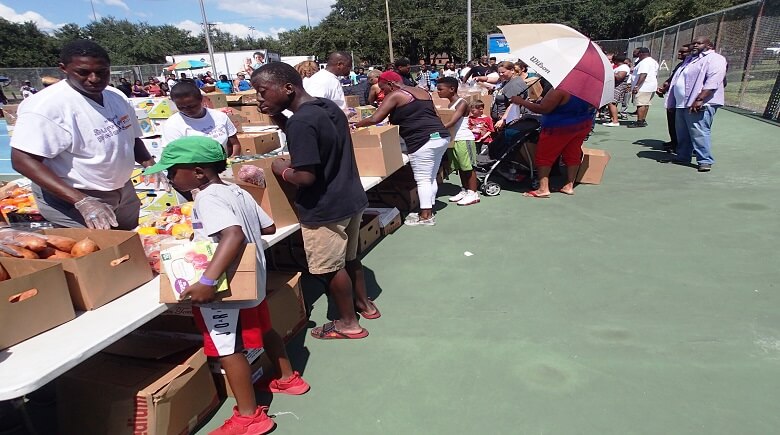 More than 2,000 families had pre-registered prior to the event, and more than 1,000 stood in line within the community center’s basketball court waiting to receive their groceries, said Ashley Wright, CEO/Founder of New Beginnings High School. 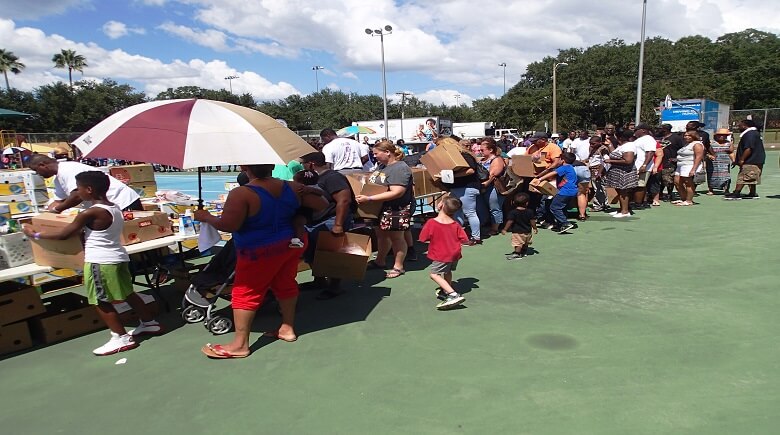 More than 50 pounds of groceries per family were provided with the aid of Feeding Tampa Bay, while free hygiene products were donated by community partners.

Outside the community center, families could enjoy bounce houses, games, face painting, and barbecue dinners, while inside, they could receive free haircuts and browse up to 65 vendors from local organizations. 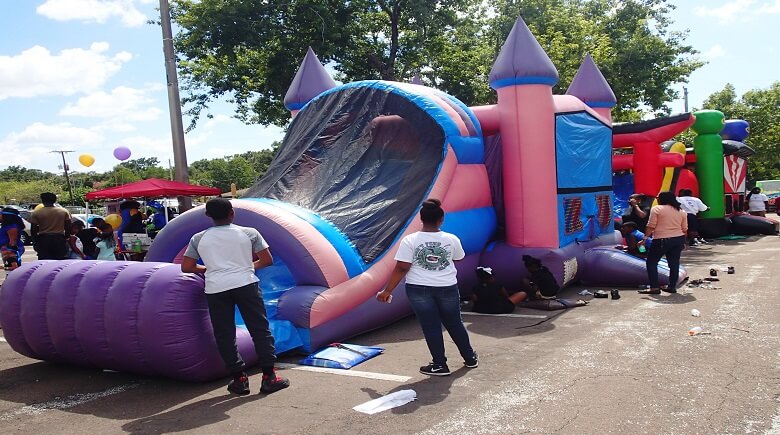 This was the third year that New Beginnings High School hosted their annual SummerPalooza. Each and every year has seen the event and turnout grow bigger and better, Wright said. 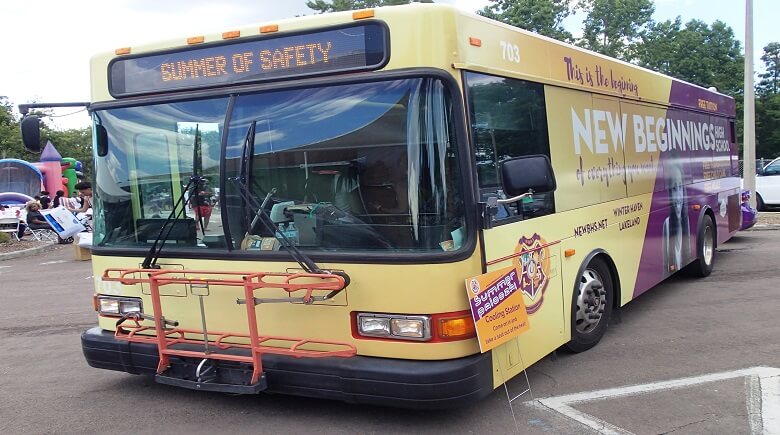 “I would owe the success to the community as a whole coming together and making it a success,” she said. “That is what it comes down to. Everybody working together to service our kids.” 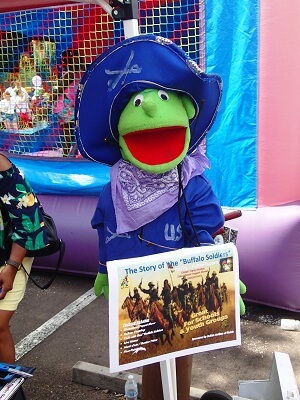 Started in 2011, New Beginnings High School is a locally-operated charter school in both Winter Haven and Lakeland that services local students in an effort to give them, true to its name, a “new beginning.”

Since its humble beginnings, the school has served over three thousand students, and has 1,100 students currently enrolled, Wright said.

Bacon participated within the event by offering inspiring words of wisdom during a motivational speech, while his mother, Kennie Crawford, helped with the event by providing food. 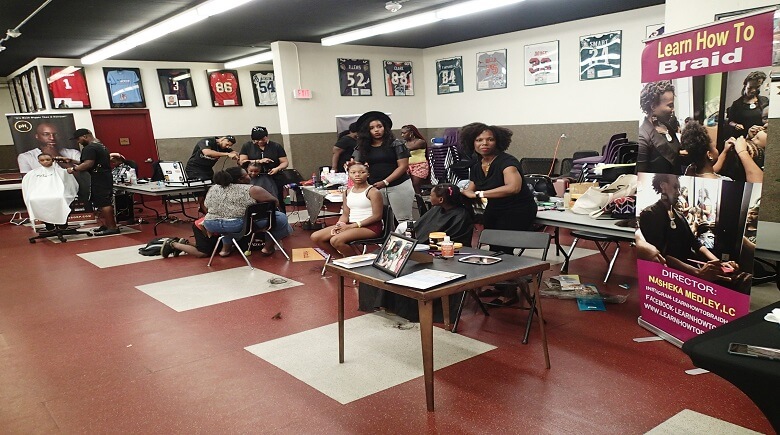 As both of them are Lakeland natives, they wanted to find a way to give back to their local community. Supporting an organization like New Beginnings High School and their events such as this was one such way for them to do so, Crawford said.

“We want to continue pushing out kids, doing something great for our kids for them to be encouraged to keep going and they don’t give up,” she said.

With the way that New Beginnings High School has been providing children in both Winter Haven and Lakeland with a proper education, and with how events such as this help further help the community, Crawford considers the school to be quite the benefit.

“They are a great asset to the community,” she said. “If you are not a part of New Beginnings, I think everybody should get on board because they are doing some good things within the community, and it is so awesome.” 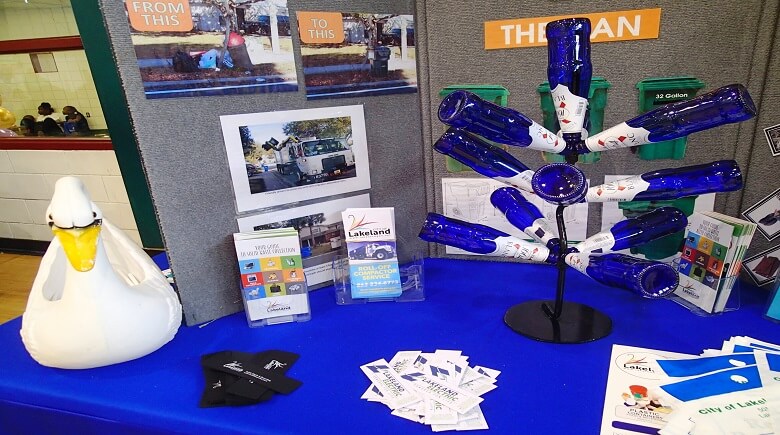 The City of Lakeland also contributed to the event by having a Citrus Connection bus serve as a “cooling station” for the many guests within the late summer heat, as well as by setting up a booth promoting their city’s recycling program.

Debbie Almon, Solid Waste Coordinator, was manning the booth during the event, and was able to talk with many guests about their recycling programs and other efforts to protect the environment.

This was the first time she had ever attended SummerPalooza. Having been to other city events, she noticed that this particular managed to draw in a much larger crowd than others. 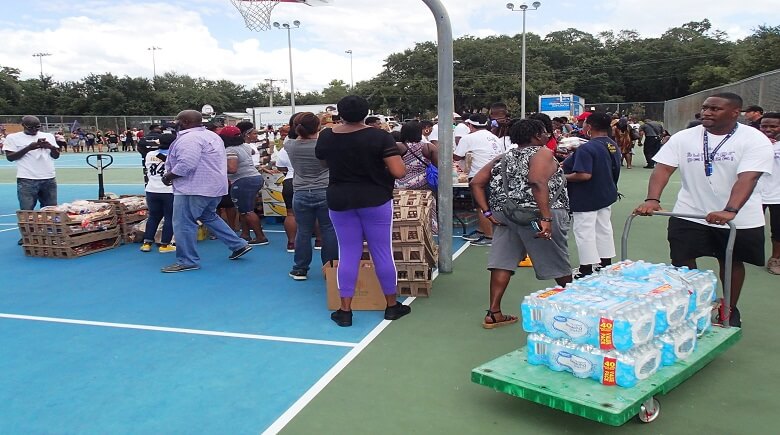 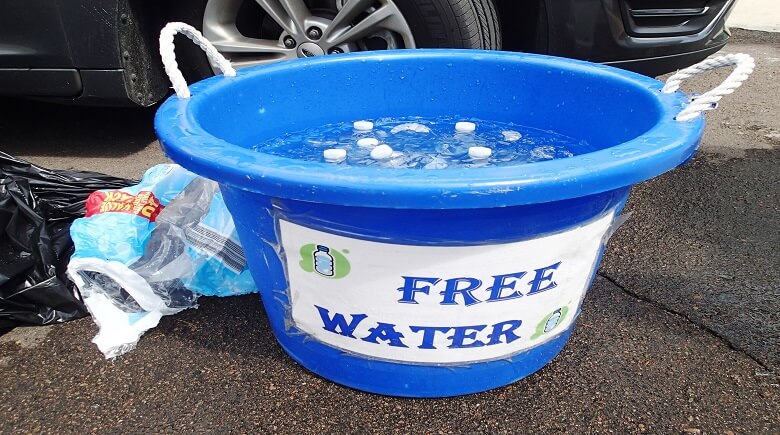 “I have been to some events where I have not seen as many people, but it looks like there was more than 3,000 folks,” she said. “I thought it was a success.”

To learn more about New Beginnings High School, visit their website at: http://www.newbhs.net/