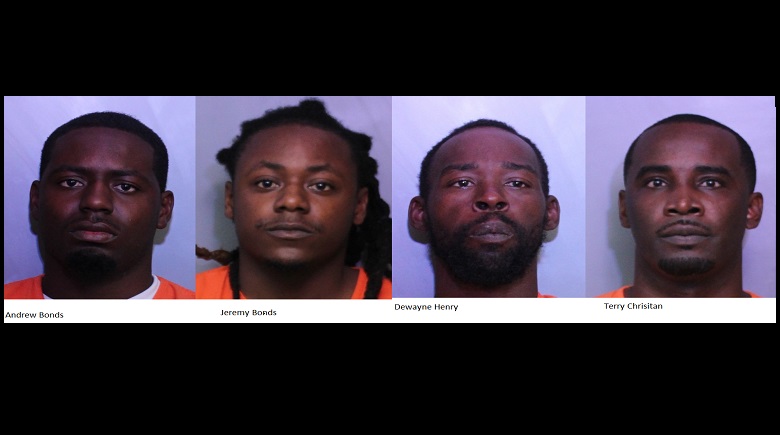 During the undercover operation that followed, marijuana was purchased at the residence from the resident, Terry Lee Christian, age 37. Detectives obtained a search warrant which was served Friday evening. Upon entering the residence, Detectives found several subjects in the process of playing cards gambling at a table. Several other subjects were also located inside the home.

Jeremy Bonds, age 24 of 504 S 4th Street, Lake Wales was also found at the table gambling when Detectives entered. He was found in possession of $649 in cash. He was taken into custody for gambling.

Andrew Bonds, age 26 of 637 Jackson Avenue, Lake Wales was found gambling at the table with Henry and Bonds. He was found in possession of $361 cash. He was also taken in custody for gambling.  Andrew’s criminal history includes traffic offenses, open container and domestic battery.

All four subjects were transported to the Lake Wales Police Department and then to the Polk County jail.

If you have any other information about this residence or the subjects involved please contact Officer Mike Jones at 863-678-4223. If you wish to remain anonymous, you can contact Heartland Crime Stoppers at 1-800-226-TIPS (8477).