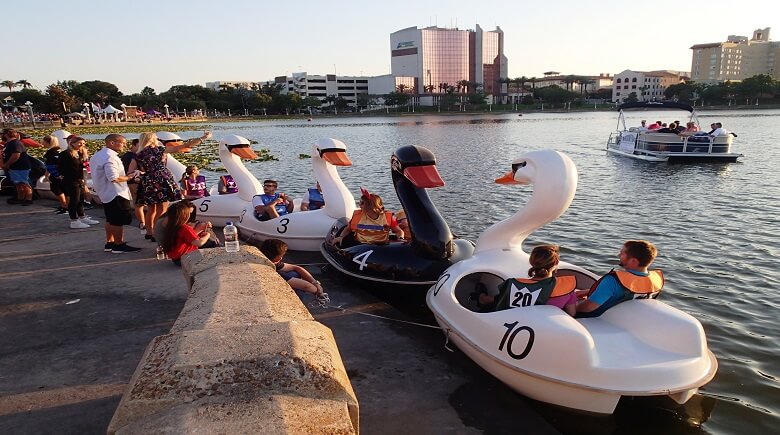 For the second consecutive year, a team from Harrell’s LLC in Lakeland won the main race of the Lakeland Swan Derby on Friday evening.

Allison Sahm and Jodi Hardgrov were the two representatives from Harrell’s chosen to participate as jockeys within the race, which was one of three races on Lake Mirror that evening.

The two not only participated last year, but they had also won first place during last year’s event, making this their second consecutive win, Sahm said. 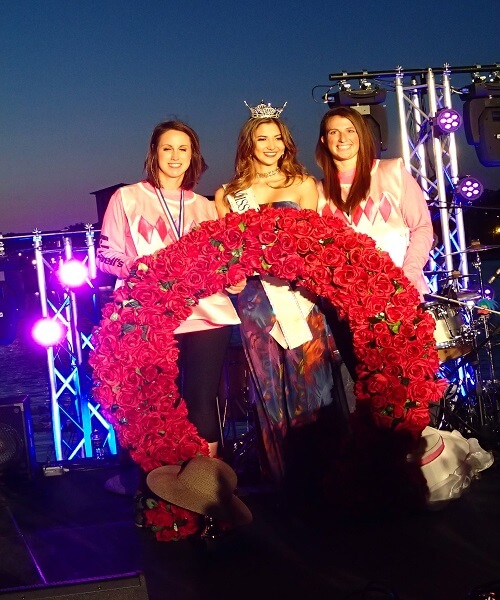 “We are so excited and honored to be here as second-time champs,” she said.

When asked what the key to their two-time success was, Hardgrov replied that it was due to the loving support that they received from their colleagues at Harrell’s, a local distributor of fertilizers, insecticides, and other high-quality “agronomic solutions”, as described by their website.

“We love the people,” she said. “They are fun fancy people.”

The two jockeys were one of ten teams that participated during the main race of the Lakeland Swan Derby. 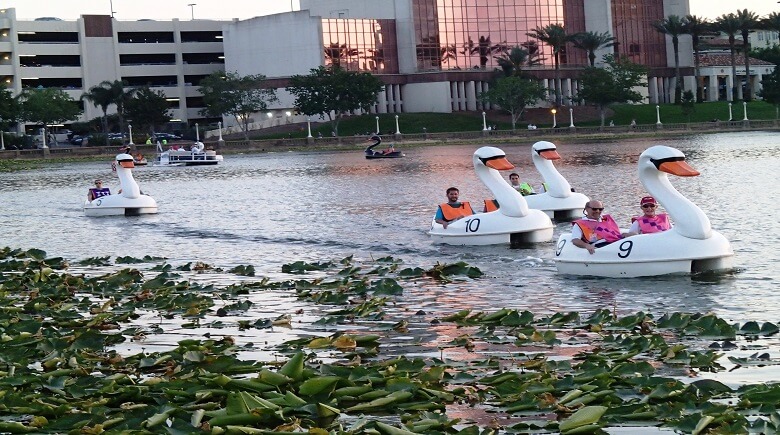 Hosted one week prior to the Kentucky Derby, the annual event serves as the Lakeland equivalent with jockeys racing in hand crafted, pedal-powered swan boats along Lake Mirror in three races. 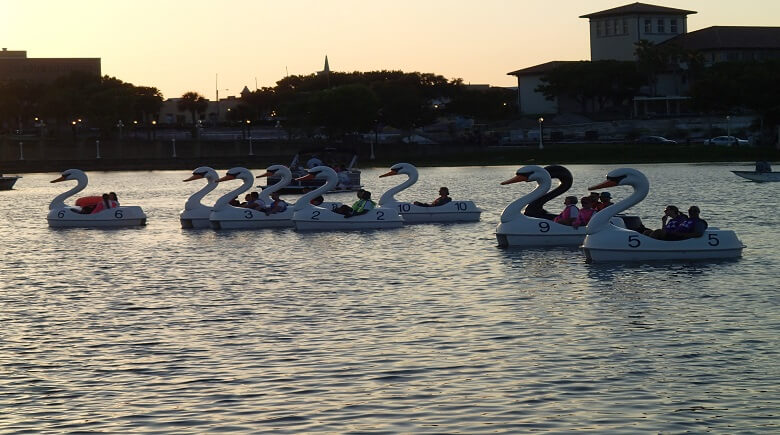 “The Lakeland Derby captures the thrill of a race and the purity of sports entertainment in a hometown setting,” its website states.

For the price of a “Super Ticket”, local organizations and businesses such as Harrell’s can sponsor the event and allow their members to participate in the fun-filled race to the finish as jockeys.

While racers compete on the water, spectators can watch the free event from the Lake Mirror Promenade, either lounging upon the grass or sidewalk, or even watching from high above on the balconies of the Garden Bistro. 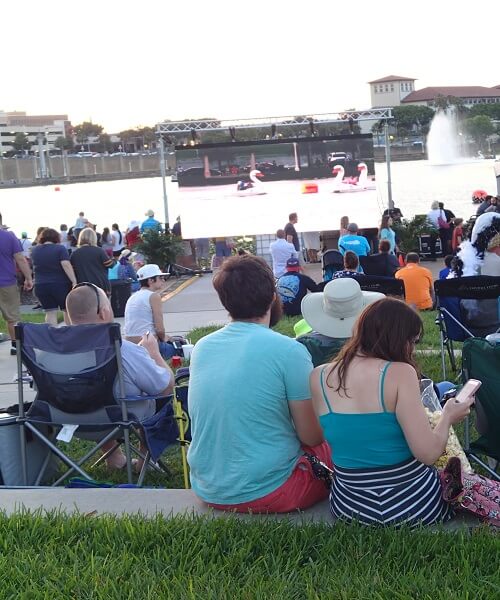 Aside from the race, attendees could also enjoy the evening by eating food served from food trucks, listening to music by live bands, or participating in other fun activities such as hat contests.

The derby-style event serves as a fundraiser for Lakeland Volunteers in Medicine (LVIM), a local non-profit organization which helps fund medical and dental healthcare for the working uninsured in the area. 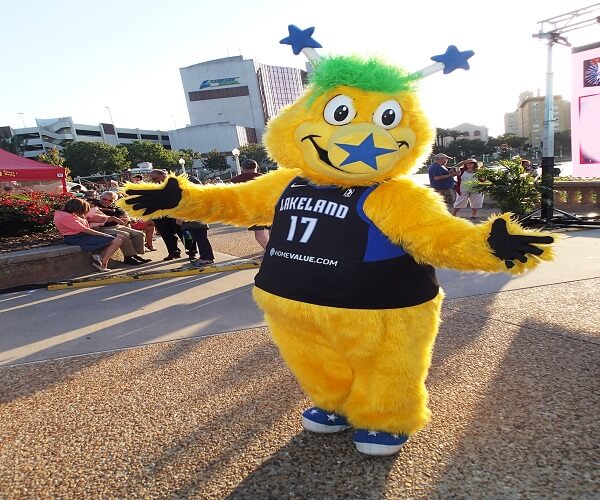 Since its inception 11 years ago, the derby has grown bigger and better each year with more attendees and participants, explained Alice Koehler, LVIM Chief Development Officer.

This year’s turnout proved to be much larger than last year’s, especially since last’s year’s event occurring during the hottest day on record for the last Friday in April, she said.

The event raises approximately $200,000 for LVIM, and just as with the attendance and turnout, the donations also continue to remain strong through local community support, Koehler said.

“I love the whole community coming together, I love everyone’s enthusiasm with getting into the theme…and coming together with their families to watch the races,” she said.

Clay Roberts and his wife, Darcee, also participated that evening on behalf of Southeastern University, and even won first place in another of the three races that evening through their team, “The Swan That You Want.” 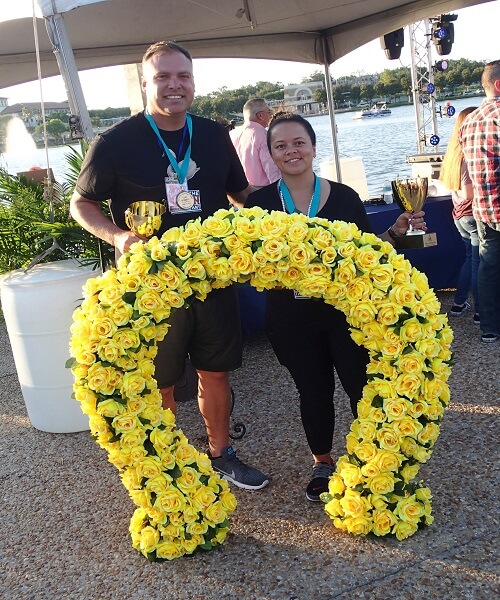 Not only does he love being able to engage in a fun activity with his wife, but Roberts also loves being able to support a local organization that in turn supports the whole community.

“It is a great event,” he said. “It is a great opportunity for our community to come together, and I hope everyone comes out in the future.” 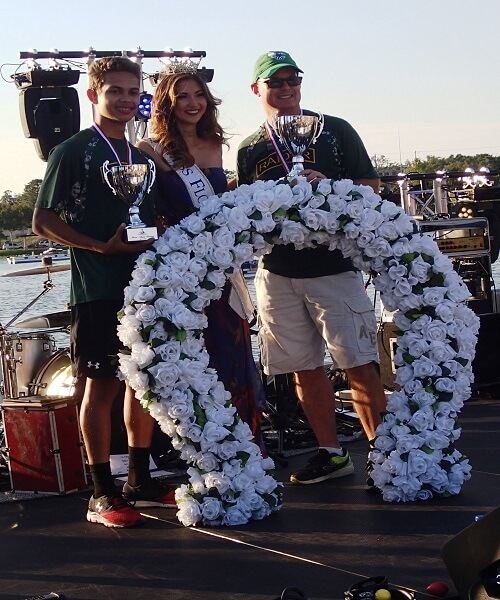 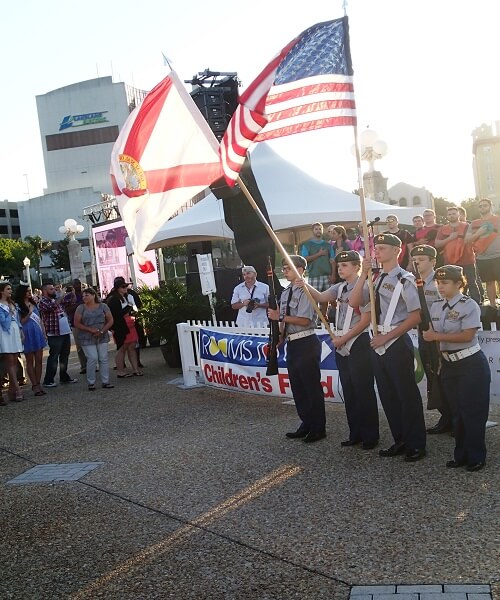 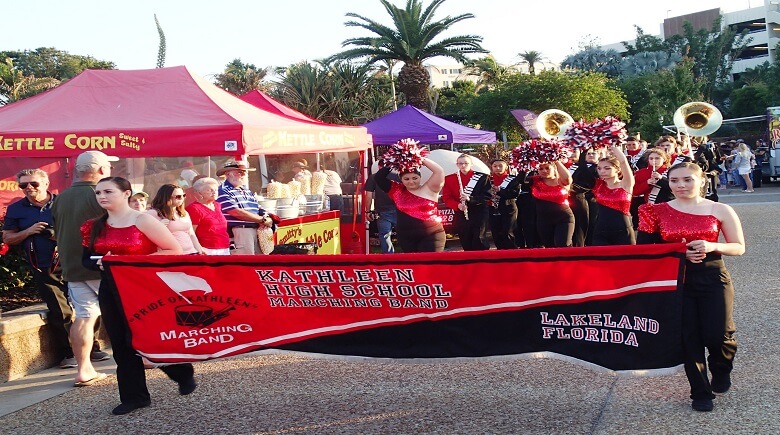