Lakeland Man Arrested After He Attempted to Steal From Publix Twice 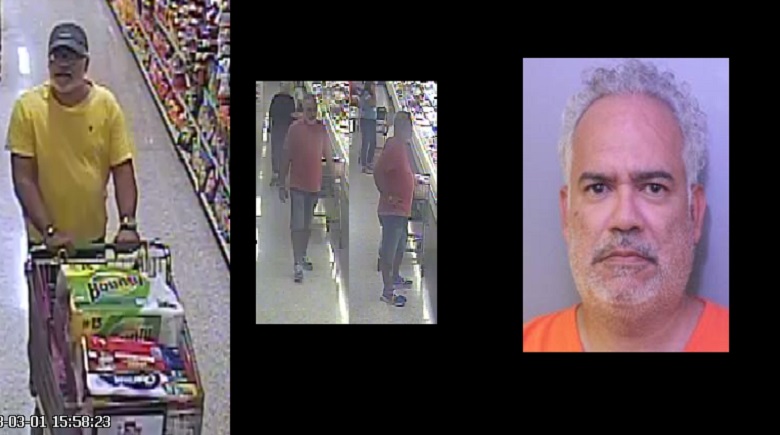 According to the arrest affidavit, on February 1, 2018, Varela-Roman walked into the 98 North Publix and loaded his grocery cart full with items valued at $289.00. After he passed all points of sale and walked out of the store, a store manager approached him and asked him for his receipt. Instead of providing a receipt, he left behind the groceries and drove away in his car (with an obscured temporary license plate).

The second incident occurred on March 1, 2018, exactly a month later, in which Varela-Roman walked into the same Publix, loaded his grocery cart with items valued at $379 and left the store. When store managers followed him out to his car, a white Acura that was registered to Varela-Roman’s wife, he jumped into the passenger’s seat, and crawled into the driver’s seat. He left the items in the grocery cart and immediately drove away. His second try was not any more successful than his first.

“Varela-Roman was unsuccessful the first time he tried to steal from this Publix. And yet, he brazenly goes back to that same Publix for the second time. Some people don’t learn. He’s obviously done this before-it’s not his first rodeo.”  Grady Judd, Sheriff

Valera-Roman is a suspect in at least two Lakeland Police Department store theft cases. Roman’s wife, Saritza Valle-Pena, was charged by complaint affidavit by the Auburndale Police Department for retail theft at the Publix located at 606 Havendale Blvd.

A PCSO detective interviewed Mr. Varela-Roman and Ms. Valle-Pena. Both reviewed the video surveillance from the North 98 Publix store, and both confirmed that Varela-Roman was the suspect in the video, but he denied any knowledge of either theft, even though he was identified by store staff, by the vehicle he was driving, and by video. Mr. Roman was taken into custody, and charged with petit theft first offense F.S.S. 812.014(3)(a) for the incident that occurred on 02/01/2018, and Grand Theft over $300 less than $5,000 F.S.S. 812.014(2)(c)1 for the incident that occurred on 03/01/2018.

Varela-Roman Sr. was born in Puerto Rico and has a valid Florida Driver’s license. He was charged and booked into the Polk County Jail on Tuesday, March 20. He was released after posting a $1,250.00 bond.