On August 25, 2017 at approximately 6:30 p.m., members of the Winter Haven Police Department assisted the Lake Alfred Police in serving a search warrant on a residence that was suspected of heroin sales where two young boys live.

Upon arrival, officers located 49 year-old Juan Raymond Burkette (DOB 9-20-67, 190 Alfred St.) on the porch of the residence. He was immediately detained while the residence was searched. Burkette stated to officers that he uses heroin that is supplied by his brother, Julio. He also stated that he resides in the residence and sleeps on the couch.

Inside of the residence, 48 year-old Julio Burkette and 33 year-old Marisol Burkette (husband and wife, 190 Alfred St.) were found inside of the bathroom where 23 baggies of heroin were located.

Also, 49 additional baggies were located in the bedroom that Julio and Marisol share. There was also a digital scale and plastic baggies located inside of the bedroom.

Two young boys in the Burkette’s care, ages 10 and 11, were inside of the residence where the narcotics were accessible. The Department of Children and Families responded to the residence and officials took control to ensure their well-being.

Forty-one year-old Marcy Mieles (DOB 9-19-75) rents the residence and pays all of the bills at the location. The narcotics were located in plain view inside of the home, therefore Mieles was charged with Keeping a Residence For Sale of Drugs.

A total of 72 bags of heroine with a weight of 7.2 grams along with needles, scales, bags and methadone pills were located inside of the residence.

“The hard work and dedication into stopping the activity at this drug house has paid off with these four arrests,” said Lake Alfred Chief of Police Art Bodenheimer. “The joint effort between us and Winter Haven shows our commitment in the fight against illegal drugs in our cities and in Polk County.” 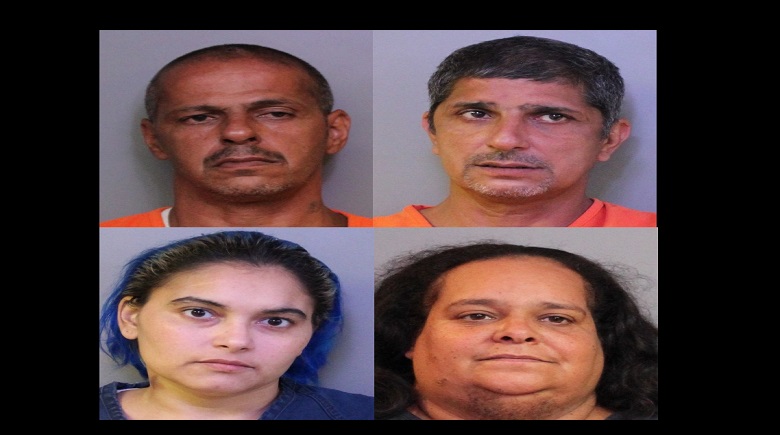 The four were booked into the Polk County Jail on the following charges: