Terrance Harris Arrested in Bartow for Sexual Battery and Burglary 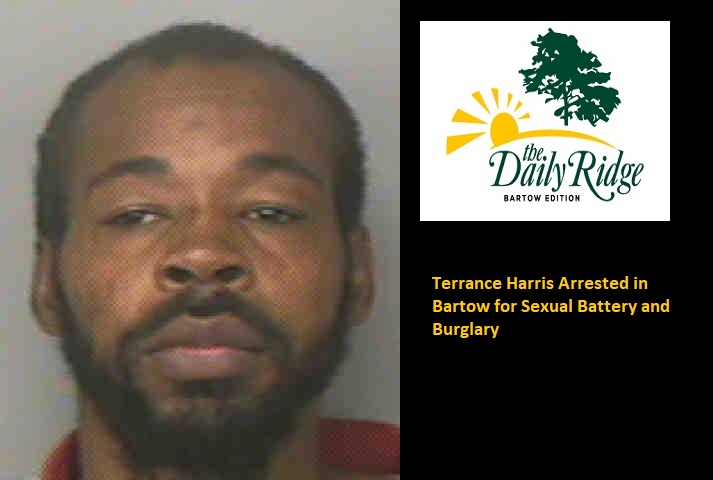 Terrance Harris, 40YOA, was arrested yesterday by members of the Patrol and Detective Divisions and charged with Sexual Battery and Burglary.

Details of incident are as follows: The suspect unlawfully entered a residence and committed a sexual battery upon the victim. Luckily, the sexual battery was interrupted by several other people in the household. Detectives were able to identify the suspect and secure an arrest warrant. When Harris was spotted in the area of US.Hwy 17 and Laurel Street, he ran. After a brief foot chase, members of the Patrol and Detective Divisions were able to arrest him.