Last week was a big week for record-breaking in Winter Haven. The event was held April 19-23 with over 300 participants gathered at the Chain of Lakes to attempt the breaking or setting of water-skiing world records for the National Show Ski Association, the United States Hydrofoil Association and Guinness World Records.

This was their second run at the record books.

During their first attempt in 2015, skiers from as far away as Australia and Germany took to the Chain of Lakes to set 26 records in the sport.

After taking the year off in 2016, participants from all over the world gathered again last week to attempt to break over 40 records, 11 of which will qualify for inclusion in the Guinness Book of World Records.

During my visit on Saturday, skiers were gathered on the shores of Lake Ariana at the Ariana Beach Yacht Club to attempt the Ballet Record for Most Ballet Water-Skiers Pulled by One Boat. 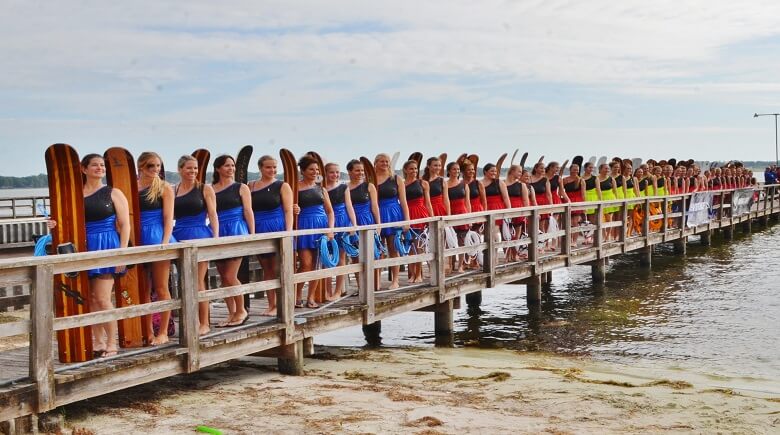 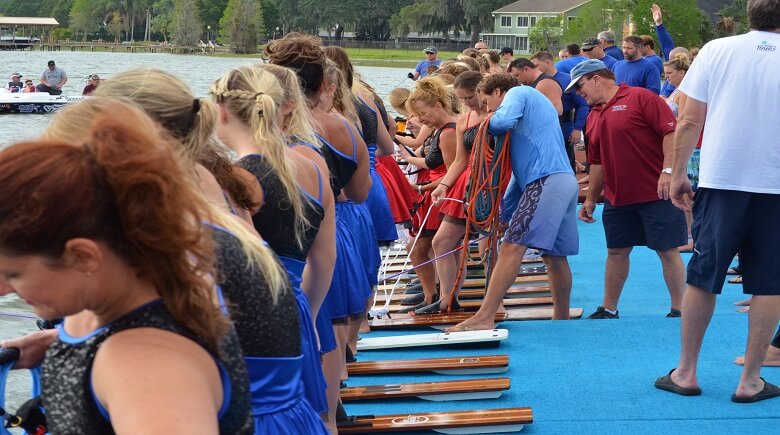 Fifty ladies lined up side-by-side along the pier behind the Ariana Beach Yacht Club as assistants helped line the pull ropes up that were attached to a speedboat with three Mercury 300xs engines. 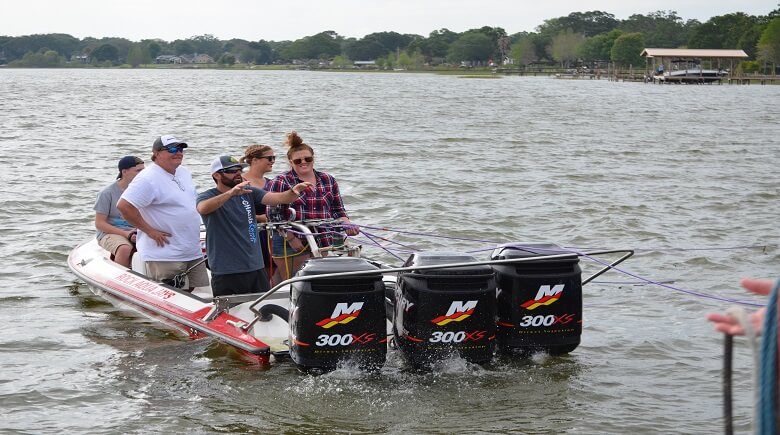 The boat pulled forward until the lines were stretched out and then with a roar of the engines, fifty water-skiers sailed off the pier onto the water about five feet below. Only two skiers fell during the attempt. 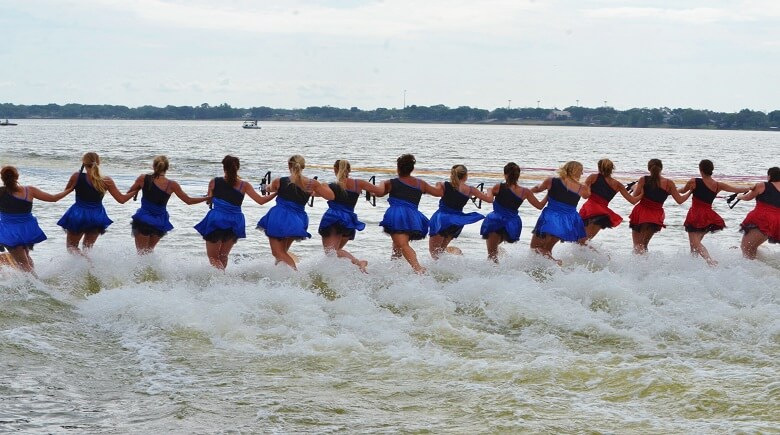 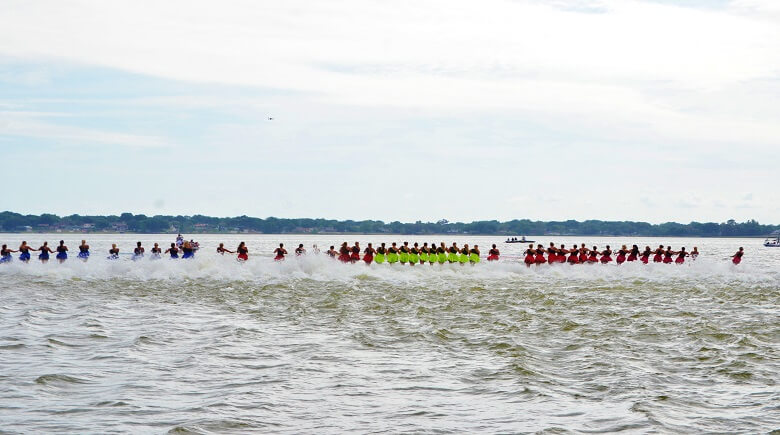 When the skiers returned to the pier, there was excitement as they learned they had broken the record with 48 skiers. The previous record was 40.

“Were looking forward to getting all the records certified although it will take many months for that to happen.  We won’t have all of the certifications done until December but that’s the way the system works” says Team Captain Eric Gran.

Event organizer Geno Yauchler was on the water breaking records as well.

“One of the records I was personally the only one in the record for was the most inverts or rolls on a hydrofoil” ….”I did 30 rolls in one minute”.
The event was a success with 36 total records broken (pending certification) that included 23 National Show Ski Association records, 7 United States Hydrofoil Association records and 6 Guinness World Records.

Here is a list of the attempts that were included in the event: