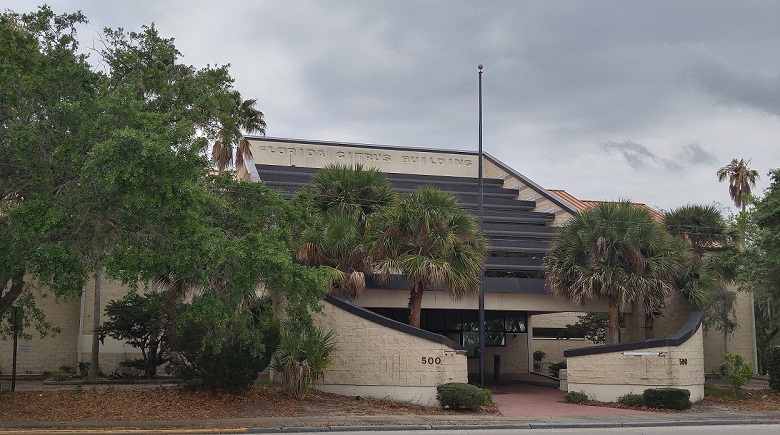 WINTER HAVEN – Interim City Manager T. Michael Stavres says the city is on the verge of acquiring Nora Mayo Hall for civic events, and it will likely be ready for rentals by groups by this fall.

Stavres, speaking at a city commission meeting Monday said the city is reviewing a draft lease agreement for the building, which lies just to the east of city hall annex on Third Street and Ave. E, Northwest.

The facility is owned by the state Dept. of Agriculture and managed by the Dept. of Transportation. Stavres praised the state for how well the state has maintained the long-abandoned building.

“You could rent it today, “he said. “They’ve done a great job of maintaining that facility. It’s still a very viable and desirable facility.”

Nearly a half dozen community groups have approached Stravres with interest in renting rooms in the building in recent days, he said.

City staff members toured the building recently and found the building in “rentable” shape, he said, with only painting of walls and upgrading some lighting required. He suggested to commissioners that the city also upgrade the facility for better access for the disabled, even though the building was constructed before the 1990 Americans With Disabilities Act, and is therefore exempt from mandatory Federal upgrades.

The building’s Event Hall could be ready for use by this Fall, if negotiations with the state are successful, he said.

He told the Daily Ridge that the provisional lease for the building, which is now being negotiated, calls for a $300 per year payment with a term of 50 years.

Acquiring use of the facility, also known as the Florida Citrus Building, has long been a priority for city commissioners, even when the price was far higher.

In March, 2015, commissioners passed a resolution to make an offer on the building, for upwards of one million dollars. That followed a March, 2014 resolution to seek to purchase the property from the Agriculture Department when it sought to sell the property.