Lake Wales,  Florida – On March 7, 2017 at 1:30pm officers from the Lake Wales Police Department were dispatched to Lowes, located at 23227 US 27, in reference to a vehicle which had just been stolen. Officers learned Kevin Peak, a 35 year old Lake Wales resident, parked his 2014 Chevrolet Silverado and attached trailer in the Garden Center loading lane in front of Lowes. Peak was loading items he purchased in the trailer and left the keys in the vehicle ignition. When Peak went back in the Garden Center area to get the pick up the remainder of his purchase his vehicle was stolen. The vehicle was last seen fleeing the area toward Eagle Ridge Mall.
A description of the vehicle was announced over the police radio and officers began searching for the stolen truck and trailer. Sergeant Shawn Smith located the vehicle and trailer at 4812 Timberlane Rd in a store parking lot. Sergeant Smith radioed for other units to respond to assist in apprehending the suspects. When they approached the vehicle the driver drove directly at Sergeant Smith’s and his vehicle. In fear for his life Sergeant Smith fired one round at the driver hitting the truck window but missing the driver. The driver narrowly missed hitting Sergeant Smith. At the time the driver accelerated toward Sergeant Smith a passenger was trying to get into the front passenger seat of the truck. The passenger, later identified at Gregory Wayne Bobo, a Lake Alfred resident, was left standing in the parking lot. He was taken into custody without incident.
After trying to ram Sergeant Smith the driver fled in the stolen vehicle and a vehicle pursuit was initiated. The driver of the stolen vehicle drove through residential yards, fencing, he hit a well, and was driving without regard for anyone’s safety. Once the driver began traveling on the roadway he left the Timberlane area and began traveling on Masterpiece Rd. The pursuit then took the following route: Masterpiece Rd to Burns Ave, Burns Ave to Mountain Lake Cutoff Rd, Mountain Lake Cutoff Rd to US 27, and stayed on US 27 until it’s conclusion at US 27 and Bates Rd.
During the pursuit officers from the Lake Wales Police Department and Polk County Sheriff’s Office were involved. These units included Polk County Sheriff’s Office Air Unit and K9 units from both agencies. During the pursuit stop sticks were deployed and were effective in deflating a couple tires on the stolen vehicle. In the area of US 27 and Lucerne Pak Rd the driver of the stolen vehicle intentionally hit Officer Jared Joyner’s patrol car. Officer Joyner was not injured. The pursuit continued and at the intersection of US 27 and Bates Rd in Haines City the pursuit came to an end. The driver exited the vehicle but did not comply with orders being given by officers and deputies. Officer Joyner deployed his K9 partner, K9 Max, and K9 Max took the suspect down. At this point the driver of the stolen vehicle was arrested. No other passengers were in the vehicle.
The driver was identified as Donald Howard Parsons of Lake Alfred. Parsons was arrested and will be booked in on a variety of charges. Once Parsons was in custody it was determined he was not struck by the round Sergeant Smith fired at him. The Lake Wales Police Department will be charging him with Grand Theft of a Motor Vehicle and the Polk County Sheriff’s Office will be conducting the remainder of the investigation. The Polk County Sheriff’s Office will be charging Parsons with all appropriate charges once the investigation is complete. At this point in the investigation Bobo’s involvement has not been fully determined. Based on the outcome of the investigation he will be charged with any part of the crime he had involvement with. The criminal investigation is still active and ongoing.
Thankfully all the officers and deputies are safe and none of them were injured by Parsons. This was a lengthy pursuit and Parsons put a lot of innocent people in danger. He thought he would get away but the working relationship between the Lake Wales Police Department and the Polk County Sheriff’s Office proved, yet again, to be effective. Parsons is a dangerous person who is now off the streets and a resident of the Polk County Jail.
Following standard practice Sergeant Shawn Smith will be on Administrative Leave until the criminal investigation in concluded.
Initial reports

Update4:  Police are in pursuit of a stolen pick-up truck with what appears to be a green trailer.  Still heading north on 27.

UPDATE:  Pursuit in progress now at Masterpiece and Burns Ave. 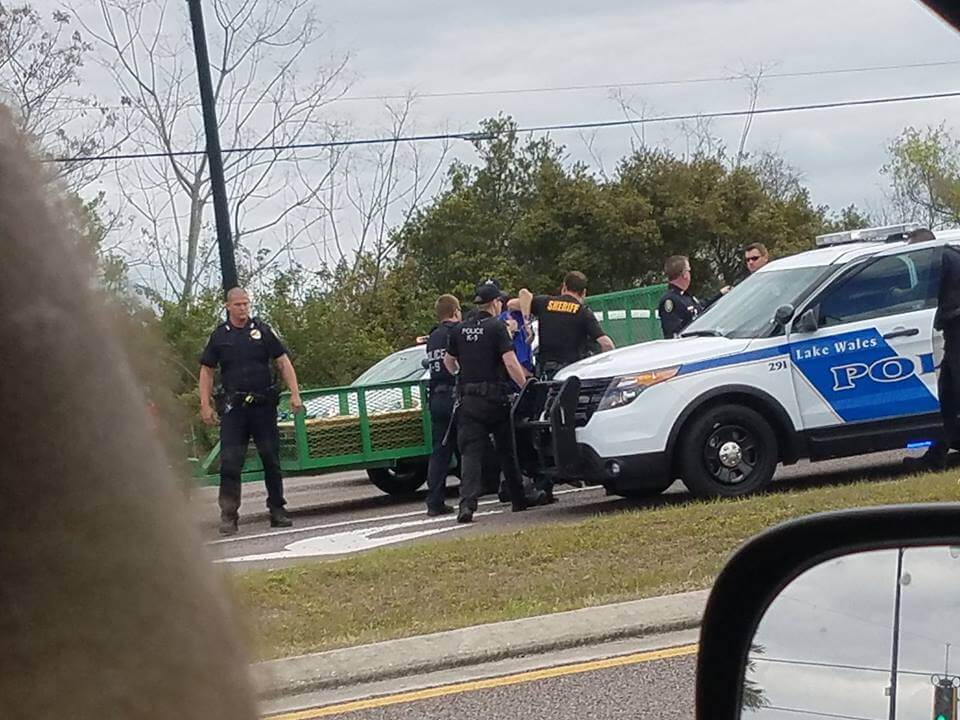 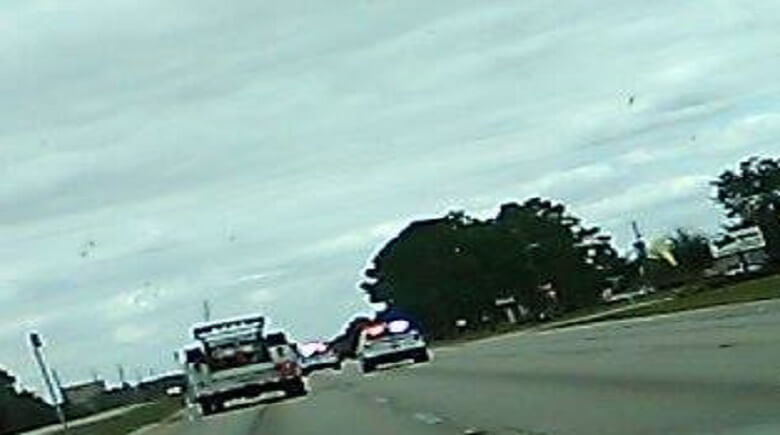