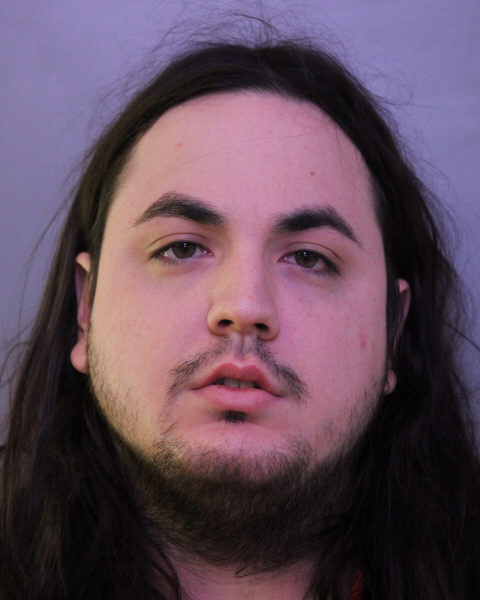 Lakeland, Florida – On January 25, 2017 deputies from the Polk County Sheriff’s Office arrested 27-year-old Joel Faviere of Lakeland. Faviere was vocalist for the rock band “Get Scared” back in 2011 and 2012. Get Scared is an American rock band from Layton, Utah. Formed in 2008. According to reports detectives received information that someone operating a device located in Faviere’s home was sharing files that contain child pornography. Detectives responded to the home on Buck Run Drive, and during an on-scene preview of his computer equipment they seized, detectives found over 4,500 files containing child pornography, including images of infants and toddlers being sexually abused. Faviere told detectives he has been viewing child pornography for a year and that it “has become an addiction.” Faviere was placed under arrest and charged with:

Three (3) counts Possession of Child Pornography (F-2)
Six (6) counts Promotion of Sexual Performance of a Child (F-2)
Detectives will conduct a thorough forensic analysis of all equipment seized, and additional charges are pending.

On Wednesday, February 15, 2017 after it was released about Faviere’s arrest the current lead vocalist for the band , Nick Matthews, put out this statement via the bands facebook page –

First, I would like to say I’ve never met Joel. I’ve only talked to him maybe once or twice for mere minutes, but I am sick and saddened by the news. I am sorry for the victims of this disgusting crime, and I am horrified that he has had access to so many young fans across the country. Although his time in the band was very short, we feel he has tarnished the very name we worked so hard to build up for the past 9 years. We would never condone this kind of disgusting behavior, and we hope you will continue to support us through this tough time. He was not personally a friend of mine, nor did he have any contact with the band in the past 5 years. We are working to do our part in the situation and remove any remaining platform he had through Get Scared, as he does not deserve a platform at all.
If you have any indication that someone you know is looking at or addicted to child pornography, please contact your local police department immediately. Children all over the world are being sexually abused every day and we need to do our part to keep them safe. This should not be about him or us. It should be about finding these children and getting them help. You can report any sexual exploitation of children or suspected exploitation of children to http://www.missingkids.com/. The National Center for Missing and Exploited Children not only aids in locating children who have been abducted, but also provides funding and assistance to help link the pieces together in these kinds of crimes as well as seek out and catch sex offenders. The National Center also has a program that helps to identify and locate children being abused in photos and videos. Their donations are used to fund programs that save children’s lives and keep them safe. This is an EXTREMELY important cause to support and we all need to be aware.
You can donate here: (https://secure.missingkids.org/donate)
We are sorry to those of you who have been hurt or affected by this man’s actions. Please reach out to us or comment and discuss. We are still a family and are here to listen to you. Thank you again for all your support.

Faviere is currently in the Polk County Jail with no bail being provided. He has a court date 3/31/2017,