Share
Facebook
Twitter
FWC approves bay scallop season changes for 2017 in St. Joe Bay; discusses other regional changes
At its February meeting in Crystal River, the Florida Fish and Wildlife Conservation Commission (FWC) discussed the current status of bay scallops in St. Joseph Bay in Gulf County; approved regional changes to the bay scallop season dates in Gulf County and areas surrounding Gulf County; and discussed potential season dates in Dixie County and parts of Taylor County. These changes are for 2017 only and are an opportunity to explore regionally-specific bay scallop seasons.
A prolonged red tide event in late 2015 negatively impacted the scallop population in St. Joseph Bay, which led to modified local scallop regulations for 2016 that included a shortened season and reduced bag limits. FWC researchers conducted a scallop restoration project last year within St. Joseph Bay to help speed the recovery of the scallop population. These efforts have been going well and the scallop population has shown signs of improvement. Staff will conduct similar restoration efforts in 2017.
“Staff and the community should be commended for their communication, management and restoration efforts in St. Joe Bay,” said Commissioner Chuck Roberts. “They were presented with a challenging situation and came through with a plan that balanced the needs of the resource with the economic and social needs of the community.”
At the request of stakeholders, the Commission approved a July 25 through Sept. 10 recreational bay scallop season off Gulf County, including all waters in St. Joseph Bay and those west of St. Vincent Island in Franklin County through the Mexico Beach Canal in Bay County. 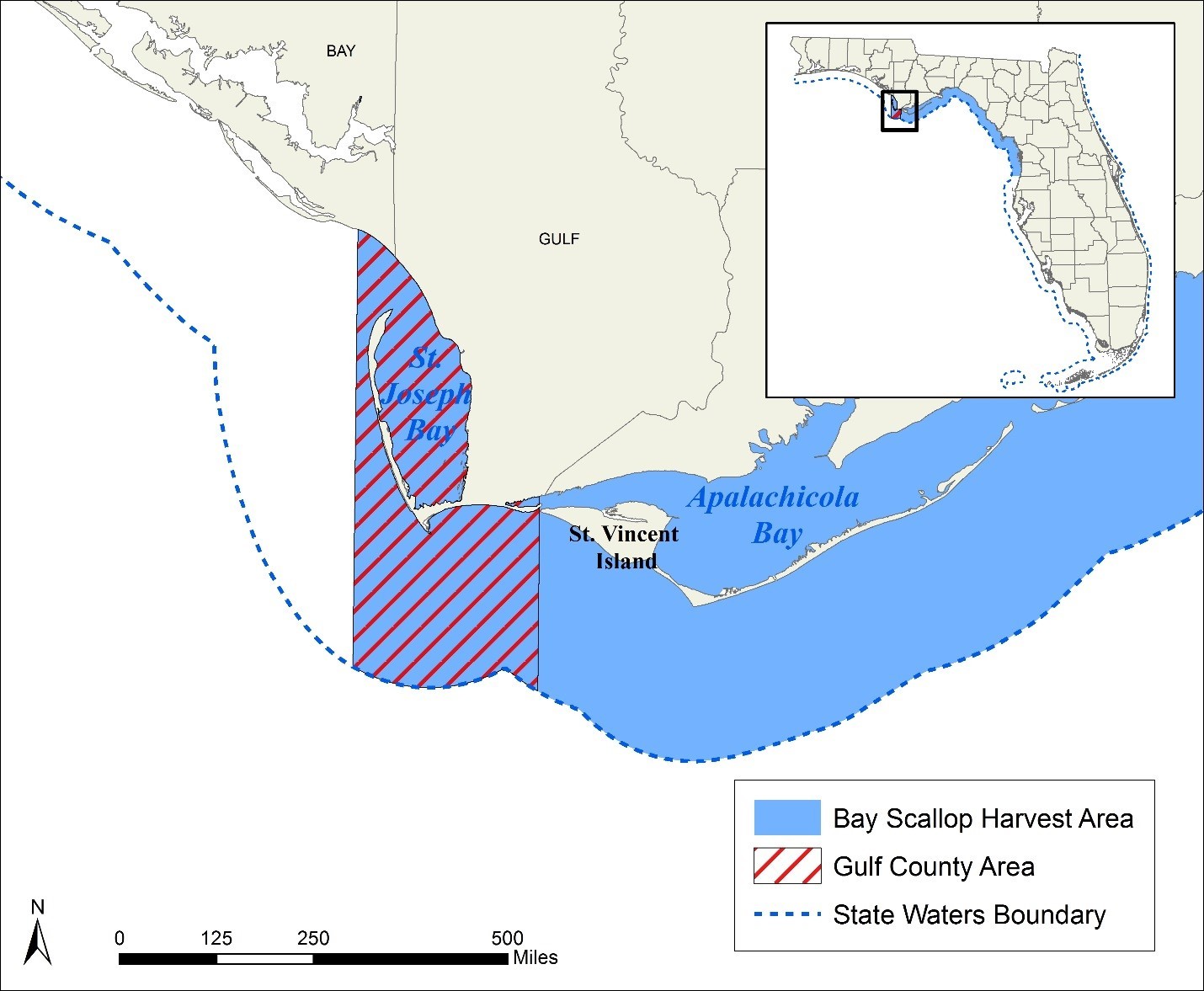 Staff also have been looking into scallop regulations as a whole across the harvest area and proposed potential future changes in Dixie and parts of Taylor counties. The Commission directed staff to work with leadership in Dixie and Taylor counties on gaining consensus on potential season dates for 2017 and to adopt those changes in Dixie County and parts of Taylor County by executive order. A press release will be issued once a season is selected for this area.
Bag and vessel limits throughout the entire bay scallop harvest zone will be two gallons whole bay scallops in shell, or one pint of bay scallop meat per person with a maximum of 10 gallons of whole bay scallops in shell, or a 1/2 gallon bay scallop meat per vessel.
At the December 2017 Commission meeting, staff will review public feedback on these changes and make a recommendation for future management. To submit your feedback on bay scallop regulations, visit MyFWC.com/SaltwaterComments.
For more information on these changes, visit MyFWC.com/Commission and select “Commission Meetings,” then click on the link below “Next Meeting.”
For information on bay scallop regulations, visit MyFWC.com/Fishing and click on “Saltwater Fishing,” “Recreational Regulations” and “Bay Scallops.”
February 9, 2017

Welcome, World Travelers! Would You Pay to Live at Disney World?