Share
Facebook
Twitter
Update 3:29PM:  It is believed that the shooter may have flown into Fort Lauderdale from Canada and had a gun checked in his bag.  He apparently emptied his weapon and laid on the ground to wait for law enforcement to apprehend him.
Update:
Military ID found on shooting suspect.  Name on ID is Esteban Santiago but cannot be confirmed at this time.
At least 5 people are dead and eight people were transported to a hospital, according to the Broward County Sheriff’s Office.
Original Release:
Multiple people were killed in a shooting today at the Fort Lauderdale airport, according to the Broward County Sheriff’s Office.
The gunman is in custody and was the only shooter.
There is no evidence at this time that he was acting with anyone else.  He is currently in custody and is under investigation.
We will bring you more information as it becomes available. 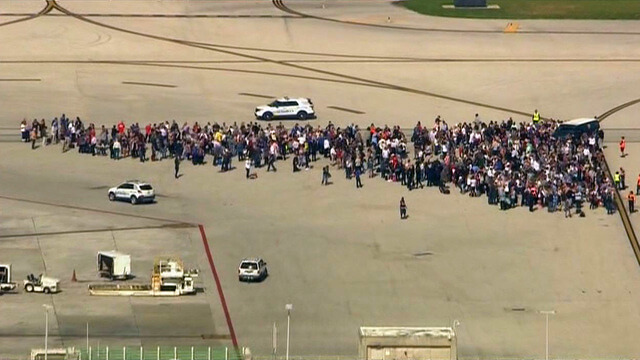