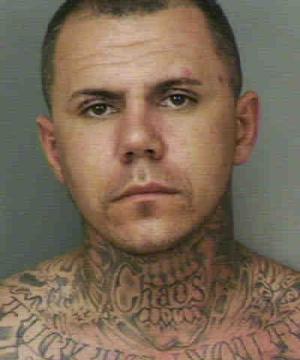 Detectives belonging to the HIDTA task force conducted a traffic stop on 32-year-old Francis Perry, a known convicted violent felon at 2737 Golfview Street in Lakeland, around 5:15 p.m. – this is not Perry’s home
*       Perry has an active warrant for his arrest – fugitive from justice – his last registered address is 272 18th St NE, Winter Haven
*       Perry had a trafficking amount of what appears to be Meth in the car
*       Officers from four agencies: PCSO, Lake Wales P.D., Haines City P.D, and Winter Haven P.D., approached Perry’s car
*       All of the task force members were clearly identified with vests with SHERIFF written across the chest and back
*       As they approached the car, Perry shot at the officers
*       He was the only occupant of the car
*       The officers immediately returned fire
*       Perry was shot multiple times
*       The officers called for medical assistance and began CPR
*       Perry was transported to an area hospital and went into emergency surgery
*       It is standard protocol that the officers involved in the shooting will be placed on paid administrative leave
*       By agency policy, there will be four independent investigations related to the shooting:
o       PCSO Homicide Unit will conduct a shooting investigation
o       PCSO Administrative Investigations will conduct an internal investigation to determine compliance with agency policy
o       State Attorney’s Office is on-scene and will conduct an independent investigation
o       HIDTA members will continue with their criminal investigation into the trafficking amount of drugs
o       At the conclusion of these investigations, the reports will be forwarded to the three other involved agencies for their own internal investigations