Argument Leads To Stabbing In Lakeland

Law enforcement arrived and located the defendant, Harry Johnson in front of the Rent King which is located at 2610 Highway 92 East in Lakeland, Florida.  The defendant made spontaneous statements upon law enforcement’s arrival such as: “Put the handcuffs on
me.”  The defendant originally told responding deputies that he dropped the knife in front of the McDonald’s located at 2606 US Highway 92 East in Lakeland, Florida.  However, the defendant later gave consent to search his luggage to Deputy Sheriff Griffin,6202
and the knife used to cut the victim, Terrance Hall was located in the defendant’s luggage.  The knife still had dried blood on it.  The defendant was secured in a marked patrol car, then was transported to the Southwest District Command Center.  The defendant
made spontaneous statements to Deputy Sheriff Smith, 8093 while he was transporting the defendant to the Southwest District Command Center such as: “I got angry, walked over there, and cut his ass.”

The victim was not in possession of any weapons when he was transported to the Lakeland Regional
Medical Center.

After obtaining the defendant, Harry Johnson’s full taped confession, the defendant was transported to the Polk County Sheriff’s Office bookin facility without incident. 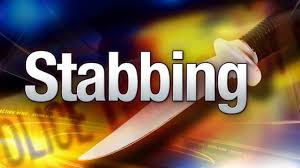