When You See Something Say Something!

When You See Something Say Something! This certainly came into play after a Winter Haven resident helped police catch a vehicle burglary suspect this morning. 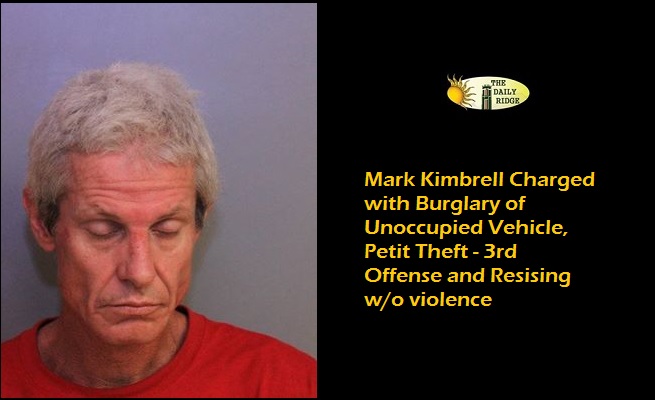 The witness stayed on the phone with dispatch as officers arrived in the area. The citizen gave a clear description of the suspect’s clothing and officers quickly made contact with someone matching the description, 45 year-old Mark Kimbrell. Officers detained Kimbrell and upon searching him, they found a watch and zip-loc bag of loose coins in his pocket.

The original caller was able to positively identify Kimbrell as the person he witnessed attempting to burglarize vehicles in the area.

“We cannot underscore the value enough of citizens calling in suspicious activity,” said Chief Charlie Bird. “Once again, our alert citizens helped catch a criminal in the act and he is back behind bars where he needs to be.”

Kimbrell was taken into custody and booked into the Polk County Jail on charges of Burglary of Unoccupied Vehicle (F3), Petit Theft – Third Offense (M1) and Resisting Arrest W/O. Violence (M1).