The Lake Wales Medical Center held a memorial and dedication on the front steps of the hospital after the loss of one of their own last month.

Family members, friends and the former co-workers of Amanda Alvear, one of two Polk County women that were killed in the Pulse nightclub shooting in Orlando last month, gathered on Tuesday morning for a memorial and the dedication of a bench in her honor at the Lake Wales Medical Center. Amanda was employed at the LWMC as a pharmacy technician.

Fourty-nine people were killed in the nightclub massacre, which was the worst mass shooting in the United States. The deceased shooter, Omar Mateen, 29, proclaimed support for ISIS in a 911 phone call he made to police before the shootings.

Mateen was shot and killed by Orlando police after a three-hour standoff. 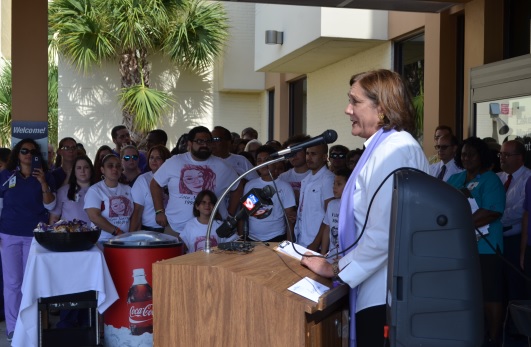 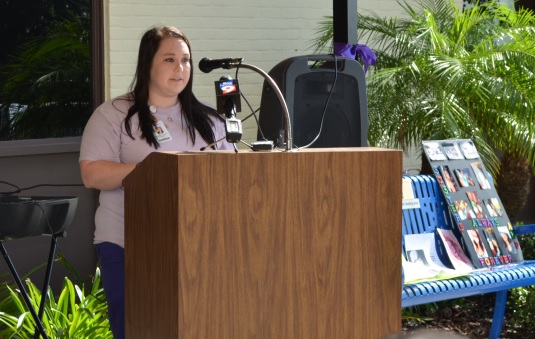 Amanda’s family, friends and co-workers pulls each other close at Tuesday’s memorial 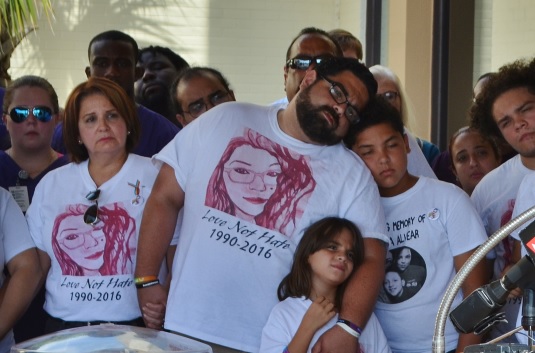 A temporary bench dedicated to Amanda’s memory sits next to the front entrance of the hospital. A purple bench, which was Amanda’s favorite color, will be arriving soon to replace the current bench and will bear a brass plaque memorializing Amanda. 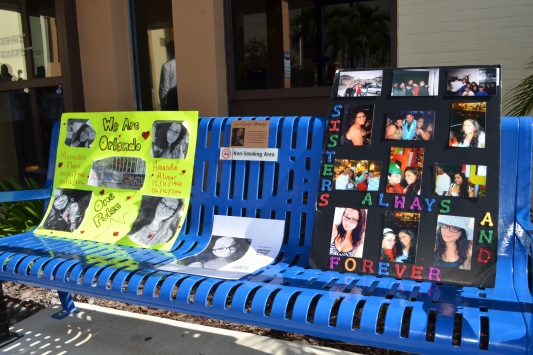 Family and Co-Workers Gathered Together 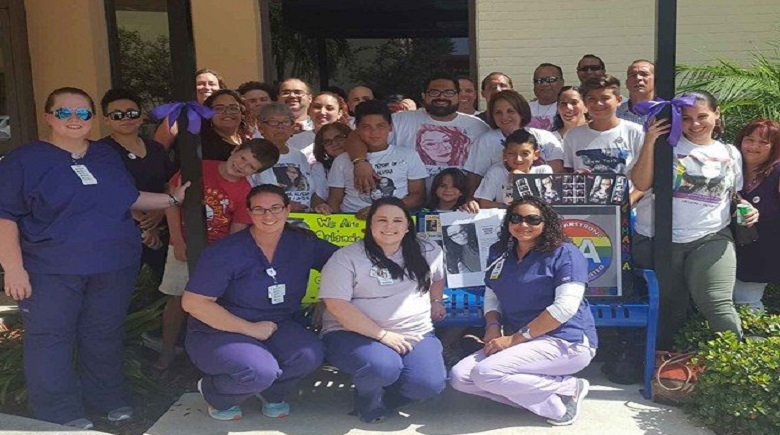 A memorial of 49 crosses were placed in Orlando after the shooting. 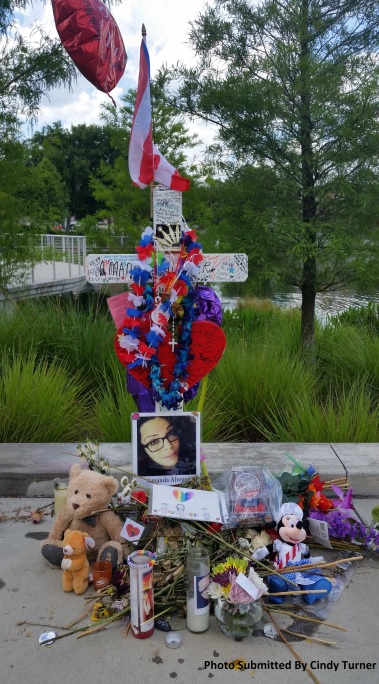