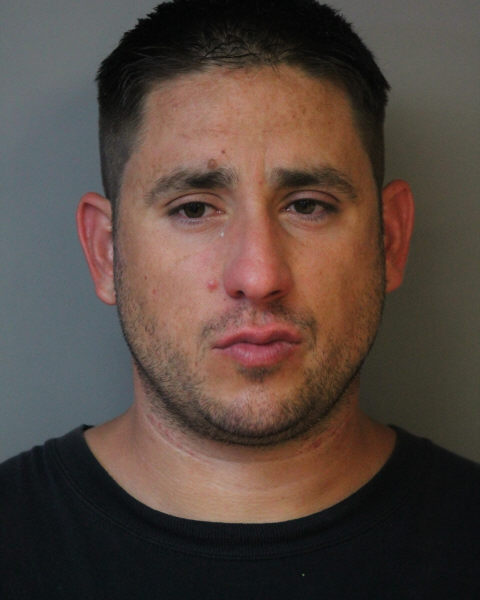 On May 27, 2016, during a joint investigation, PCSO and WHPD detectives positively identified 35-year-old Buck Johnson of 2109 Kings Crossing in Winter Haven as the suspect seen in the Winter Haven area driving up to juvenile females at school bus stop, showing them what appeared to be pornography on his cell phone, and exposing himself to them. After his arrest, he was additionally charged with possession of child pornography after a forensic analysis of his cell phone and computer.

The following are excerpts from different affidavits:

During the year of 2016, the Polk County Sheriff’s Office and the Winter Haven Police Department jointly investigated a combined total of ten (10) reported incidents of alleged lewd and lascivious exhibition involving similar methods of operation (modus operandi), similar suspect identification and a similar vehicle description. The ten (10) incidents reported to law enforcement occurred near the central and southeast area of Polk County to include Winter Haven, Lake Wales, and Auburndale.

Eight (8) of the ten (10) reported incidents involved juvenile females at their bus stops or near their school. Two (2) of the victims were adults. The victims reported a white or Hispanic male around thirty (30) years of age would approach them in a silver vehicle and motion for the juvenile females to come near the vehicle. The victims reported the suspect would show them images on his cellular phone while he was sitting in the vehicle. Some of the victims stated the images or videos appeared to be of people engaging in sexual activity. Some of the victims stated they observed the male suspect masturbating while they were standing near his vehicle.

Several of the victims completed facial composites in which the suspect descriptions closely resembled each other and the suspect, Buck Johnson, DOB 11/28/81.

On 05/25/2016, on 0815 hours, a 14-year-old juvenile reported a male in a new silver, four-door passenger vehicle was parked near her bus stop. The victim stated the male called her over to the vehicle and showed her a photo/video from his phone which she believed to be possibly a pornographic video. The juvenile described the suspect’s cellular phone as being black with a blue and black case. The victim said the male subject asked to get into the car, but she refused. The victim said she could not determine what the photo or video depicted. The victim stated the suspect was wearing a red in color shirt with a flame design on the front of the shirt.

On 05/27/2016, at 0908 hours, the silver, Hyundai, four-door, bearing Florida tag# I349DF that matched the description of the suspect vehicle described by the victims was observed in the driveway of the residence of Buck Johnson.

On 05/27/2016, at 1744 hours, PCSO Detectives arrested Buck Johnson at his residence (2109 Kings Crossing Street SW) for stalking one of the adult female victims. Buck Johnson’s girlfriend, Ciji Palacios, who was also at the residence was arrested for an active violation of probation warrant.

Post Miranda, Buck Johnson stated he drove the vehicle matching the description given by the victims, but he did not make any other statements or admissions. At a later time, Johnson asked to speak with a PCSO detective on his own and waiving his right to an attorney. Johnson said his mind is altered when he uses methamphetamine and he only is interested in different sexual activity when he is under the influence.

Based on the investigation, Johnson was booked into the Polk County Jail for the following PCSO charges:
one count Lewd Exhibition by a Suspect Over 18 with a Victim Younger than 16
one count Display Obscene Material to a Minor
one count Use of Two-Way Communication Device to Commit a Felony
one count Stalking
one count Aggravated Stalking of a Minor
one count each Possession Marijuana, Meth, Clonazepam, and Paraphernalia
Detectives served a search warrant at his home, seizing his computer and cell phone. On June 1, 2016, PCSO Detectives additionally charged Johnson with two (2) counts Possession of Child Pornography, after locating two video files depicting young girls between the ages of 8 and 13 years old engaging in sexual conduct.

On June 2, 2016, WHPD Detectives additionally charged Johnson with two (2) counts Lewd Exhibition by a Suspect Over 18 with a Victim Younger than 16, and one count Use of Two-Way Communication Device to Commit a Felony:

On 5/26/2016, the reportee, advised on weekdays mornings from 06:20 to 07:00 hours, her children wait for their bus in the roadway in front of their residence in Winter Haven. She advised on the morning of the incident, she made contact with her children via telephone and learned of the incident, where adult male driving silver Hyundai, lured her children to the passenger’s side of his car, showed them a nude image of a woman on his cell phone and masturbated in the girls’ presence.

During an interview with detectives, the girls advised they were waiting for their school bus in front of their residence at approximately 06:30 to 07:00 hours on 5/26/2016, when a westbound, silver four door sedan, pulled up to them and stopped. They described the vehicle as a late model import like their church pastor drives. (It was later determined the victims’ pastor drives a late model silver, four door Hyundai). They advised they approached the passenger side of the suspect vehicle, believing it to be their pastor. They advised as they looked into the vehicle they discovered it was not their pastor. They advised during the incident the suspect outstretched his left arm and showed them an image of a nude figure on a black cellular phone and appeared to be playing with his “privates” with his left hand. They advised they screamed at the driver “GO” and he drove off. They described the suspect as appearing to be Hispanic, with short cropped hair, oval face, and approximately 25-30 years of age.