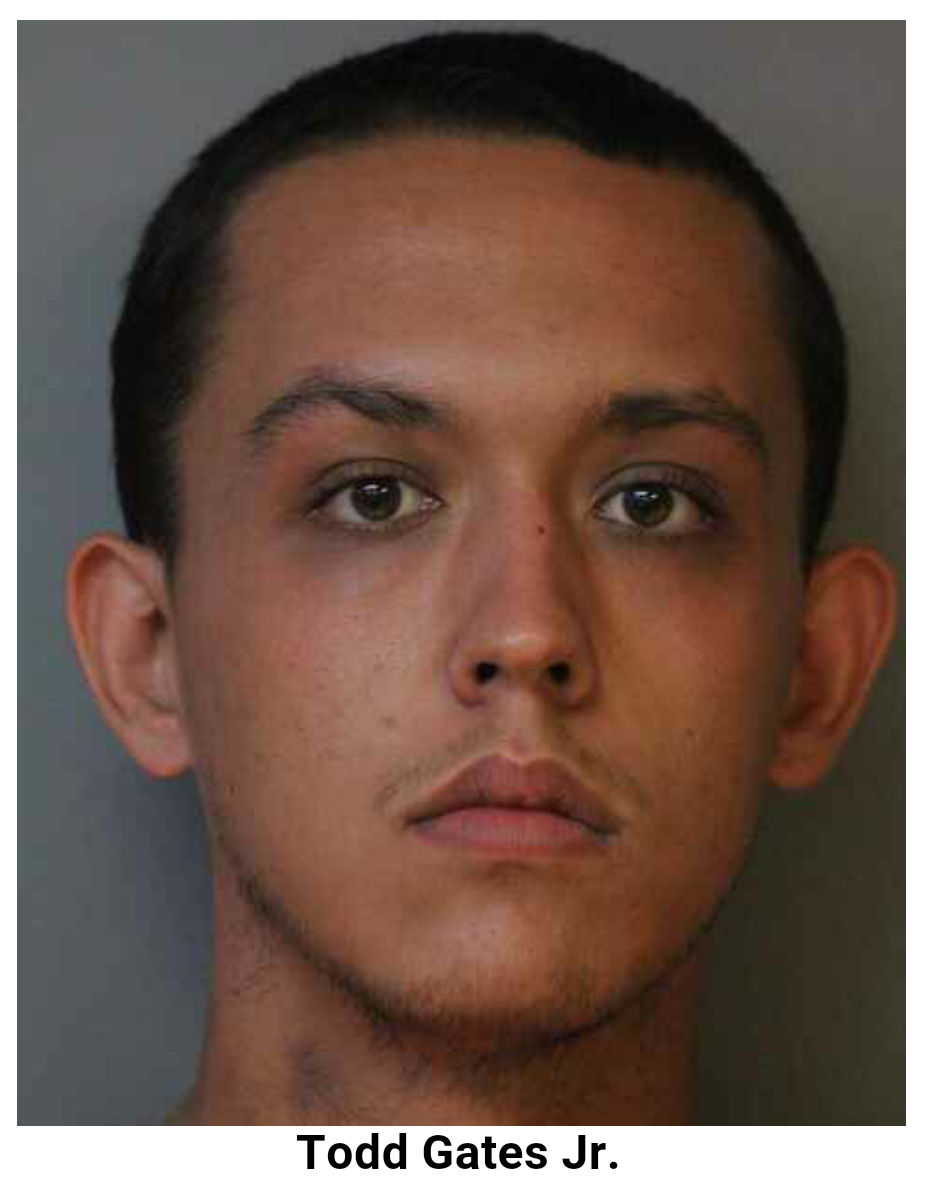 According to their affidavits, on May 23, 2016 19-year-old Todd Gates Jr. and 20-year-old Jacob Byers, both of 3636 Avenue U NW in Winter Haven,  drove to Kim Street in Auburndale with the victim (Larry Graham) for the purpose of robbing someone. During the robbery, Graham was fatally shot.

Gates and Byers were positively identified as the two suspects with Graham during the robbery, and those responsible for his death. On May 25th, Gates was arrested for Providing False Information to Law Enforcement During a Capital Felony, Possession of Marijuana, and Possession of Paraphernalia, and has been in the jail since that time.

On May 27th, PCSO Homicide detectives obtained warrants for Gates and Byers – Gates, who was already in the jail, was additionally charged with First Degree Murder, Conspiracy to Commit Armed Robbery, Attempted Armed Robbery, Armed Burglary, Tampering with Evidence, Grand Theft of Motor Vehicle, and Possession of Firearm by Convicted Felon.

Byers turned himself in to PCSO during the late evening hours of May 27th. He was booked in on the warrant, with the following charges: First Degree Murder, Attempted Armed Robbery, Conspiracy to Commit Armed Robbery, Grand Theft Auto, and Accessory After the Fact in a Capital Felony.

According to arrest affidavit the victim accompanied Gates and Byers to rob a marijuana dealer. According to a witness, first the victim & then a unknown attacker, carrying a long gun, entered the yard of the home on Kim St. The witness who was sitting near the door turned to run into the home and heard a shotgun round being racked & then a blast. He turned to see the victim, Graham, fall to the ground. The unknown attacker turned & fled into a truck. The witness described the attacker as wear a grey ski mask with one big eye hole. The attacker also wore a green & gray longsleeve shirt, gloves, pants & boots.

Through the coarse of the investigation it is reported that Gates girlfriend, Miranda Wright, had set up the the marijuana deal in which Gates, Graham & Byers went to rob the dealer. Deputies went to the residence and interviewed both Gates & Wright. According to the affidavit Gates advised he had been with Wright all night during the time the victim was killed.

Wright advised that that Byers & Graham showed up at her house on the night of the murder in a “Stolo”, meaning stolen truck. The deal was set up with the dealer & the three men. Gates, Graham & Byers then all left. According to the affidavit it was known by all that the men all intended rob the dealer. Wright described the clothing worn by Gates & it matched that of the attacker that shot & killed Graham. Gates returned back to the home & seemed agitated.

Another witness advised he was at Wright’s home when Gates returned after the incident and he was “frantic”. Gates took Wright aside and spoke to her. The witness then stated that Wright allegedly told him that Gates had said Larry was shot. Gates also said “It went bad, Larry ran”.

A shotgun was found in the stolen truck in Pasco County. The truck had been lent to a friend by Gates who asked him to watch it for him according to the affidavit. 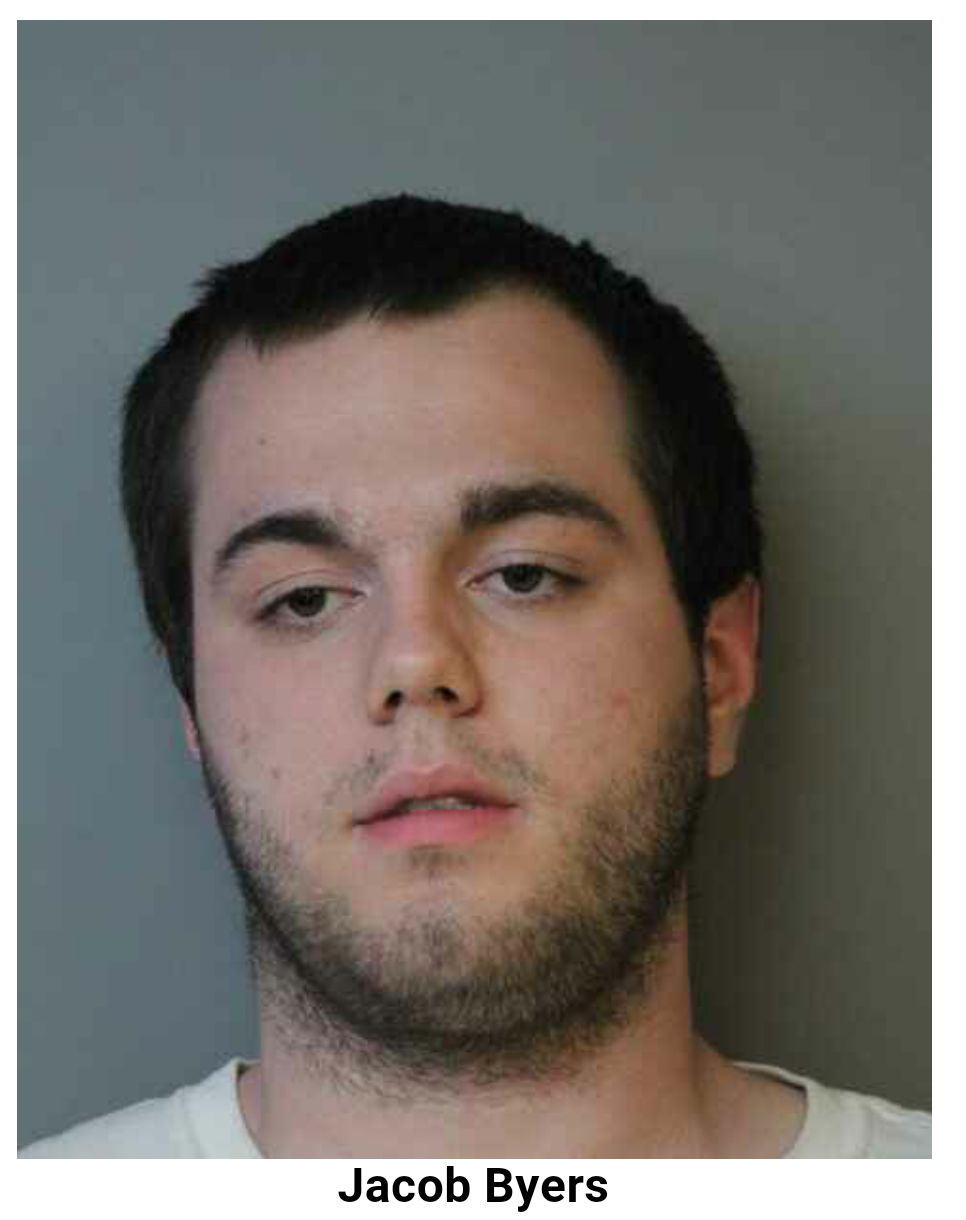