Winter Haven, FL, May 18, 2016– Winter Have Christian School Archer Paige Stephens placed 3rd out of 2,326 Middle School female archers at the National Archery in Schools Program (NASP) national tournament held this past weekend in Louisville, Kentucky.  Stephens shot a score of 293 out of a potential 300 to become the first ever archer from the State of Florida to finish in the top 5 in the NASP national tournament which has been held since 2010.  Finishing in the top 30 at Nationals gives Stephens the distinction of qualifying for the World Tournament which will be held June 24-26 in Myrtle Beach, SC.  NASP confirmed to Winter Haven Christian that Paige is also the first archer from the state of Florida to qualify for the World tournament.

Under the guidance of Coaches Ben Branch, Mike Way and Richie Stephens Winter Haven Christian has a thriving and growing Archery program which has been a popular sport at WHCS for several years.  According to Headmaster Mr. Joseph Klein the sport has been so popular at WHCS the school built a dedicated archery range on their campus located on Buckeye Loop Road in NE Winter Haven.  The Winter Haven Warriors Archery team sends a team each year to the NASP Florida State tournament which was held this year for the first time in Bartow.  Top shooters from each State tournament qualify for the National Tournament. 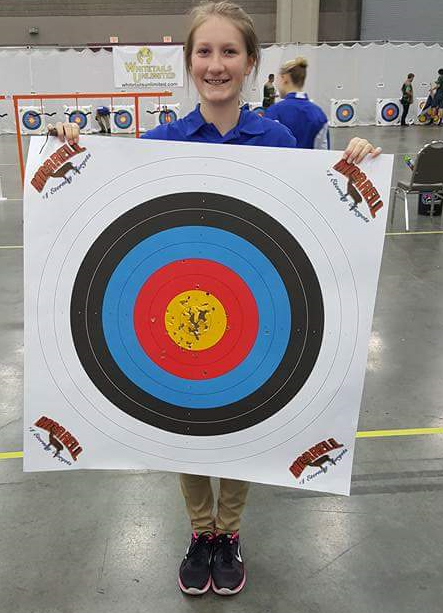