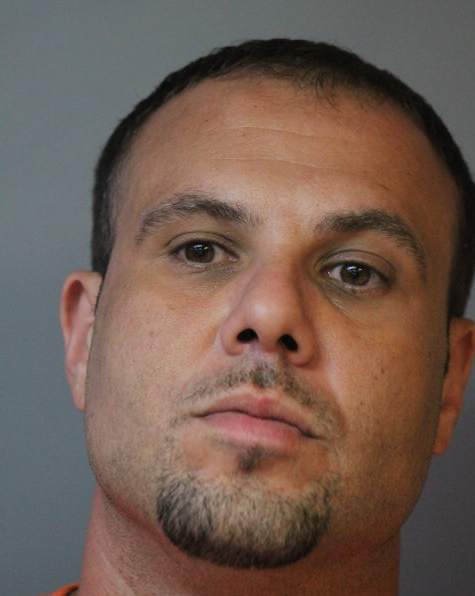 Polk County Sheriff’s Office undercover detectives received information that child pornography was being downloaded at a residence in the Queens Cove neighborhood near Winter Haven. Detectives executed a search warrant yesterday, Wednesday, April 27, 2016. When detectives arrived at the residence 4 adults and two young children ages 3 and 4 were located and an additional adult, Justin Moss, arrived during the execution of the search warrant.

Detectives discovered and removed eighteen cell phones, three tablets, and four pieces of external media, all of which will be examined for child pornography. During examination of a cell phone belonging to Justin Moss, three images depicting the sexual battery of 5-year-old females were discovered, leading to the child pornography charges.

Justin Moss was additionally charged with Negligent Child Abuse without Bodily Harm because of the young children in the home having access to drugs and guns. There were several containers and clear plastic baggies containing cannabis, parts of already smoked, hand rolled cannabis cigarettes inside the bedrooms, and multiple items of drug paraphernalia in the home. Cannabis and drug paraphernalia were located under a bed, and on a dresser, well within reach and specifically next to a bed where a 4 year-old child was found to be sleeping during the execution of the search warrant. A search of the closet inside Moss’ bedroom revealed nine (9) long guns (rifles and/or shotguns) and two (2) handguns. The guns were not secured in a gun safe and/or in a safe manner, and some of the long guns were easily accessible to children due to the fact they were stored on the closet floor. A number of pieces of ammunition for the guns were also located throughout the closet and throughout Moss’ bedroom. During a search of the residence’s enclosed garage, several smoked cannabis “roaches,” as well as approximately 10 grams of cannabis stored in a glass container and grinder (used to prepare cannabis to be smoked) were also located. Detectives located a scale (used to weigh cannabis), grinder and rolling papers in the garage.

The investigation is ongoing and other charges are possible.