Update To Triple Homicide In Lakeland This Morning – KIller or Killers Being Sought –
At approximately 6:45 am on Wednesday, January 06, 2016, the Polk County Sheriff’s Office Emergency Communications Center received a call advising there had been a shooting at the East Magnolia Drive residence.

Patrol deputies responded initially and located three deceased victims; one Hispanic female, one white female, and one black male. A fourth victim, a Hispanic male was shot in the face and was transported to an area hospital.

This is an active and ongoing investigation – detectives remain on scene. Positive identification with next of kin notification has not yet been confirmed.

Detectives are asking for the community’s help in this investigation. Anyone with information about the events leading up to the shooting, or anyone who may have details about activity occurring in the area at the time of the shooting, is urged to contact the PCSO at 863.298.6200.

Three people were shot to death, and another was injured in a shooting Wednesday morning at 2312 East Magnolia Street, in the Combee area of Lakeland, according to Polk County Sheriff Grady Judd.

Two women and a man were killed in the house, and a fourth person was taken to Lakeland Regional with a gunshot wound to the face.

Judd said they have no suspect, but the victims were targeted. Deputies believe there is no danger to the community at large.

No other details about the investigation are available at this time 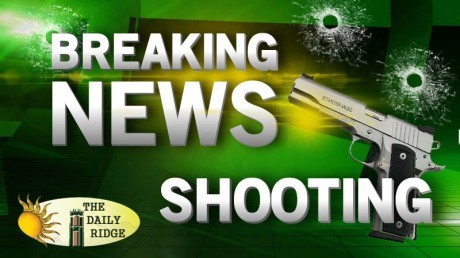