This BBQ Team Won Best Overall For 2nd Year At Fire It Up! Frostproof

This BBQ Team Won Best Overall For 2nd Year At Fire It Up! Frostproof

When it comes to making great barbecue, Pig Chicka Cow Cowattributes their success to consistency. This reason is why they’ve consistently won first place at Fire It Up! Frostproof for the past two years.

This barbecue team from Alachua, FL was named the grand champion for best overall barbecue in the proffesional division at Frostproof’s annual barbecue competition on Saturday. 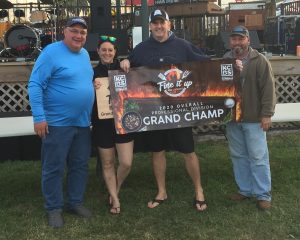 Amanda Podlucky and her team member, Lee Thompson, have been participating in other competitions throughout Florida since they started their team in 2015. Since then, they have won countless awards at events such as Ribs on the Ridge in Haines City and Grills Gone Wild in Davenport.

Last year was their first time competing at Fire It Up! Frostproof, where they were named the proffesional grand champion. They won the title once again this year.

The secret to their success has been with everything about their barbecue, from their rubs and sauces, to the way they smoke their meat. Overall, Podlucky and her team mates enjoy being able to participate alongside other great teams.

“It is a great contest,” Podlucky said.

Winning the title of backyard grand champion was Twisted Oak BBQ. This small father-daughter team have been competing for the past four years at other events. This was their first time participating at Fire It Up! Frostproof. 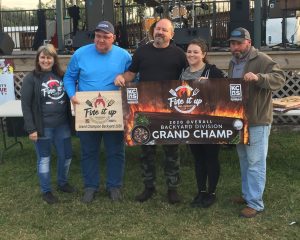 With this being their first year, the event more than met their expectations. As for their own success, they specialize in chicken, and their secret is with the way they smoke it just right, explained Renee, who competed alongside her father, Darren.

For the past three years, Fire It Up! Frostproof has been the premier Kansas City Barbeque Society (KCBS)-sanctioned BBQ contest. This year’s event drew in more than 35 teams from across the state for both the proffesional and the backyard division. 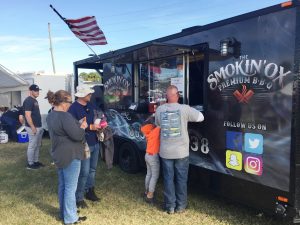 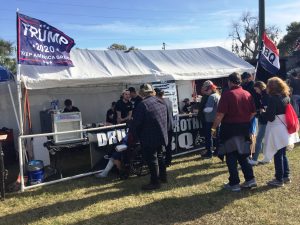 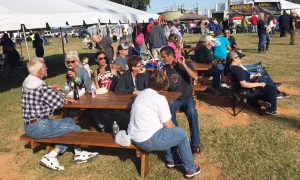 Mayor Martin Sullivan, the event chair, was especially proud of the turnout. He insisted that this year’s event was the biggest and best one. He hopes that word of mouth builds up for an even bigger crowd next year.

“It has been a great time,” he said. “The bands were phenomenal this year, and the competitors all did great.” 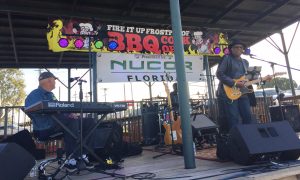 “There is something magical about Polk County,” she said. “You guys have a fever for outdoor cooking, and I am glad to be a part of it.” 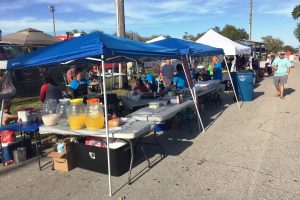 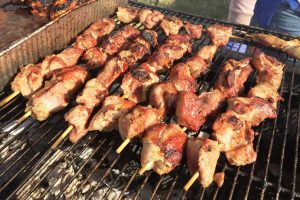