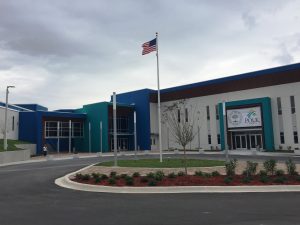 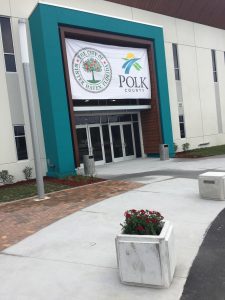 The $25 million indoor athletic facility includes a 58,400-square-foot gymnasium with six basketball courts and 12 volleyball courts, a second-floor observation area with a track, and a fitness center. 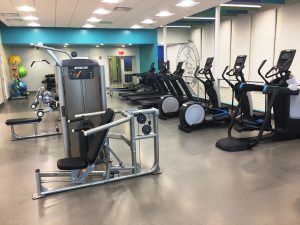 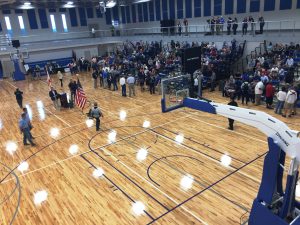 Also included is an indoor bridge connecting the new facility to the previously existing facility containing Theatre Winter Haven and the Ridge Art Association, which has also received renovations.

The new facility will serve as the training grounds for the Lakeland Magic, which has been hosting games at the Lakeland RP Funding Center for the past three years.

The grand opening celebration was hosted within the new gymnasium. Rather than dedicating it with a traditional ribbon-cutting, the facility was instead dedicated with a basketball tip-off between Winter Haven Mayor Brad Dantzler and Lakeland Magic CEO Alex Martins. 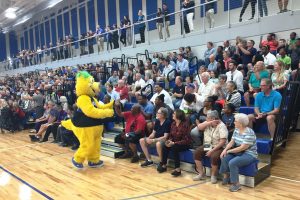 Martins boasted about how the new facility will be able to better help accommodate the Lakeland Magic, the local affiliate of the Orlando Magic basketball team. Serving as the home basketball team for the past three years, having reached the playoffs in their first two seasons.

The new facility will serve as their practice facility, as well as a venue for several team events. Helping them create the facility was their partnership with AdventHealth as part of its overall mission for personal care.

“Thank you for the city of Winter Haven and to Polk County for your vision to bring this facility here, to benefit all the citizens of these communities,” he said. “We are happy to be a small part of the memories that will take place here in the Advent Fieldhouse.”

Mayor Dantzler and Pro Tem Mayor Nathanial Birdsong both offered their thoughts on the new facility. Birdsong himself saw it as an extension of Winter Haven’s growth since its establishment in the early 20th Century.

Located at the intersection of Cypress Gardens Boulevard and US Highway 17, the field house will offer visitors entering the city a good first impression of what they can come to expect from the community. 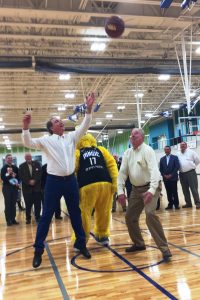 “This space represents the Winter Haven lifestyle which includes leisure activity, recreation, athletics…and entertainment,” he said. “Today we open our doors and invite you to explore this new and improved location meant to accommodate the needs of our community for an enriched lifestyle. This project represents an important investment in the residents of Winter Haven and the future of our city. It is my pleasure to participate in this celebration to open another iconic Winter Haven attribute that will impact our community for many years to come.”

The AdventHealth Fieldhouse, aside from serving as the practice facility for Lakeland Magic, will also host other athletic events in the near future, with more than 40 events already scheduled this year by Polk County Sports Marketing, explained Martha Santiago, Polk County Commissioner of District 4.

Santiago expects the new facility to open new doors for both the city and the county, as the many events that will be hosted there will draw in tourists and potential residents, which will likewise draw in money to local businesses. The facility is already expected to create a projected economic impact of more than $22 million into the local economy, she said.

“Sports tourism imports funds that could be dispersed into other cities and county here into this city and county,” she said. “This new money will turn to more jobs and continue to grow our economy. Tourism remains one of Polk County most powerful economic engines, and if this field house proves, a dynamic driver of development.” 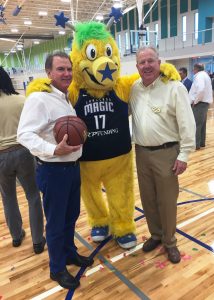 The AdventHealth Fieldhouse is located within the Chain of Lakes Complex, located at 210 Cypress Gardens Blvd, Winter Haven, FL 33880. For more information, visit the Winter Haven Parks and Recreation website at: https://www.mywinterhaven.com/parks-and-recreation/