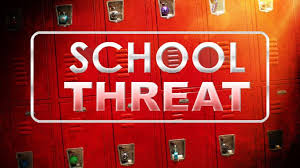 The Auburndale Police Department began an investigation on 11/21/2019 in reference to a threat of violence to multiple people written in a bathroom wall at Auburndale High School. This threat was for a future date, January 29, 2020. Auburndale detectives worked diligently last week to identify any persons of interest. While detectives were collecting evidence, two more written threats were discovered in two separate bathrooms today. These threats were again for a future date, January 29, 2020 and referenced a school shooting. The last threat that was written included the first names of six students and referenced a school shooting. Detectives made contact with the suspect, Karrisa Gail Degeer W/F 15 year of age, 9th grader at AHS. After presenting the facts, she confessed to writing the threat on 11/21/2019 and the two threats written earlier today. Degeer was arrested today and charged with three 2nd Degree Felony counts of written threat to kill or Injure FSS 836.10.

The Auburndale Police Department takes these and all threats very seriously and we are going to arrest anyone we identify as being responsible for such threats. We encourage parents to talk to their school-age children about the seriousness of such senselessness. We also encourage parents and students to “if you see something, say something”.

“We are most thankful to the Auburndale Police Department for their swift and thorough investigation into the written threat left in a bathroom at Auburndale High School late last month. Our local law enforcement agencies are invaluable partners as we work to provide the safest possible learning environment for our students. But safe schools will only be achieved if we all work together. I encourage our students, staff, parents and community members to remain diligent. If you see or hear anything suspicious, immediately report it to your school administrators. We can never be too careful when it comes to student safety.” —Superintendent Jacqueline Byrd.