Driver Charged With Failure To Yield After Striking Pregnant Pedestrian

Driver Charged With Failure To Yield After Striking Pregnant Pedestrian 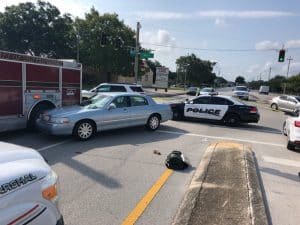 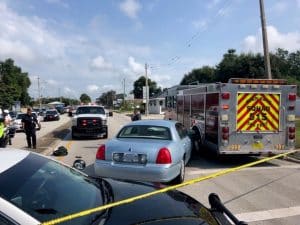 A 71 year-old driver has been charged with Failure To Yield Pedestrian Within Crosswalk after striking the woman at First St and Ave. G today.
The pedestrian, a 25 year-old woman who is 8 months pregnant, was crossing First St. in the crosswalk with the green walk signal. The 71 year-old driver was making a left turn off of Ave. G headed northbound. He told investigators he was watching the traffic on First St., although he had a green light, when he struck the pedestrian. He stated he never saw her until the impact.
He immediately stopped to render aid to the woman.
The victim was transported to Lakeland Regional Health with a head laceration. Mom was treated and Baby “Olivia” is fine, still with mom awaiting her official arrival into the world.
The driver was cited for Failure To Yield To Pedestrian In a Crosswalk.