Just sit right back and we’ll tell a tale, a tale of a fateful trip, that started from Lake Clinch’s shore aboard this tiny ship.

While the boat was painted in the colors of the S.S. Minnow, with the two boaters dressed as the Skipper and Gilligan, it did not depart on a three-hour tour that ended with them deserted on a tropical isle. 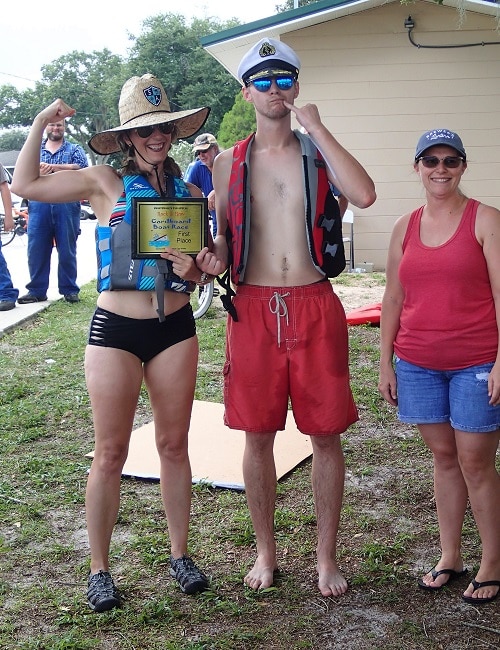 Instead, this cardboard boat not only won first place at the 2nd Annual Cardboard Boat Race during the Frostproof Lake Day, but also broke an all-time record, paddling to the marker and back in less than two minutes.

The winning team were realtors from Lake Placid participating in the annual cardboard boat race for the very first time. Eve Brock, her boat mate, Tyler Fay, and her team spent several days designing and building the boat.

They had some help from a friend, who had prior experience building and racing cardboard boats. As such, the boat had a sleek, aerodynamic design with planks on either side to help keep it afloat.

Such an expert design allowed the boat to exceed the time of not only the other boats at the event, but also boats from last year’s event, crossing the finish line in one minute and 58 seconds. 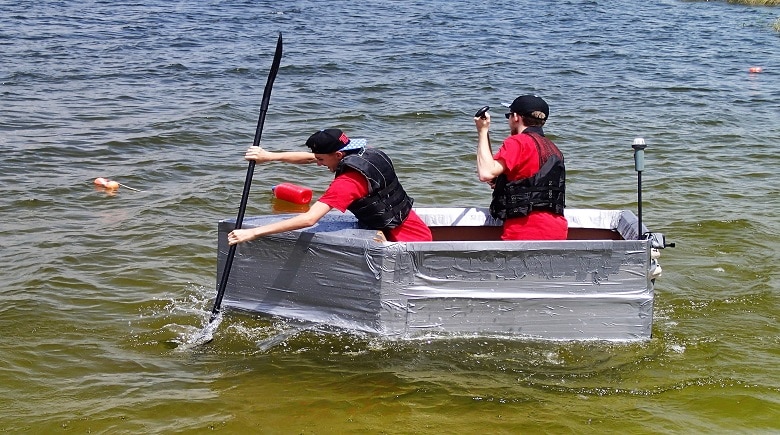 “It is amazing,” said Brock. “It feels awesome, we are really excited.

“We are here to win,” Fay said. “It was a competition, and we came to win. We went way above expectations.”

Greg Cope and his grandson, Willie Underwood, made up the team for the Rocket Fishing Rod. This was the first year for Underwood, while his grandfather attended last year’s race.

Last year drew in a much larger crowd, what with the race being hosted on Labor Day weekend in conjunction with the Frostproof Centennial Celebration. While this year’s event did not have as large of a turnout, it proved to be just as spirited, Cope said. 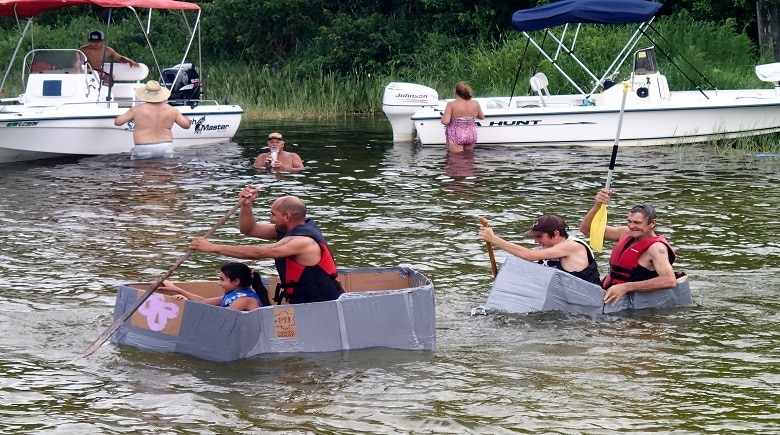 Cope had won second place during the race last year. He had hoped to win first place this year. Winning Most Spirited proved just as well, he said.

“I love it,” he said. “Give me a chance to spend some time with my grandson.”

The Cardboard Boat Race was hosted as part of Frostproof Lake Day on Saturday. The event saw other activities along the shores of Lake Clinch, including a performance by the Cypress Gardens Water Ski Team. 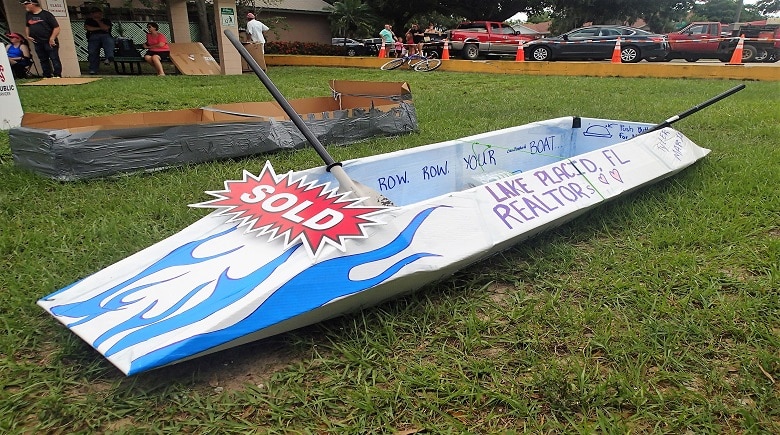 “This year, I think we all did well,” said Sarah McElliot, Frostproof Library Assistant, who helped supervise the race. “All the ones who participated. They go in strong. It was a really good success, and we want to continue this on for the kids.”

While this year’s race did not have as large of a turnout as last year’s event, the people attending and participating seemed to really enjoy the event nevertheless, and they hope to see more people attend next year, she said. “The most I loved was seeing the smiling faces and the determination of those coming on the field and giving their all, even when the paddling got tough, they did not give up, even when their arms got sore, they kept going,” she said. “It was really great.” 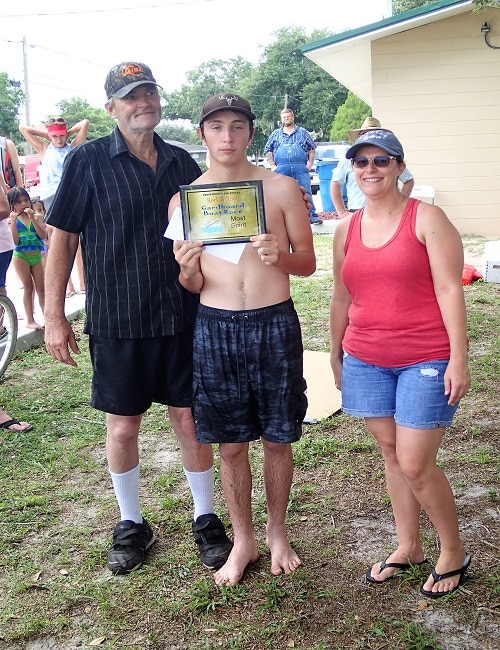 Winner of Most Spirit 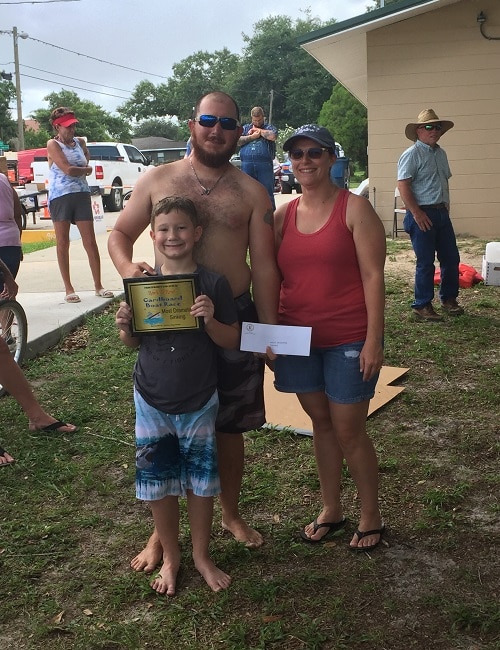