Winter Haven Relay For Life Takes Off To Galaxy Far, Far Away

Winter Haven Relay For Life Takes Off To Galaxy Far, Far Away 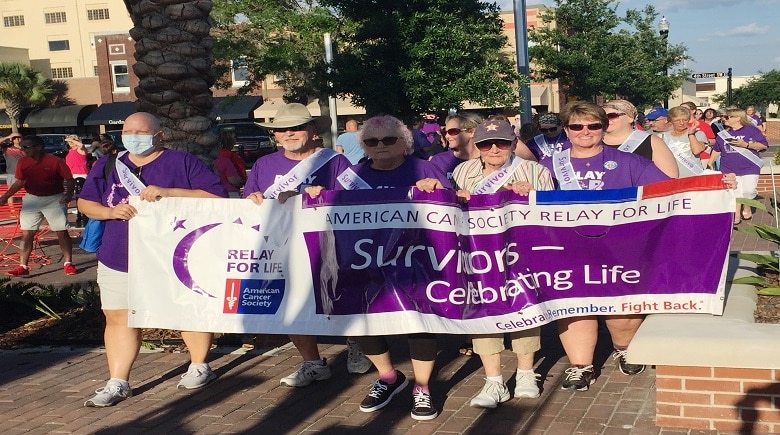 Sue Smith and her family know the struggles of cancer all too well. Her husband, Steve, was diagnosed with cancer 15 years ago. He has long since recovered.

Her father was diagnosed with colon cancer on August 2017. He has since gone into remission, though he still suffers with the side effects of his treatments.

Sue herself was diagnosed with high risk ovarian cancer on January 2018. Like many of her loved ones before her, she has since survived it. 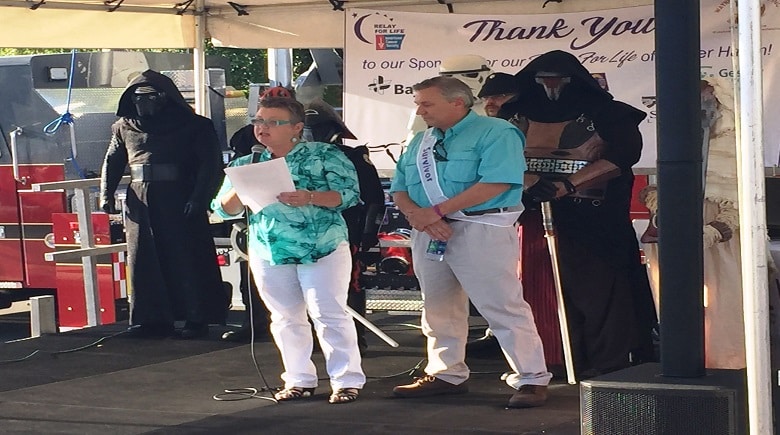 “‘Cancer’ is one of the toughest words we pray that we would never hear, and that we hope never enters into our home and family; but unfortunately, it becomes part of so many of our lives,” she said.

Though her past experiences with cancer, be it her own or that of her loved ones, have proven difficult, through it all, she has only come out stronger than before, and more than strong enough to continue the fight against the disease.

“Cancer is not an easy thing to go through,” she said. “I believe all the cancer survivors out here tonight will agree with me. Cancer is the hardest thing you have ever been through. But going through the cancer battle changes you as a person. You become a cancer warrior.”

Smith served as the Honorary Chair for this year’s Winter Haven Relay For Life, hosted on Friday evening in Downtown Central Park. 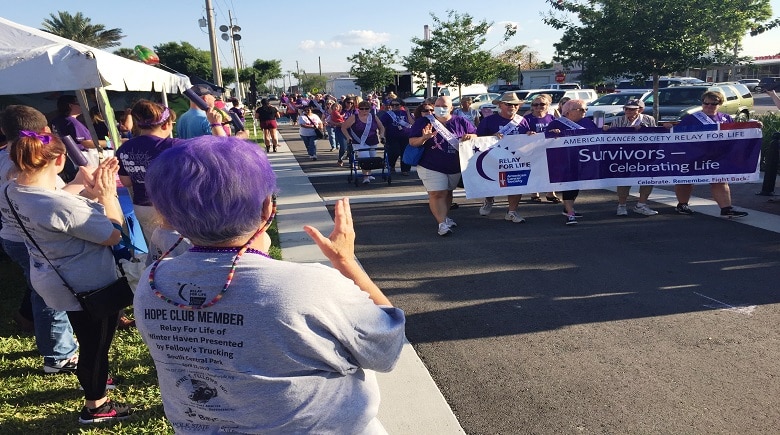 She and several dozen cancer survivors from the local community kicked off the event that evening by marching within the Survivor’s Lap around the park, honoring their victory against the disease.

They were later followed by the Caregiver’s Lap, which, true to its named, honored the achievements of local caregivers who assisted local cancer patients and survivors by having them march around the park.

Throughout the remainder of the evening, more than a dozen teams participating that evening took turns having their individual members walk laps around the park while other members offered food, games, and merchandise to help raise funds for the event.

More than 20 organizations from throughout the community participated that evening, including Heartland Church, BayCare, State Farm, and CenterState Bank. Each competed with one another in order to help raise the most funds. 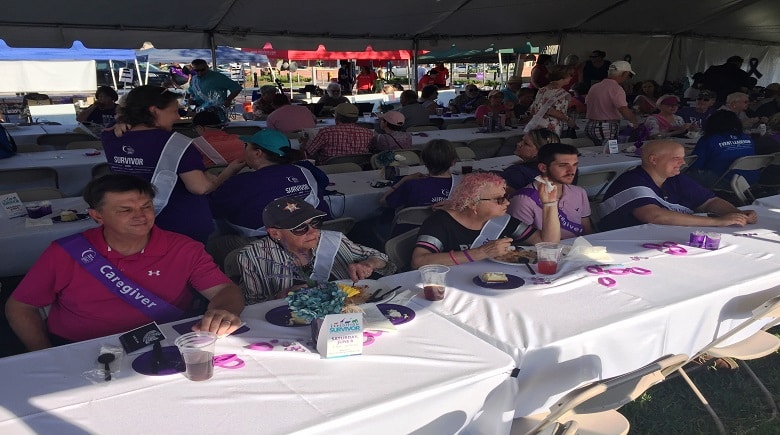 This year’s theme took the event to a galaxy far, far away with a focus on “Star Wars.” Several teams participated in activities related to the movie, from offering a “Star Wars Angry Birds” slingshot game, to selling “Star Wars” treats such as lightsaber pretzel sticks and “Wookie cookies.” The event even saw an appearance from the Star Wars cosplayers of the 501st Legion. 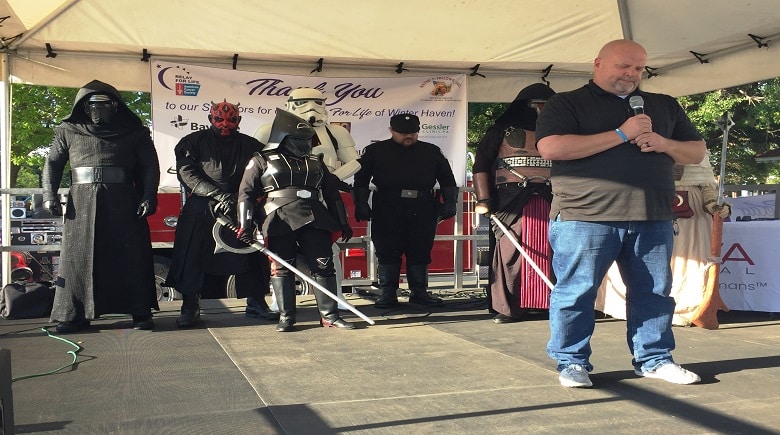 Relay For Life is an annual nationwide event, organized by the American Cancer Society, hosted in communities across the country to help raise funds and awareness for cancer by honoring survivors who overcame the disease and remembering loved ones who unfortunately lost the battle. 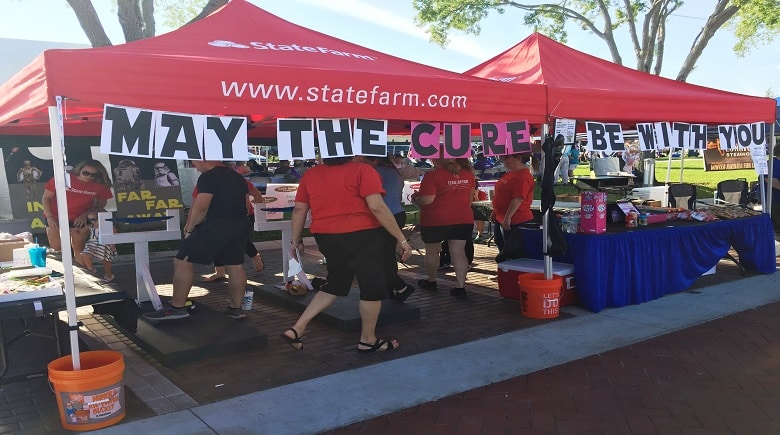 This year’s event in Winter Haven was hosted in the new South Central Park. Chris Hazelwood, Relay for Life Chair, was most impressed by the new venue, and commented about how it would serve as a great location for many future events. The new event space especially proved valuable for their event, which attracted hundreds of participants willing to march in the battle against cancer, she said.

“It is an amazing gathering,” she said. “Over the next several hours, we will be on a life-changing journey that will celebrate those that have battled cancer, remember those we have lost, renew your commitment to fight against this disease and end it once and for all.” 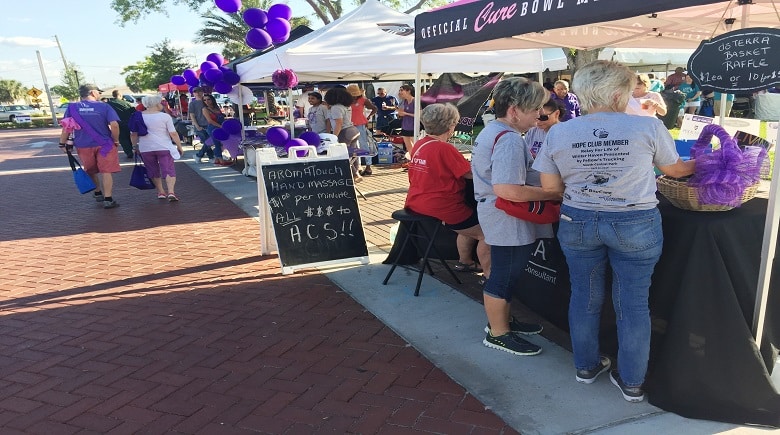 Deb Schulte, Relay For Life Co-Chair, participated with her own team from BayCare. She commented how her own organization helps cancer patients and their families by them the best medical care.

For more information about this year’s event, visit their website at: https://secure.acsevents.org/site/STR/RelayForLife/RFLCY19SER?pg=entry&fr_id=91358 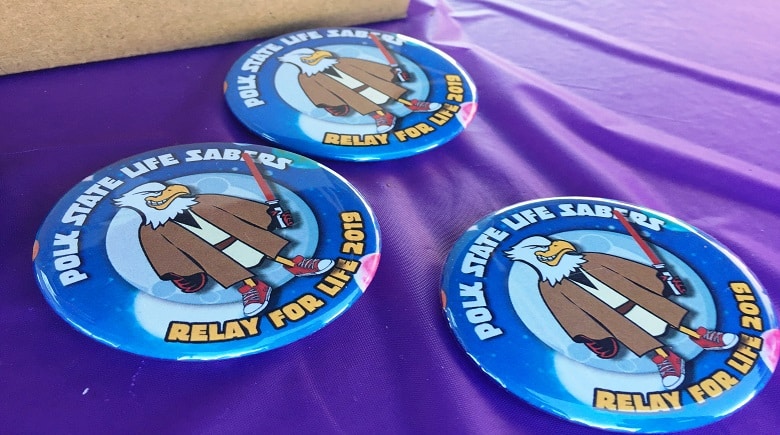 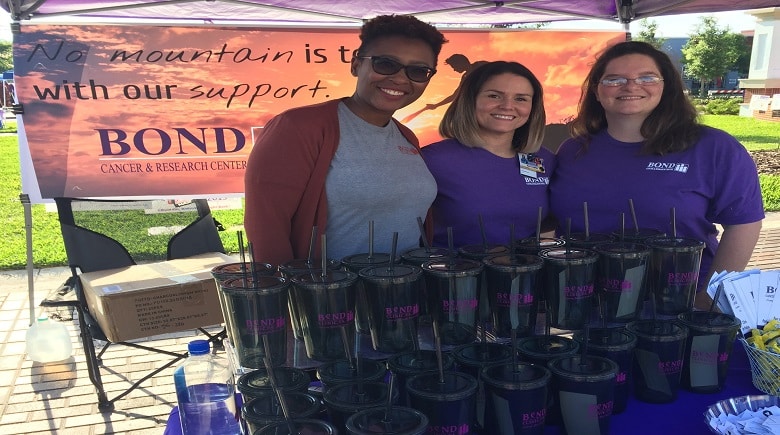 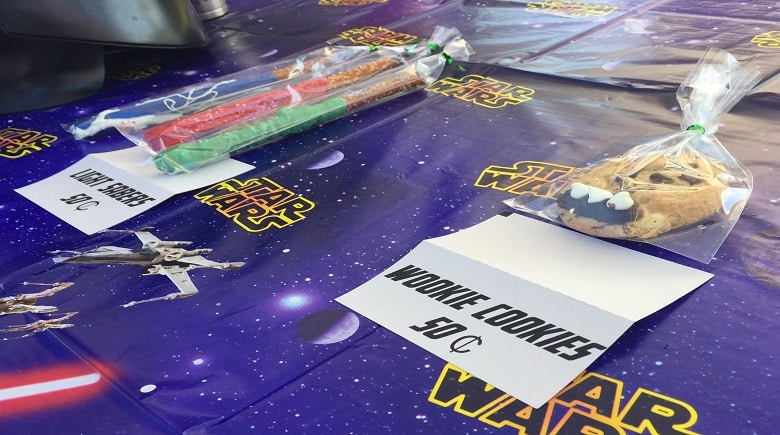 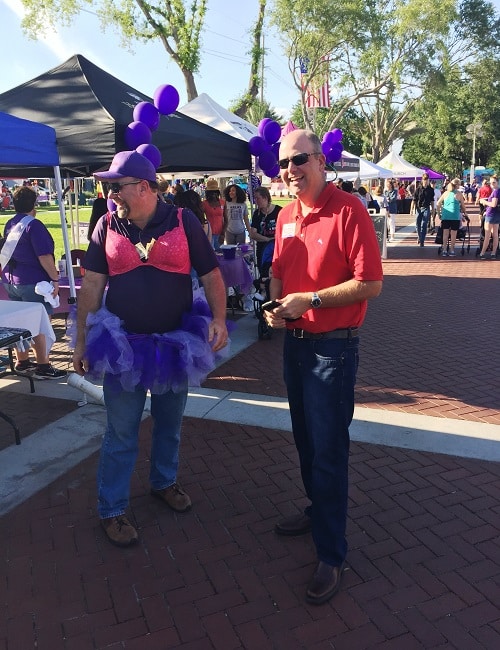