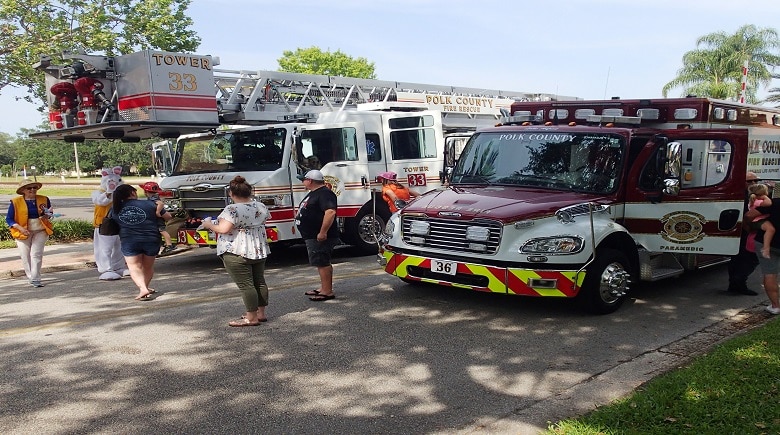 Whenever a fire breaks out in the Florida wilderness, Lee Higgins and his fellow park rangers bring out two main pieces of equipment to fight the flames.

The first is a bulldozer that clears away the debris. The other is the transport that brings out the bulldozer to the scene of the fire. 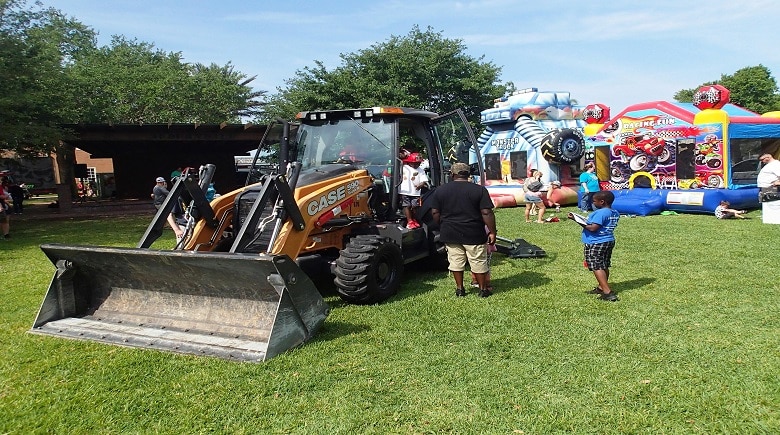 Another important piece of equipment is the helicopter, which flies high above the burning forest and dispenses buckets of water upon the raging flames below.

When not used to fight fires, the helicopter is also used to scout forests to detect places that would require a prescribed burn. When such a place is found, ping pong balls are dropped from above to mark the location.

All three pieces of equipment, including the helicopter, we showcased during this year’s Touch A Truck event in Auburndale on Saturday morning.

Lee Higgins, forest ranger, brought out all three fire-fighting vehicles to allow guests, especially children, to touch and even climb within. 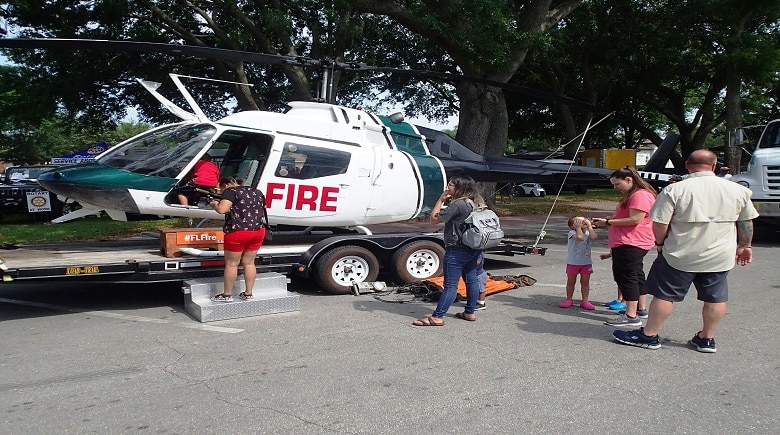 Higgins especially loves to see the children climb aboard and inside the helicopter to be able to experience firsthand what it’s like to sit within the pilot’s seat.

“We love seeing the amount of people asking questions about what we do and us telling them what we do,” Higgins said.

Their vehicles were several of the dozens of other vehicles displayed at Auburndale City Park during the city’s annual event. 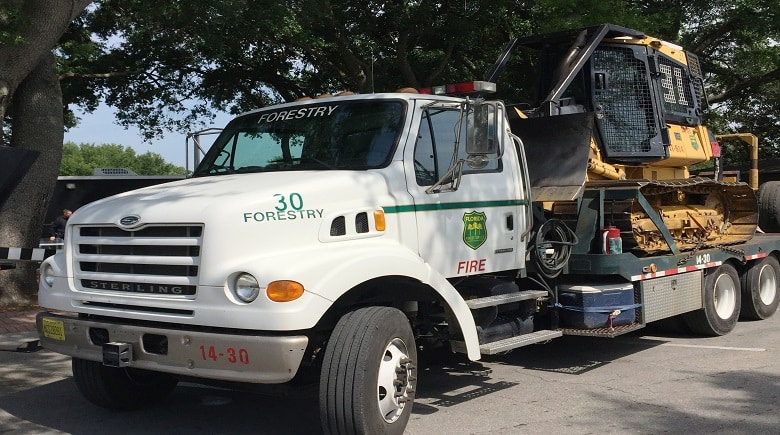 More than two dozen vehicles of all shapes and sizes were showcased, including fire trucks, dump trucks, police cars, and even race cars.

True to the event’s names, guests, especially children, were allowed to get up close, touch, and even climb aboard these vehicles and ask their drivers questions about them.

When not touching vehicles, guests could peruse many of the other activities at the event, including bounce houses, food trucks and vendors, and several booths hosted by local organizations such as Berea Baptist Church and the Rotary Club of Auburndale. 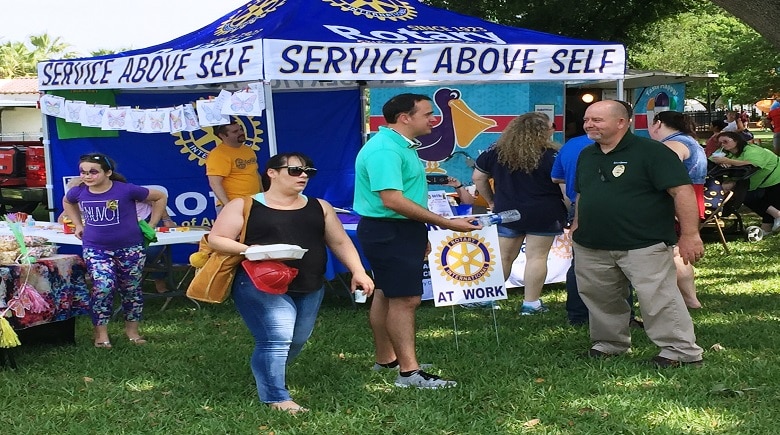 The recycling component of the event was added this year to tie in with Spring Cleanup Week, a weeklong event hosted by the city’s public works department to encourage citizens to clean out their garages and properly dispose of their waste.

“We wanted to add in the recycling feel the week before and allow people to come and recycle things that aren’t always easy to recycle,” said Cody McGee, City Recreational Director.

The annual event has been hosted for many years, even long before McGee himself started working for the city nearly a decade ago. Since taking over as director, he has seen the event grow in leaps and bounds, with this year’s event more than exceeding initial expectations.

As the father of a one-year-old son himself, McGee loves being able to provide the children of the city with fun activities for them to engage within, especially when it has an educational component such as providing learning opportunities about the city’s many forms of transportation.

“The trucks are getting bigger and bigger each year,” he said. “I think expectations went above and beyond. We have more vehicles than we ever had, we are seeing more smiling faces, so I think this year is a good year.”

Participating in this year’s event were many local organizations such as the Rotary Club, which was raising money and awareness for its upcoming event: Hole-In-One.

Eric Pospichal, President Rotary Club of Auburndale, and his fellow Rotarians were selling tickets for the event, as well as raising proceeds through face painting. They even partnered with Pelican’s Snoballs, which donated 20 percent of the proceeds for their cause.

The Rotary Club is hosting the event as a fundraiser to raise money for a butterfly garden to be planted across from the senior center and raise awareness of Alzheimer’s Disease. Both work together in tandem with one another, as butterflies are often used by nursing homes as a symbol of the condition.

As for the Touch-A-Truck event, at least two of their Rotarians brought out their own jeeps to the event to allow people to touch for themselves, as well as to raise awareness for their fundraiser and cause.

“We are doing pretty well,” Posphical said. “I don’t have exact numbers, but we had a good start.” 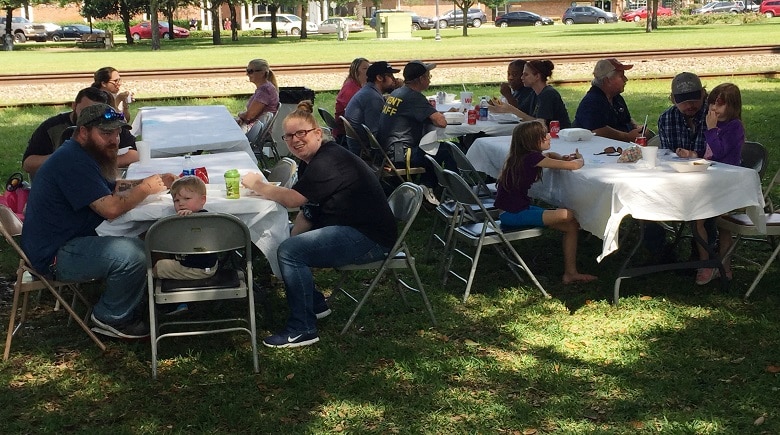 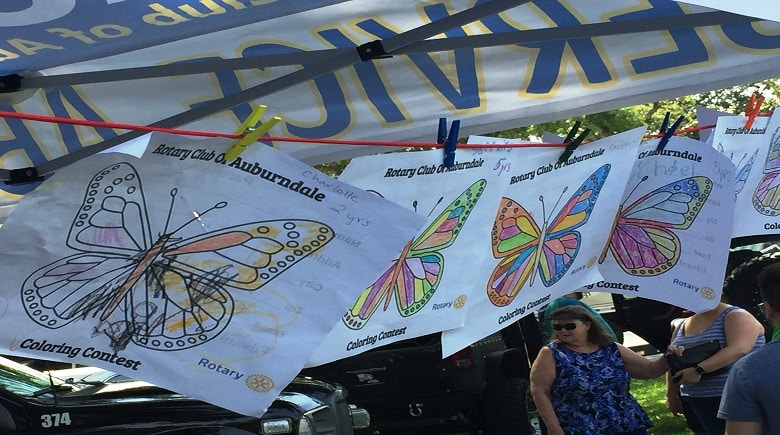 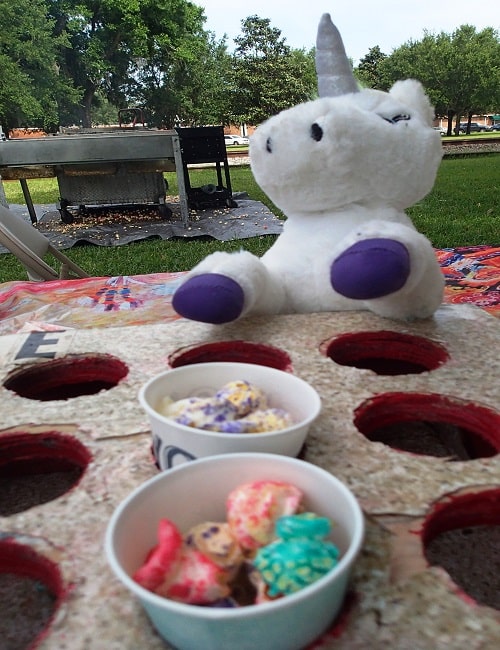 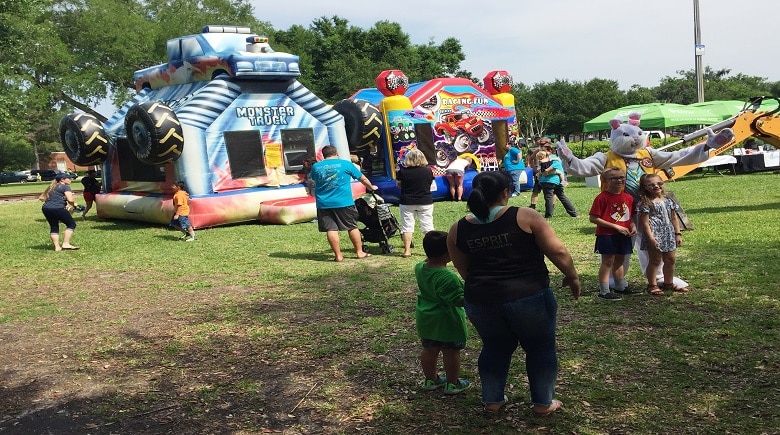