Downtown Winter Haven Lights Up The Night For 7th Year

Downtown Winter Haven Lights Up The Night For 7th Year 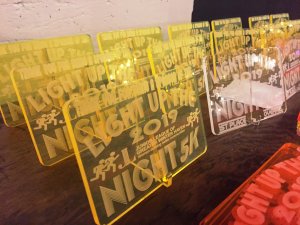 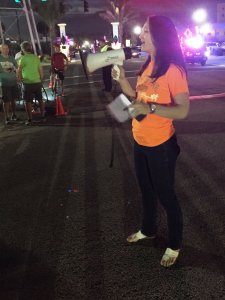 Hundreds of feet ran, jogged, walked, and peddled their way through a newly-renovated Downtown Winter Haven during the seventh annual Light Up The Night 5K on Friday evening.

More than 300 local residents participated during this year’s race, hosted as the annual fundraiser for Junior League of Greater Winter Haven, and thus helping to fund many of its community programs and services.

The race started at Magnolia Avenue, where the participants raced through the newly-renovated walkway with its new brick paving, hanging metal bench swings, and ambient colored lighting. The course then continued through the new South Central Park area, which includes a more spacious event space area and an electronic directory.

The race had participants run or walk through the rest of the Downtown Winter Haven area, past Lake Silver, and then having them turn around and retrace their steps back to the finish line outside of BB&T along Magnolia Avenue.

Following the race, the participants could celebrate their victory at the after party at Grove Roots, where they could enjoy food trucks, live entertainment, and overall lively camaraderie and drinks. 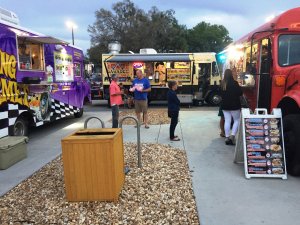 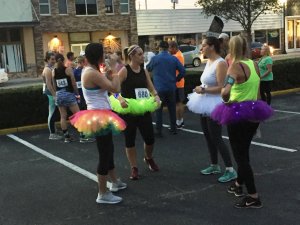 Light Up The Night serves as the largest fundraiser for Junior League of Greater Winter Haven. The non-profit organization uses the proceeds to fund many of its programs for the local community. One such program is its mobile pantry, which, through a partnership with Feeding Tampa Bay, helps feed over 225 local families, explained Aleah Pratt, League President.

The race was started seven years ago as a way to raise funds for the local organization, as well as to allow its members and local residents to become more active, Pratt said.

“This is the involvement of women wanting to be more active,” she said. “A lot of us, when we got together, realized that this was a stress release, a fun way that with a fundraiser could bring the family together, something that everyone could do.”

Since its inception, the race has continued to grow, not only in length, but also in participants and proceeds, with each and every year more than exceeding expectations, Pratt said.

“This year’s event has blown my mind, it has exceeded every year and become better and better,” she said. “The entire organization as a whole, this has brought us all together as volunteers, not only do we impact the community, but we train women who are in this organization.”

Last year drew in 301 participants. This year’s event had 325 participants pre-registered, as well as several dozen who registered at the event that evening.

This year’s event had its trophies and t-shirts designed and created by Dundee Ridge Middle Academy. Also new this year was the discount level for ages 65 and over in an effort to draw in more elderly participants, especially those from up north.

Many of the participants within this year’s event have been with it since the very beginning; while for many others, this was their very first time.

Bailey Hill, external marketing manager for Forni Dental, and her team have been sponsoring and participating within the event for the past two years. They love being able to enjoy the camaraderie with other runners, as well as being able to help out a local cause such as the Junior League.

“It was really well done,” Hill said. “It was prepared well, and the Junior League did a good job. It is beautiful, well lit, [and] good to see everyone…seeing everyone cheer you on the whole way, supporting you.”

Andrea Ingraham has many friends within the Junior League who encouraged her to participate in this year’s event. This was her first time, and she was not disappointed in the least.

She especially loved how the race was well paced, allowing everyone to run as fast or walk as slow as they wanted to without feeling a need to overpower themselves.

“This was great,” she said. “The course was set clear so no one had issues running. It was awesome, it was competitive, but not discouraging competitive.”

Her friend, Janet Gomez, attended along with her. The two of them wore very colorful clothing, with Ingraham wearing a pink tutu with electric lights, and Gomez wearing a rainbow tutu.

Both of them had a lot of fun with the overall camaraderie with the other runners. As with Ingraham, she too also appreciated how the race allowed everyone to participate regardless of their athletic prowess.

“Everyone was relaxed,” she said. “It was a race, yes, but at the end of the day, you could walk if you wanted to, you can run at full speed, but it was space for everyone and everyone was at ease. You felt at ease either walking or jogging. It was really good. It was comforting.” 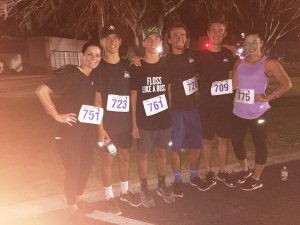 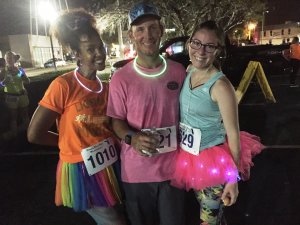