Underneath a large tarp tent erected alongside U.S. 92 dance a couple adorned in shimmering turquoise jewelry and headdresses, which shimmer even more as they perform the traditional dances passed through their family. 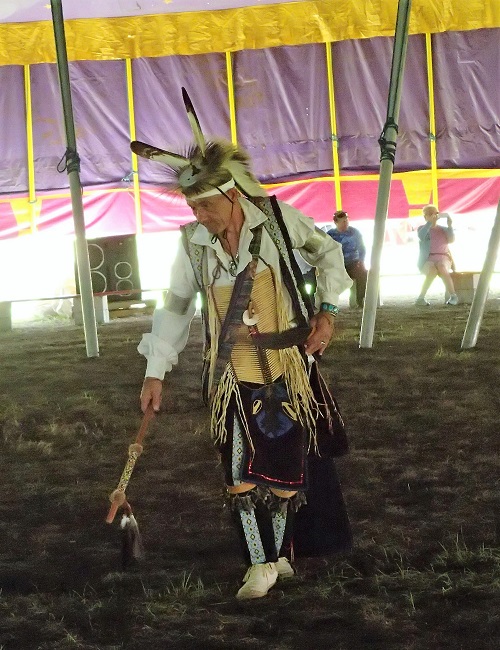 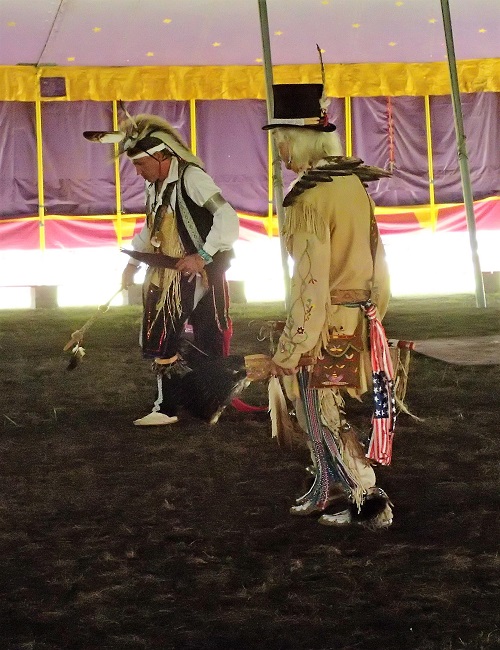 Upon finishing their dance, the two then retreat to one of the many booths lining the outside of the tent, where they sell brightly colored artwork ranging from painted skulls to turquoise jewelry and feathered dream catchers. For most visitors at this festival, these dances are performed for their entertainment, and these trinkets are sold for their convenience. 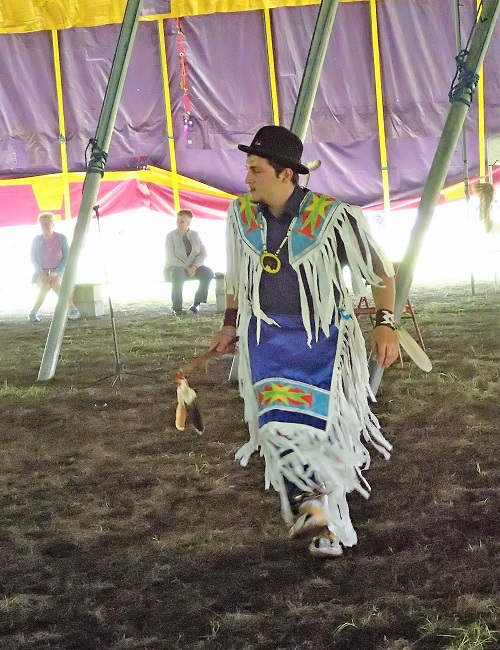 But to Rose and Luis Salinas, their dances are more than entertainment, and their arts and crafts are more than merchandise. For them, this art represents more than a century of history and heritage for their families, both descended from the original Mexican Aztecs. 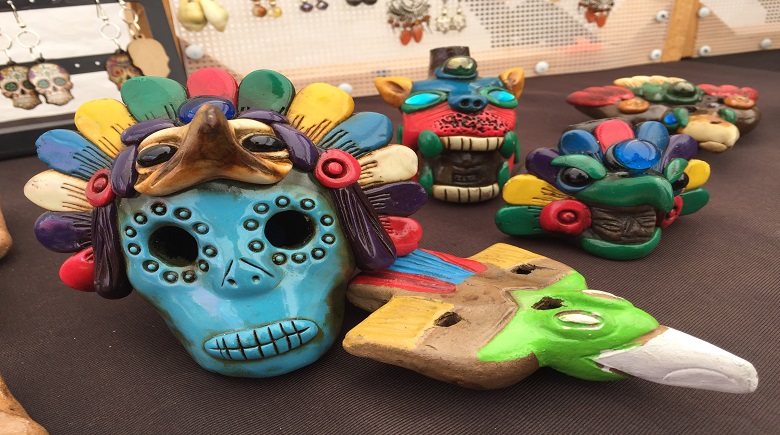 “It is part of our tradition,” Rose said. “All of the colors have meaning. The patterns all have meaning. They’re all precise, like our dances. They are something, a way for recording our past histories, recording who we are…that is a part of us and part of this tradition.” 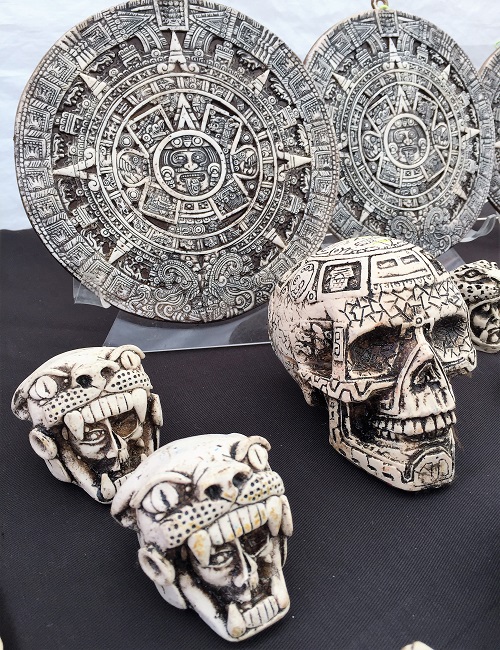 For the past five years, the Salinas family have been some of the many native Americans who travel across the country and even the world to honor their history and heritage at the Spirit of the Buffalo Pow Wow in Auburndale, one of the largest Native American pow wows in Florida.

For nearly three decades, the annual pow-wow has allowed people, especially of indigenous heritage, to congregate to share their traditions passed down from generation to generation, whether its dancing, archery, bow and arrow making, or other arts and crafts associated with their native culture.

Over two weeks during the weekend, the event allows visitors to learn more about native American culture through demonstrations and arts and crafts vendors. For these visitors, this event provides an enlightening and entertaining experience to learn about a culture outside of their own, yet equally reflective of their shared humanity.

“We want them to remember their traditions,” Rose said. “I cannot speak for the other [native American] here because every [native] is different. We are people who are caretakers of the earth, and in our traditions and ceremonies, we are teaching the human beings around us to take care of the Earth.”

The annual event has been hosted for the past 23 years at the International Market World in Auburndale, which has been in operation since 1981.

The central attraction to the pow wow is the big tent, which allows for performances and demonstrations of songs, dances, and other traditions rain or shine. Outside the tent are several smaller tents and booths offering merchandise related to native American culture, including pipe flutes, bows and arrows, spears, jewelry, and dream catchers. 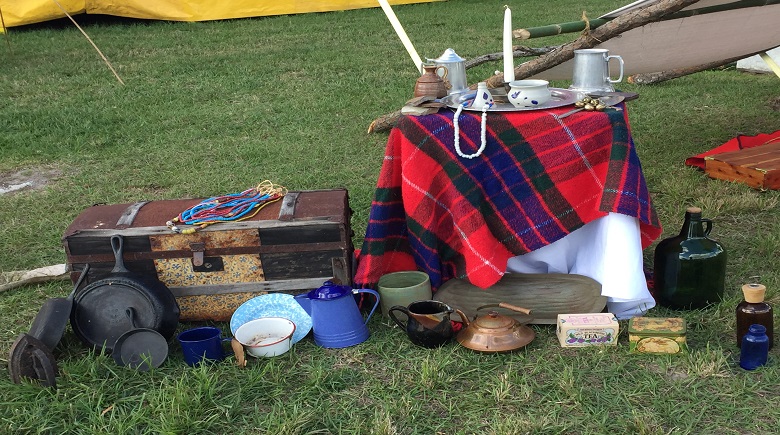 Visitors can also watch demonstrations of activities once performed by the original native Americans, from living within teepees and cooking over and open fire to mining for rare gems and minerals.

The event is hosted for two weeks on Friday, Saturday, and Sunday, with special days offered for local school field trips, providing them with an educational opportunity to learn about native American history and culture. 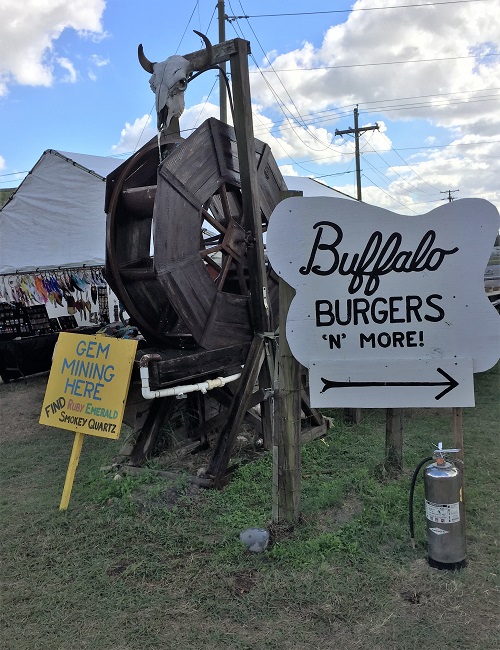 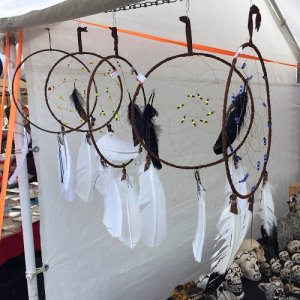 “We make it a fun event for everybody,” explained Vincent To, the main supervisor of the event. “They come from all over and enjoy themselves and learn about native American culture.”

Offering an opportunity for local residents and visitors to learn more about the real history of America prior to colonialization proves to be the biggest draw for the event, drawing in people from across the country and even from Canada, To said.

“Most of the people…they want to learn about…different things,” he said. “It is a fun and educational event. You come out and see different things and learn about Native Americans and how they lived in the past.” 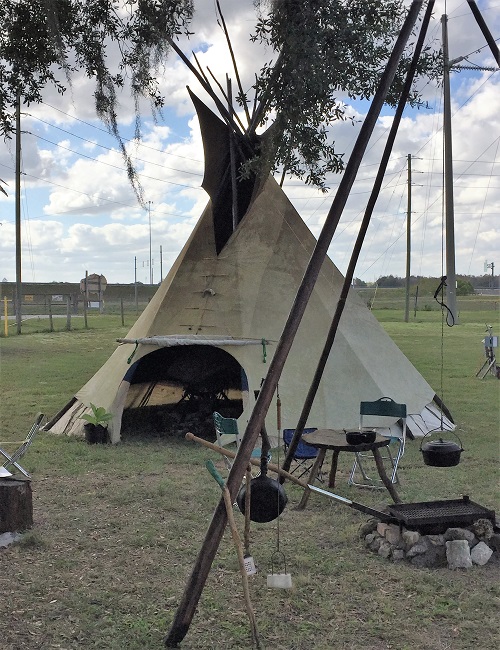 While many of the demonstrators are of Native American descent, others are run-of-the-mill historical reenactors who visit the event as to share skills and crafts passed on through the ages.

One such demonstrator, Randy Rain, visits the event to share his craft of blacksmithing, preparing iron over flame before pounding it with an anvil and hammer to make everything from pots to kettles. For the past 19 years, he has been demonstrating his blacksmithing skills, and has been doing so at the pow wow for nearly 10 years.

Aside from showcasing the history and heritage of Americans, especially the original Natives, the event also allows him the opportunity to visit with fellow demonstrators, as well as sell merchandise that is truly all-American.

“Most of the stuff out here is handmade by Native Americans,” he said. “It ain’t made from China.”

Spirit of the Buffalo Pow Wow is hosted at International Market World, located at 1052 Highway 92 West Auburndale, Fl 33823. The event will be hosted Jan. 18, 19, and 20 from 10 a.m. to 5 p.m. For more information, visit their website at: https://internationalmarketworld.com/