Mike and Billie Sue Hutto both serve great food at their restaurant, P&J Recreation, in Frostproof.

More than 200 dinners were sold during the barbecue fundraiser on Saturday, raising more than $2,800 for American Legion Post 95, Billie Sue said. 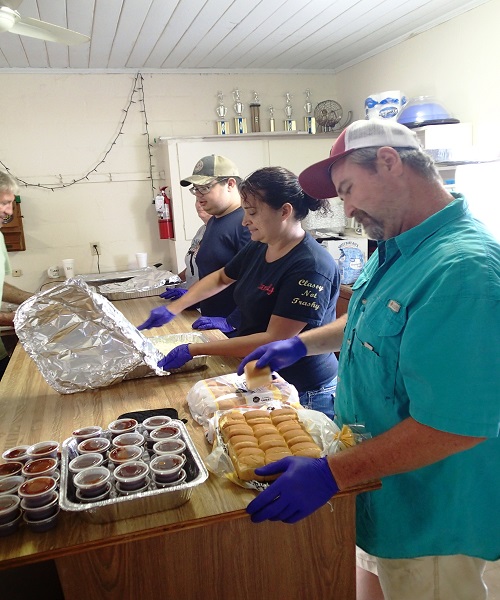 The post recently moved to its new location at the Frostproof Community Clubhouse located along East Wall Street, which the Frostproof Tourist Club has been using for the past 18 years.

American Legion Post 95 has since received a lease from the city to host their meetings at the clubhouse, and will be sharing the facility with the Frostproof Tourist Club.

Previously, American Legion meetings had been hosted within the side building adjacent to P&J Recreation, which had been designated as the city’s post three years ago. 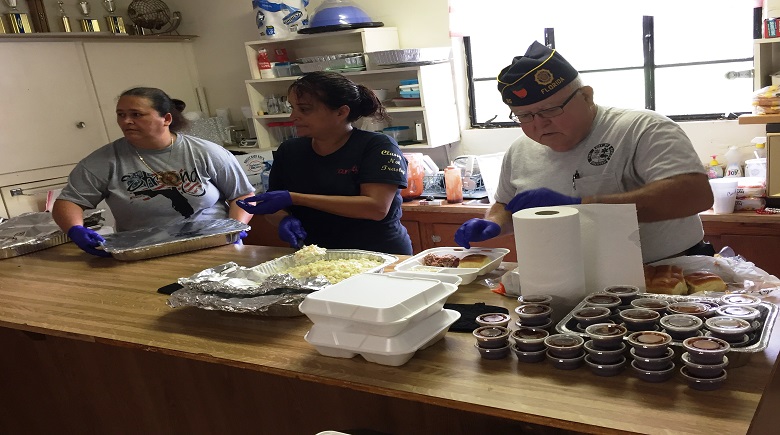 As the owners of the restaurant were both proud veterans who had served in Afghanistan, they wanted to utilize the space next to their building to facilitate other veterans within the surrounding area.

Now that the American Legion have moved their operations and meetings to the Frostproof Community Clubhouse, the old location will serve as an extension to P&J Recreation as a second restaurant, Billie Sue said. 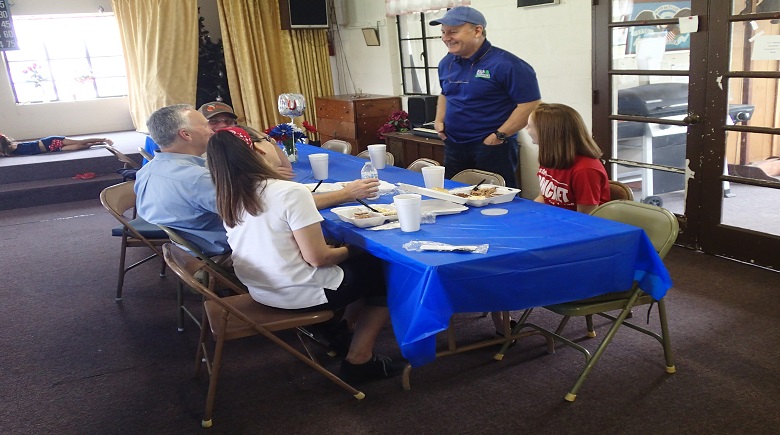 Aside from the scenic view of Lake Reedy, the new location offers a larger facility on an even larger property located near Veterans Way, providing the Post with a larger venue to host future events and meetings.

“It is a better location, better for the community, and we hope to have events and other things here in Frostproof,” Billie Sue said.

Since starting three years ago, American Legion Post 95 has been giving back to the local community through fundraising events such as “Quarters for a Cause”, a monthly bingo game that raises thousands of dollars for local residents in need.

For as much as the post has given back to the community during times of need, the community has since returned the generosity in kind by helping out the Post during its own time of need.

This was especially true during the fundraiser, which more than exceeded the expectations of everyone involved. 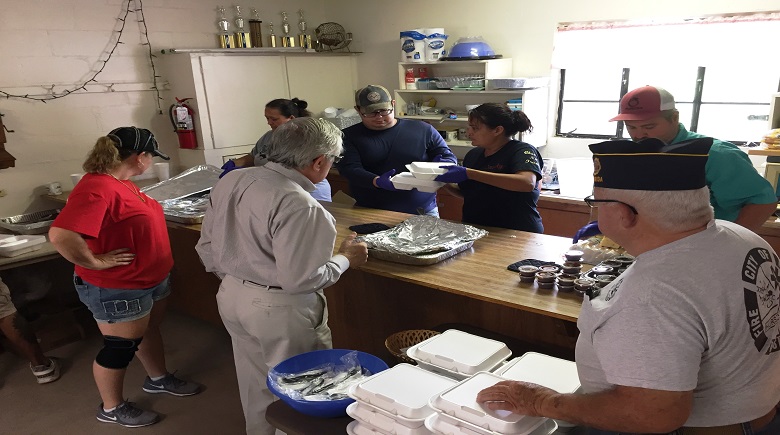 “Just another example of what Frostproof does,” said Mike. “We are overwhelmed by the support already…The American Legion has always been giving since we were open, and we return on our investment.”

Previously, the Huttos have contributed to the new location by having new air conditioning installed within the facility.

Helping with the barbecue fundraiser were several local residents, veterans, city council members, and business owners, including Angie Hanger from Watcha Got Cookin and Daniel Bush from Rollin Smoke.

Bill Lord, a former staff sergeant within the U.S. Air Force, is one of the many local veterans who has benefited from the local American Legion Post. He hopes that the post will continue to provide aid through their new location.

“They do a good job, they help quite a few people with benefits, getting them lined up to the VA [Veterans Association],” he said.

Mayor Martin Sullivan, who has been barbecuing as a hobby within his own backyard, helped volunteer at the event as the “head pork puller.”

Sullivan appreciates the service that the Post has provided the community, and anticipates it to continue serving the community within their new location, he said.

“I am looking forward to the American Legion having a good start in the new building…[and] for them to be able to further their aid and assistance to local citizens and to provide good events for the community as a whole,” he said. 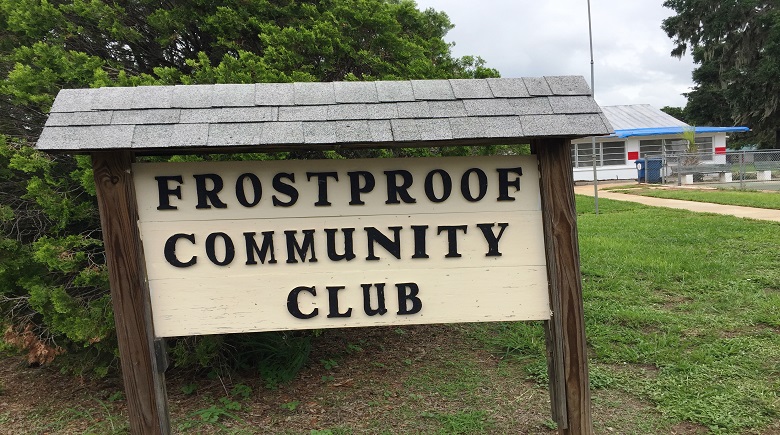