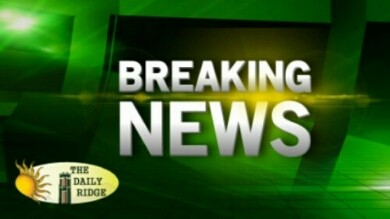 Just before 8:00 p.m. on Saturday, April 29, 2017, PCSO Deputies responded to a capsized boat on Lake Annie at the boat ramp located at 2955 Campbell Rd, Dundee.  Upon arrival the Dundee Fire Department was actively trying to pull the victim, Tommy Tucker from the lake.  Tucker was eventually removed from the lake and transported to Winter Haven Hospital where he succumbed to his injuries on Sunday, April 30, 2017.

Investigation revealed Tucker, his wife Karen Tucker, son in-law Eddie First, and daughter Jeanette Horne-First had been fishing on Lake Annie since approximately 1600 hours.  The group returned to the boat ramp at approximately 1945 hours to load the boat (1985 17-foot Wellcraft).  Tucker let the son in-law and daughter off the boat to get the truck and trailer while he and his wife waited.  While Tucker was attempting to load the boat on the trailer the boat took on water and started to sink.  Tucker gave his wife a life vest and she exited the boat.  The boat then capsized throwing Tucker in the water.  Tucker attempted to swim to shore but the current carried him into the weeds west of the ramp.  Eddie First attempted to swim out and help Tucker but could not reach him before Tucker disappeared under the water.   First then contacted 911 to request help.

The autopsy is complete; cause of death – drowning