Share
Facebook
Twitter
Whether you’re young to old, the great taste of barbecue is always a welcome favorite for many folks.
From ribs to pulled pork or chicken, everything tastes better when it’s barbecued. Barbecuing is an art that Peebles BBQ has mastered. When it comes to good barbecue, Peebles knows how to create a masterpiece.
Originally opened in 1947, Peebles Bar-B-Que has been doing business at the same location for over 50 years.
Located on the western edge of Auburndale, Peebles is just hidden enough you might pass it by if you weren’t looking for it. But once you’re near it, the sweet aroma of savory barbecue will guide you into its parking lot.
As you pull in, you’ll see an inviting white wood frame building surrounded by large screen windows with smoke rising out of the stacks on the roof. If you’re lucky, you wont wait long, although the popular eatery is usually quite busy. But their fast and friendly staff always keep things moving smoothly so you never wait long.
Patrons dine in a picnic-style atmosphere in a large open-air screened room that seat 60+ customers. Dinners are served on disposable plates with plastic utensils and drinks are served in styrofoam cups.
The menu is simple and tasty… pulled pork, sliced beef, ribs or chicken. Dinners are served with bread and three sides; creamy cole slaw, barbecue beans and potato salad.

New additions to the menu this season are the Loaded Baked Potato and the Garden Salad.

You can now order a regular baked potato or get the Loaded Baked Potato; which comes filled with your choice of pork, beef or chicken, topped with sour cream, cheese and butter!

Also new to the menu this season is the Garden Salad. You can also add your choice of pork, beef or chicken to it and make it a BBQ Salad!

The one thing you still won’t find on their menu is dessert. Peebles doesn’t serve dessert. You probably wouldn’t have any room left anyway!

The BBQ pits sit casually off the dining area allowing you a full view of the cooking process. The smell of barbecue wafts out of the pit as the pit master raises the lid to turn the ribs or pork so they are cooked just right.
Owners Dale Strickland and his wife, Marsha keeps things running smooth at Peebles. Marsha’s parents started the restaurant back in 1947. Marsha’s brothers, Jerry and Ryan took over the business around 1969. Dale and Marsha took over the operation around 1980 after Marsha’s brother Jerry passed and her brother Ryan wanted to retire.
Throughout the years; Peebles has come to be a favorite stop for locals as well as visitors from near and far.
Famous icons like Rosey Grier, Ricky Skaggs, Bob Hope and Jim Stafford have all dined on BBQ at Peebles.

Country music legends Tammy Wynette and George Jones were frequent visitors and dined there regularly when they lived together in Lakeland.

So come out to Peebles BBQ and find out for yourself what great BBQ is all about!!!

Peebles is closed during the months of July and August each year. 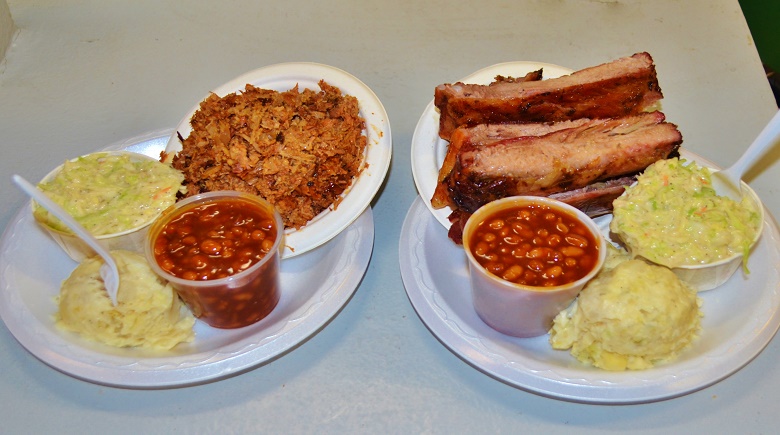 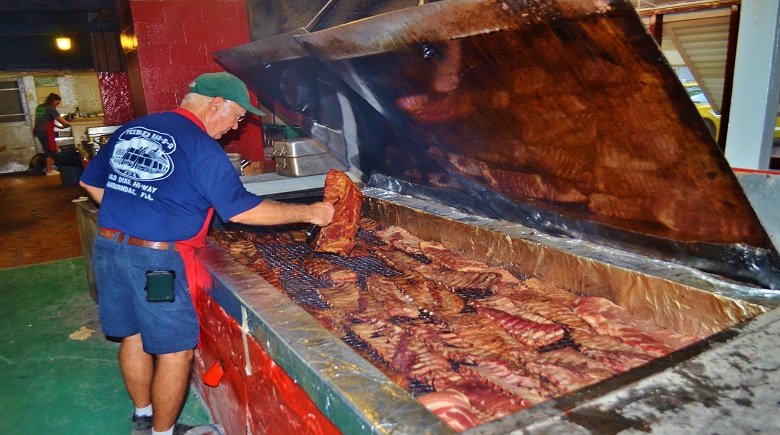 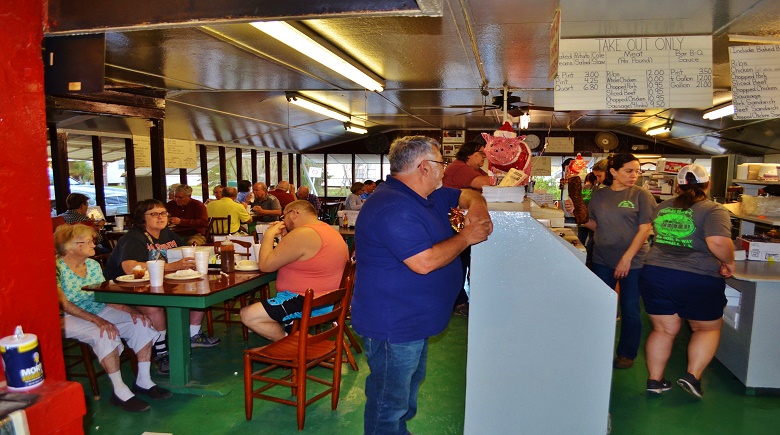 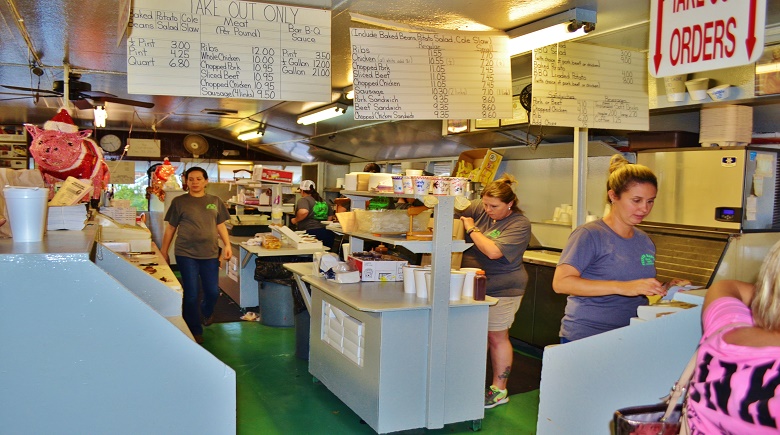 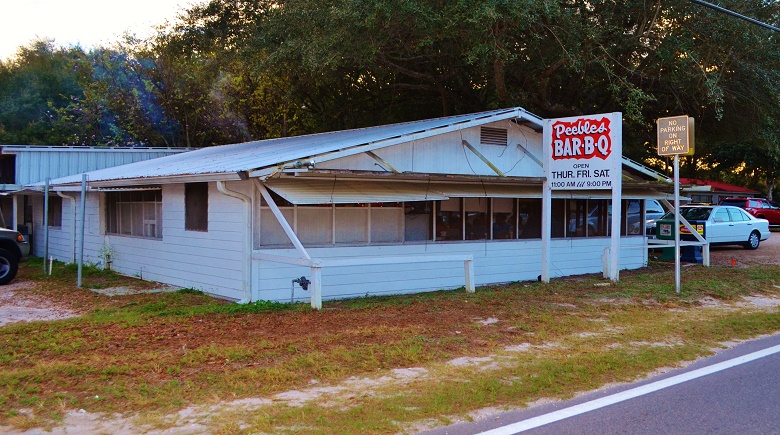